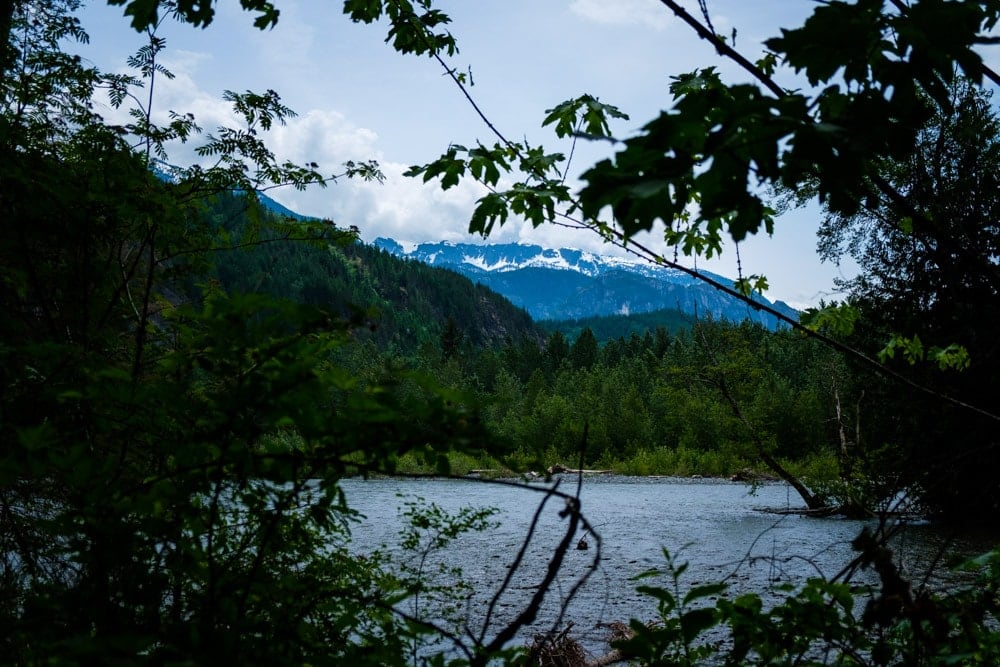 When I first met Josh he was planning to go to Canada mountain biking, so I'd heard a lot about Whistler where he had planned to go for the bike park. Somewhere I'd heard a lot less of was a place called Squamish which happened to be between Vancouver and Whistler, but was also known for its mountain biking. It made sense for us to stop there, we didn't expect to be spending nearly two weeks there but that's what happens when you don't really have a plan! You fit in amongst all the other Airbnb bookings that already exist and see what happens. As it turns out, Squamish was a lot bigger than we both expected and was rather nice.

We booked a Greyhound bus to take us to Squamish but it didn't leave until the afternoon so we had time between checking out in Vancouver and getting the bus. So we people watched in downtown Vancouver and then 'treated' ourselves to a lunch at Tim Hortons (think a Canadian Greggs, but a heck lot worse). It was horrible. But at least we then got a Nanaimo bar (another Canadian delicacy) to get rid of the taste, and that turned out to be delicious. 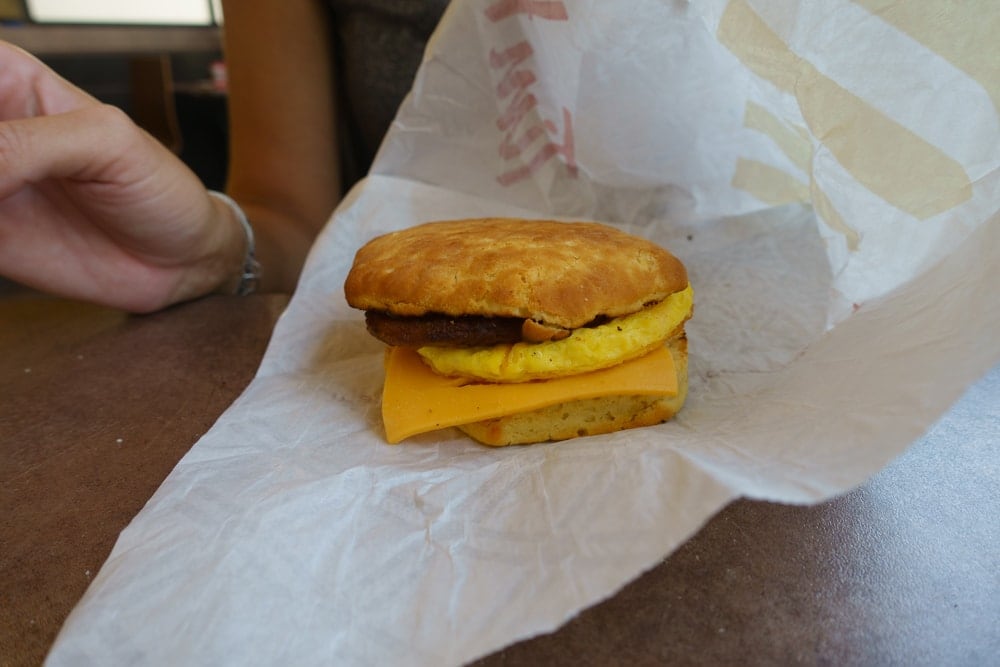 Once we got our bus (naturally I napped on the bus), we arrived in a rather beautiful Squamish. Everywhere you looked there were snow topped mountains but the lower levels were beautifully green. We first made our way to our first Airbnb, which turned out to be a converted garage. We spent our time trying the different restaurants available (all pretty delicious) and walking along different trails which were open to mountain bikes and hikers. 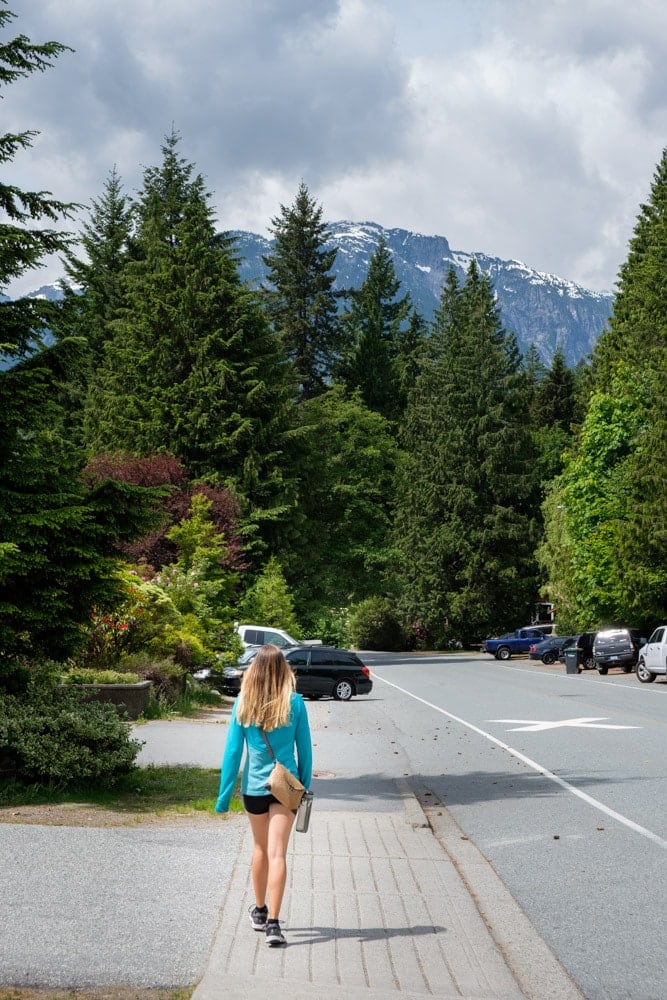 One of the hikes that was recommended to us by our hosts was for a short distance so steep and on loose mud that it required you to pull yourself up using a rope! That was a first for both of us! The area was also known to have a mother bear and two cubs so our hosts lent us their bear horn. We were in two minds when we were handed the horn, we really wanted to see a bear in the wild but we also really didn't want to be mauled by a bear! In the end it turned out that we didn't get to see a bear in Squamish, although we both independently thought we heard one! 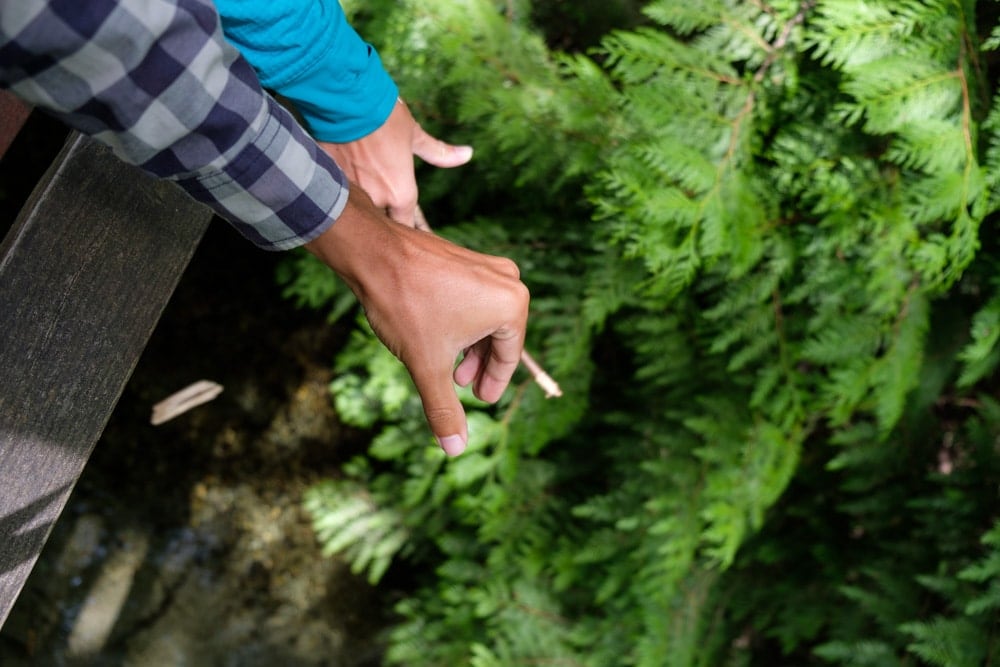 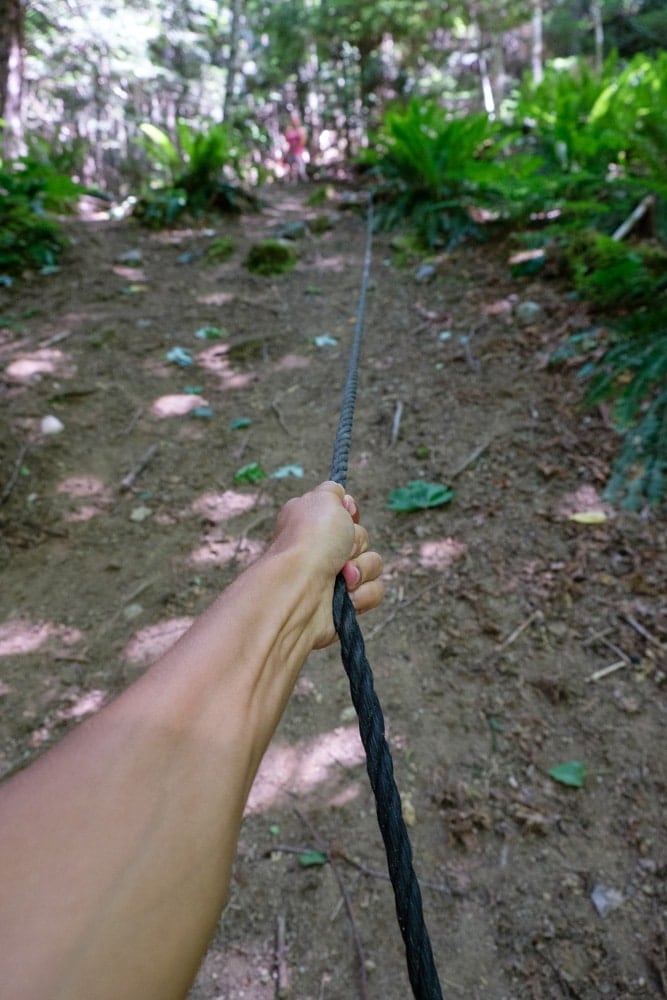 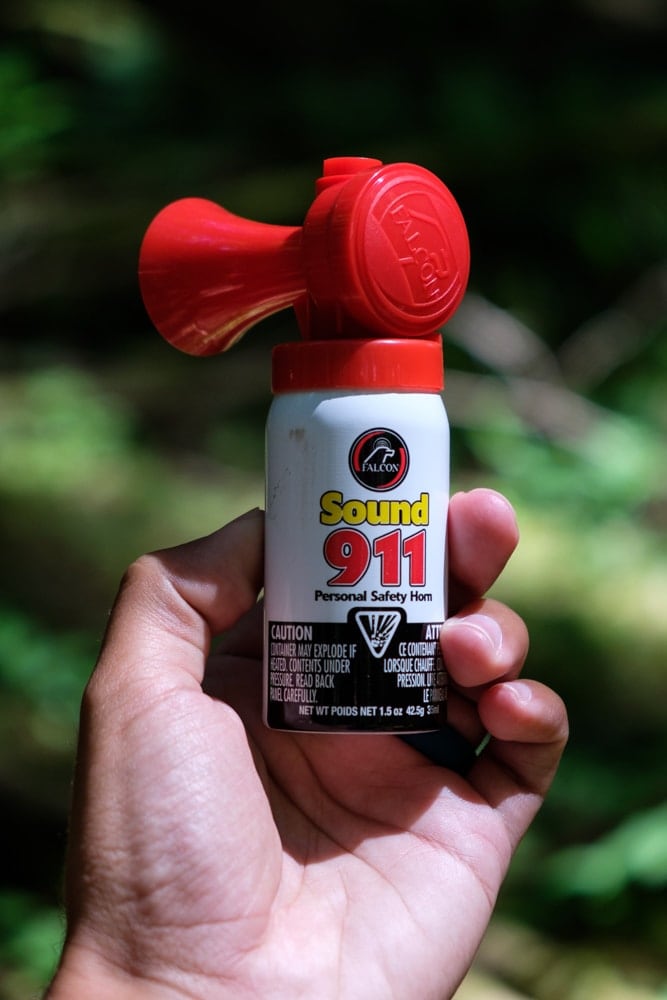 It was on the same hike another day that we saw a group of tourists in front of us looking up at the sky. When we turned our heads to look too we were also staring and pointing. We saw a circular rainbow around the sun – it looked epic! We assumed it was a rare occurrence and got very excited. Although when Josh later looked it up it turned out its way more common that we initially thought. Damn – still cool though. 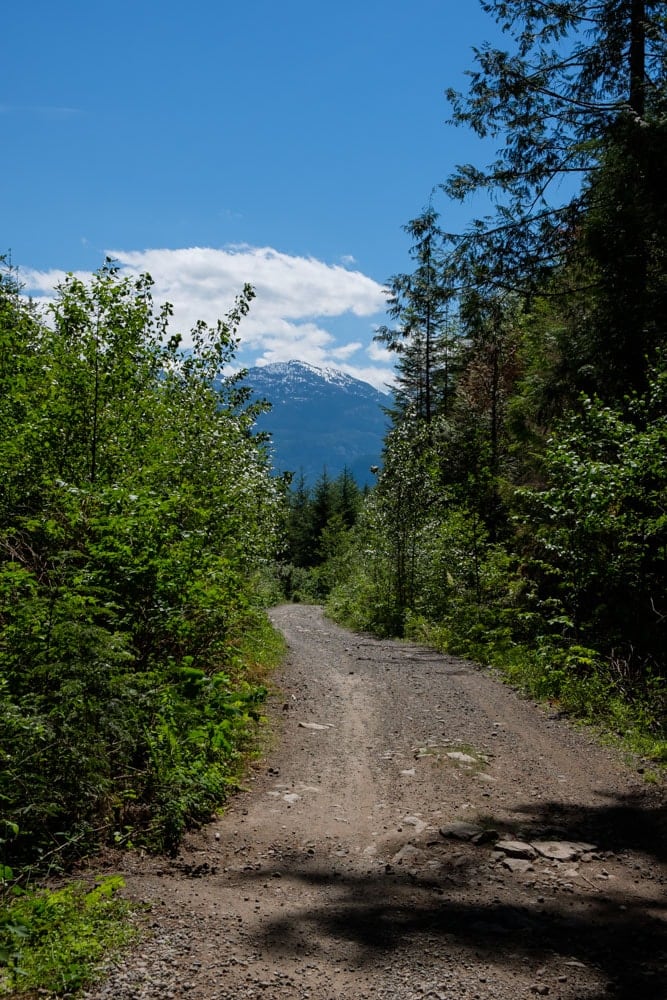 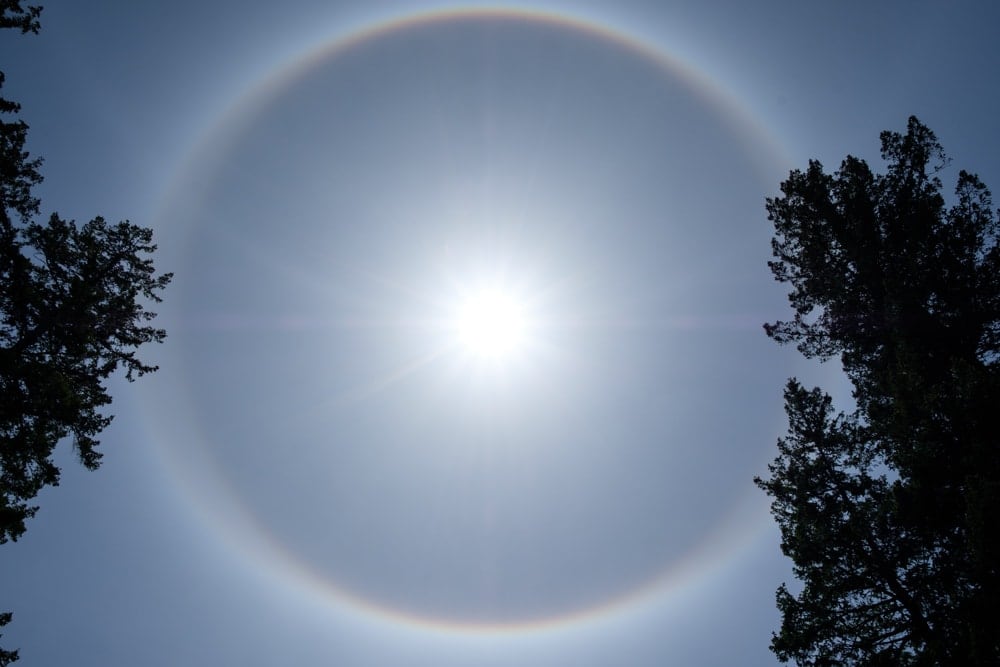 After seeing so many bikes on the trails Josh was keen to ride. Unfortunately we couldn't find a bike hire place near our first Airbnb so instead we borrowed our hosts old town bikes to ride on the roads. We wished we hadn't. They were rather scary to say the least! Garibaldi is quite a hilly area and to have barely working brakes was an experience I won't repeat again in a hurry! [Our hosts did say that the bikes were old and not very good and they were right, but I had fun! – Josh] 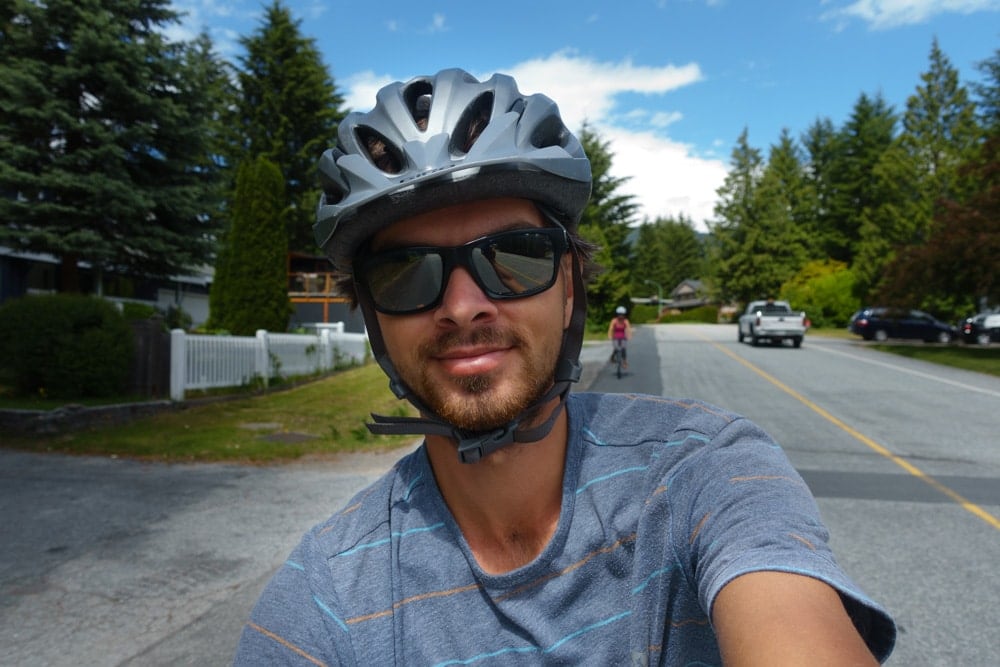 Whilst in the Garibaldi area of Squamish we also tried two new foods to us. One was poutine, a Canadian delicacy. If it can be described as a delicacy… it's chips, cheese curd and gravy. We tried it in a British themed fish and chip shop. The verdict? Soggy and very fattening. The second was kombucha, I'd heard about it through health food accounts but never tried it as I'm not a fan of tea. Turns out I am a fan of fruit flavoured kombucha though. We tried it in a university canteen where we had lunch one day on the recommendation of our host, the views from the canteen were epic but the food wasn't up to expectations. 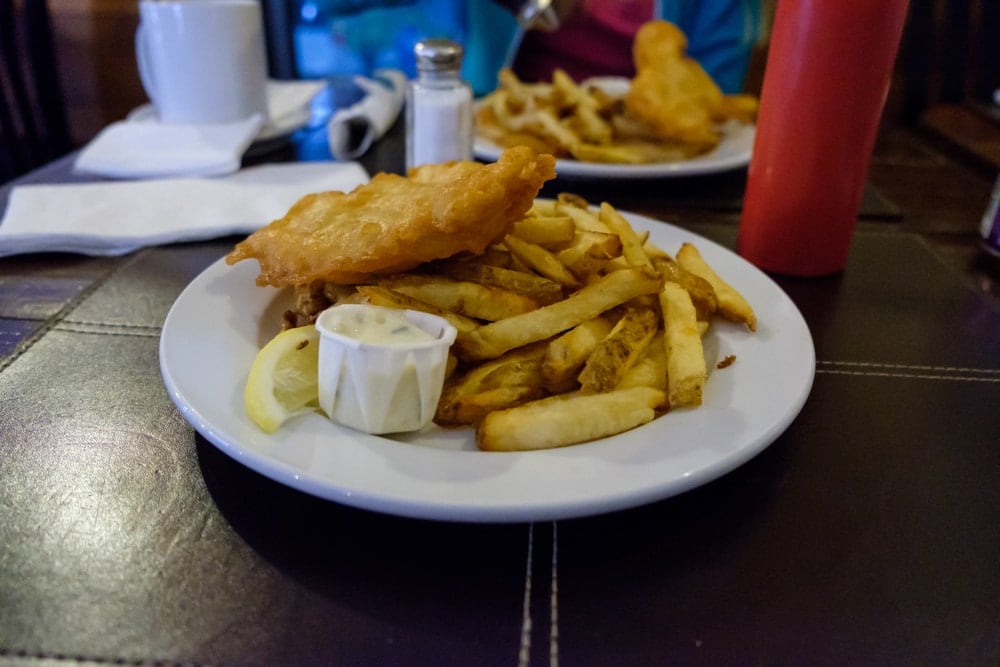 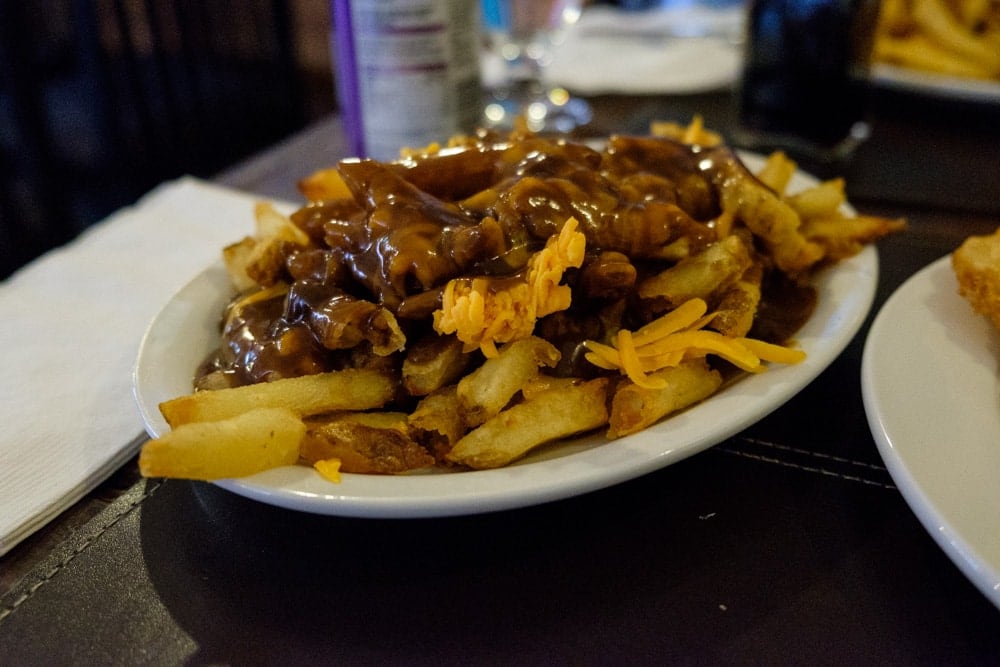 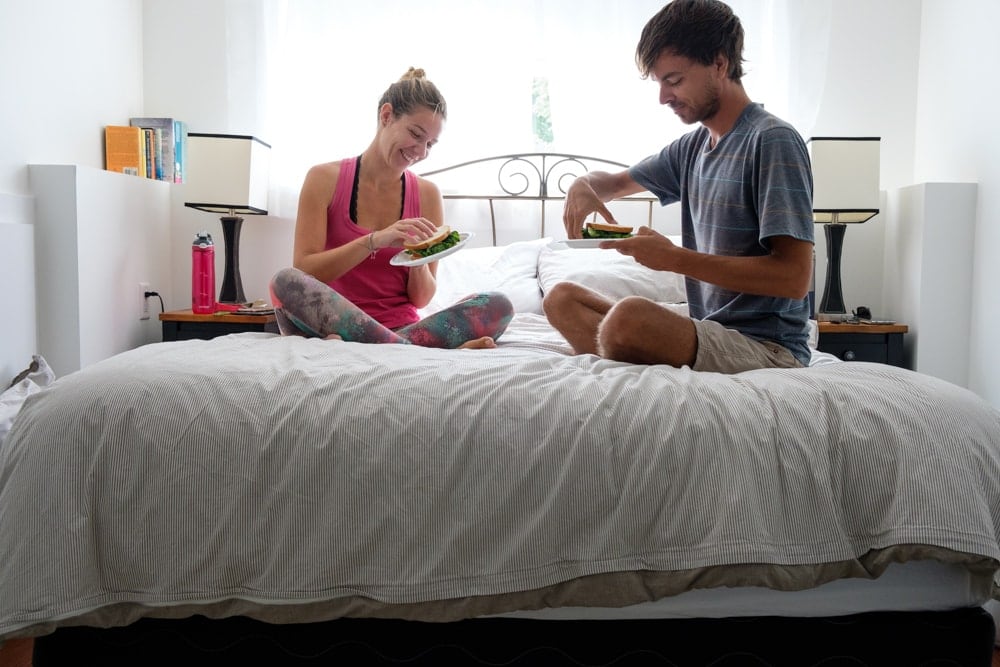 After spending nearly a week in our first Airbnb we then moved to our second Airbnb in Squamish for a few nights. Luckily for us our first hosts were going past downtown so they gave us a lift, score!

Unfortunately for us during the time we spent in downtown the weather was pretty pants and Squamish is not known for its indoor activities. So we spent most of our time in the Airbnb. We did try a few cafes which were nice and Josh did go mountain biking [Hell yeah I did! – Josh], but he's going to do a separate blog post on that.

Whilst Josh was mountain biking I got out in the rare sunshine to explore downtown a bit more, there were a lot of cute shops and a farmers market. Of course I took the opportunity to get some chocolate.

Our hosts in downtown Squamish also invited us to go out on an afternoon walk with them, their neighbour and his dog. So we all squeezed into their car and we went back to Alice Lake where we'd originally seen the circular rainbow. It was nice to chat to them and find out about their exciting adventures. We also got to chat about our adventures this year which was nice to share. The walking pace was quicker than we'd expected, especially after Josh had been mountain biking for most of the day but we really enjoyed ourselves. 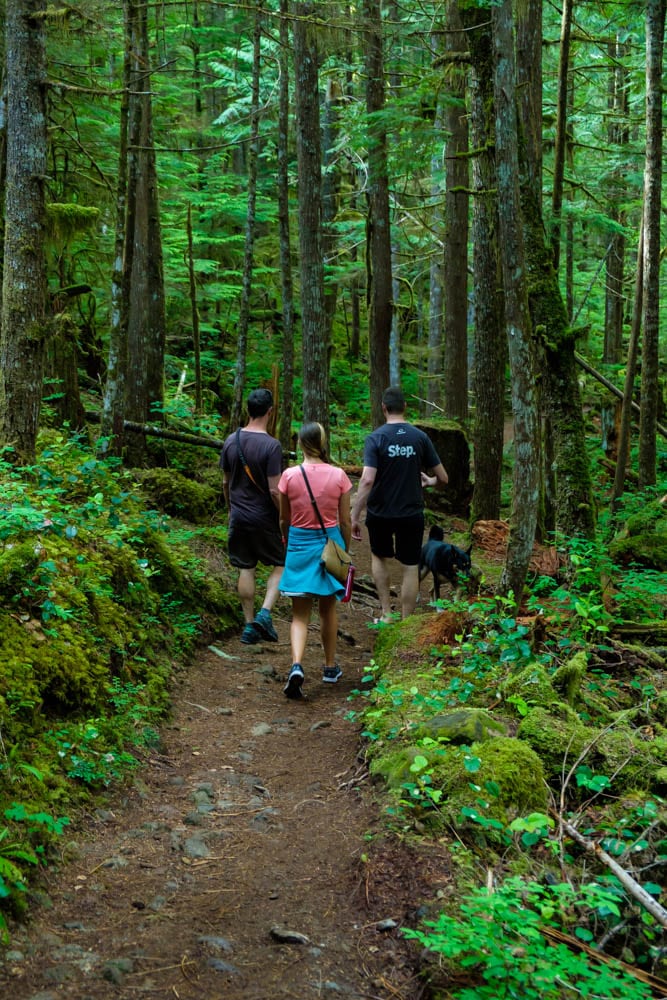 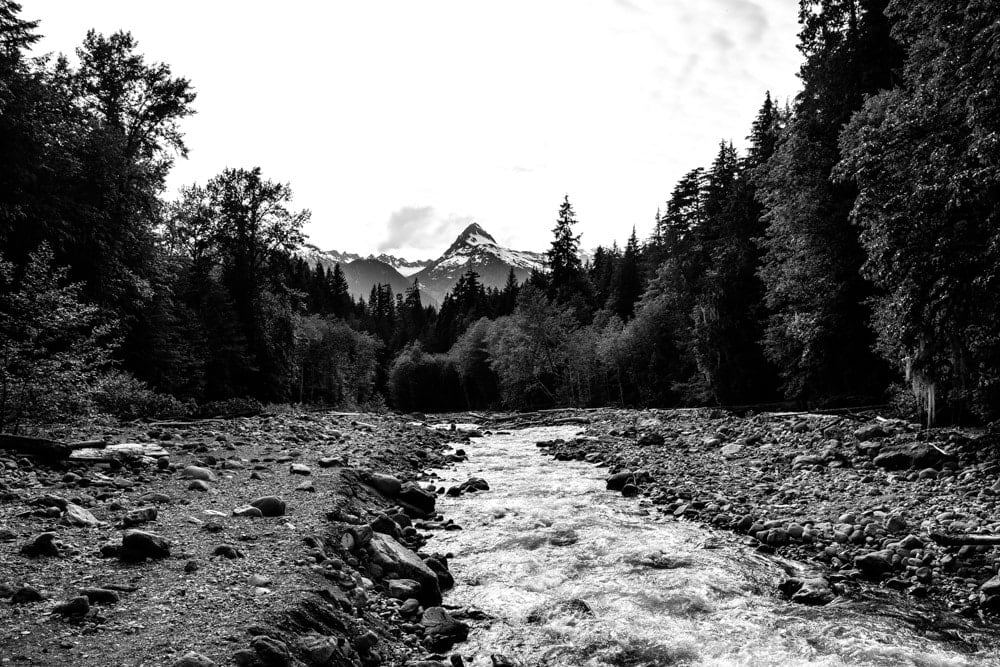 During our time in Squamish we were very lucky to meet really friendly and interesting people. The landscape was beautiful and whilst the weather was good we were able to make the most of it. Even though we stayed there a lot longer than we originally intended, it was a nice place to relax and explore and for anyone that is keen on walking/biking/paddling/climbing it is definitely a go to spot.

Maple syrup is good but there's a limit – Whistler & Vancouver

This post has been a long time coming, we're now home and have been moving house and kitting out…