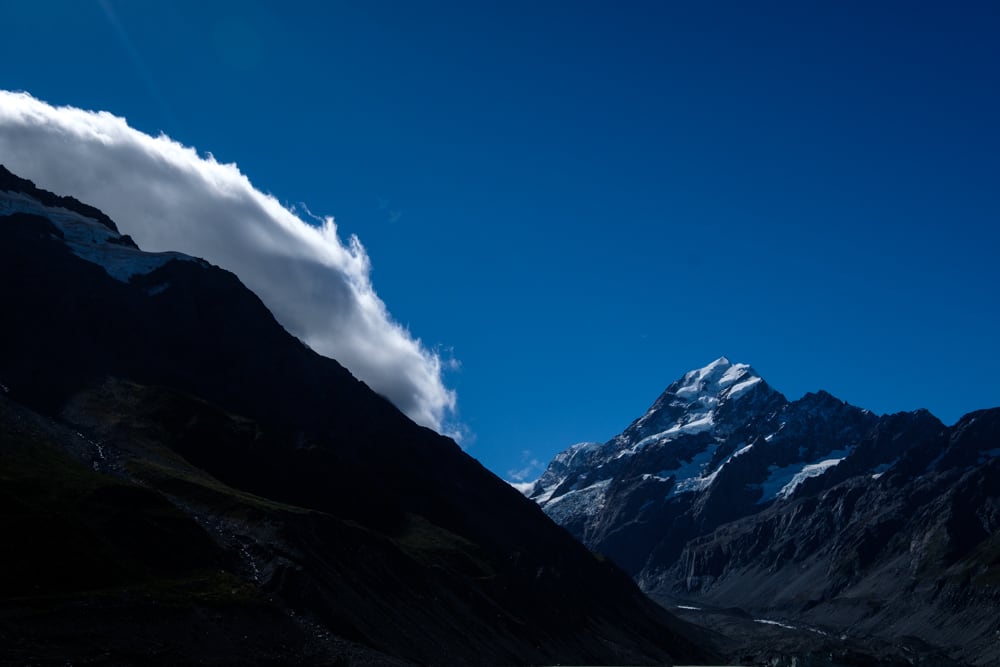 Queenstown marked the halfway point of our time in NZ and the start of our journey back up the south island. We enjoyed the activities the town had to offer but were glad to be heading for quieter places again. That said, our first stop after Queenstown was Wanaka and it's not exactly quiet…

If you've heard of Wanaka it's probably because of #thatwanakatree and it was the same for us. We wanted to see the tree but also it made sense for our journey north. So we left Queenstown and drove up over a mountain pass and back down into Wanaka and pulled up at Wanaka Lake to have lunch and chill for a bit. We saw a constant stream of people walk past us from the town on our right to an unknown destination on our left. Then we spotted a group in the distance on the lake edge and a small shape a little way into the water which we figured must be the famous tree. It was a bit of an anticlimax to find out it was only a 10 minute walk from the middle of town, having imagined it to be at least a little bit remote but I guess that's part of why it's so popular; you can be really lazy and still get a good look at it! 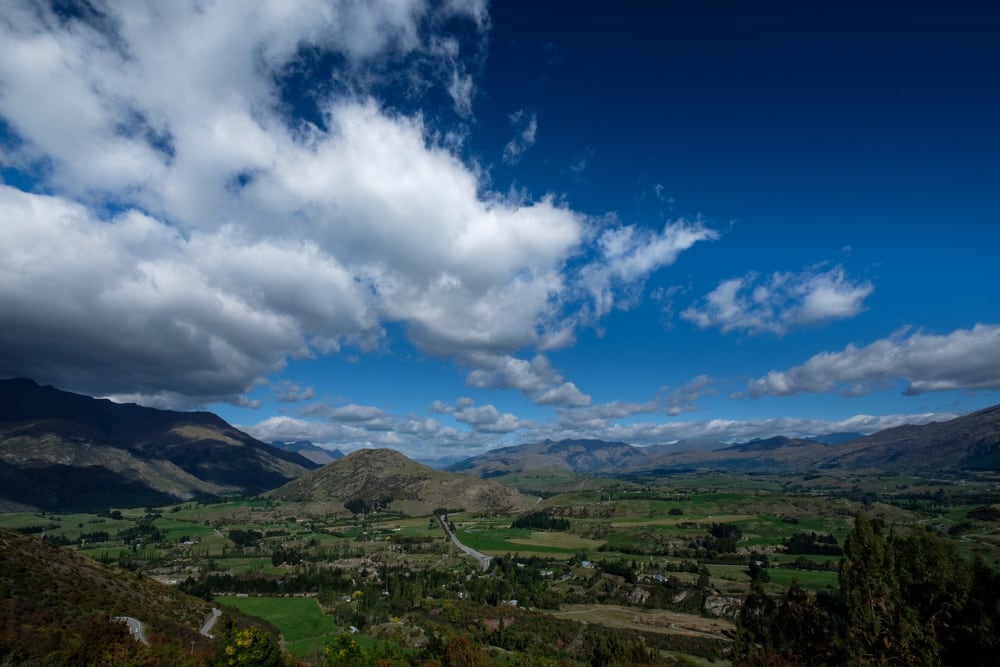 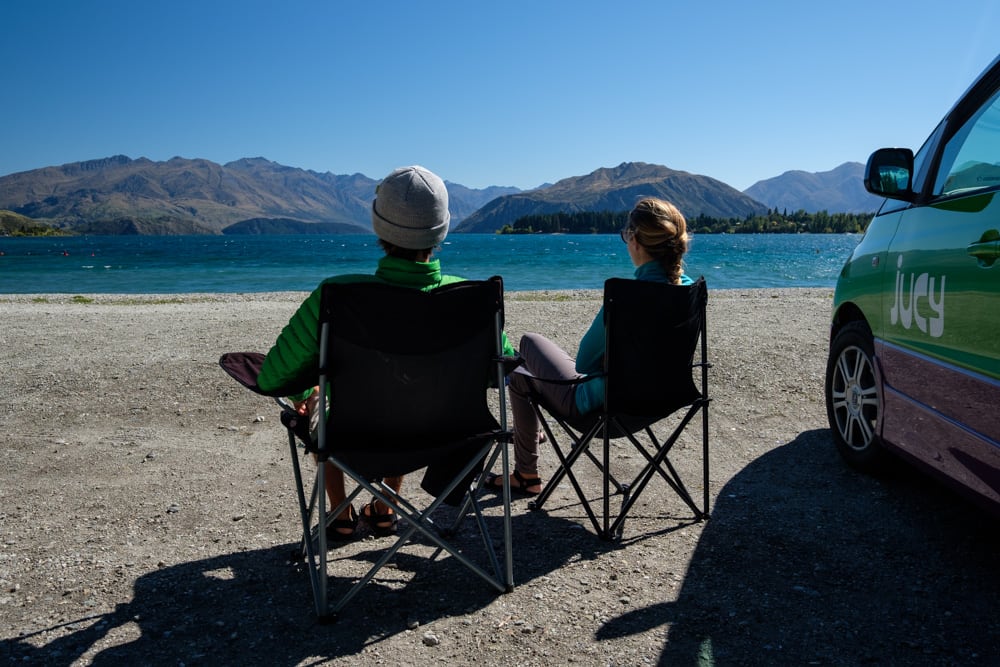 We headed back down to the lake after getting a space on a campsite and some dinner to find a guy playing the piano on the edge of the lake, in front of The Wanaka Tree. It was quite a bizarre spectacle; a gaggle of snap happy tourists, a famous tree and a guy playing the piano. I watched people trying to get a photo better than the person next to them, with all different types of cameras. I didn't feel like I could take a photo no one else hadn't already done before. So for a long time I just sat and listened to the piano being played, watching each person try their best. I did eventually get my camera out but only to take a photo of the man playing the piano. 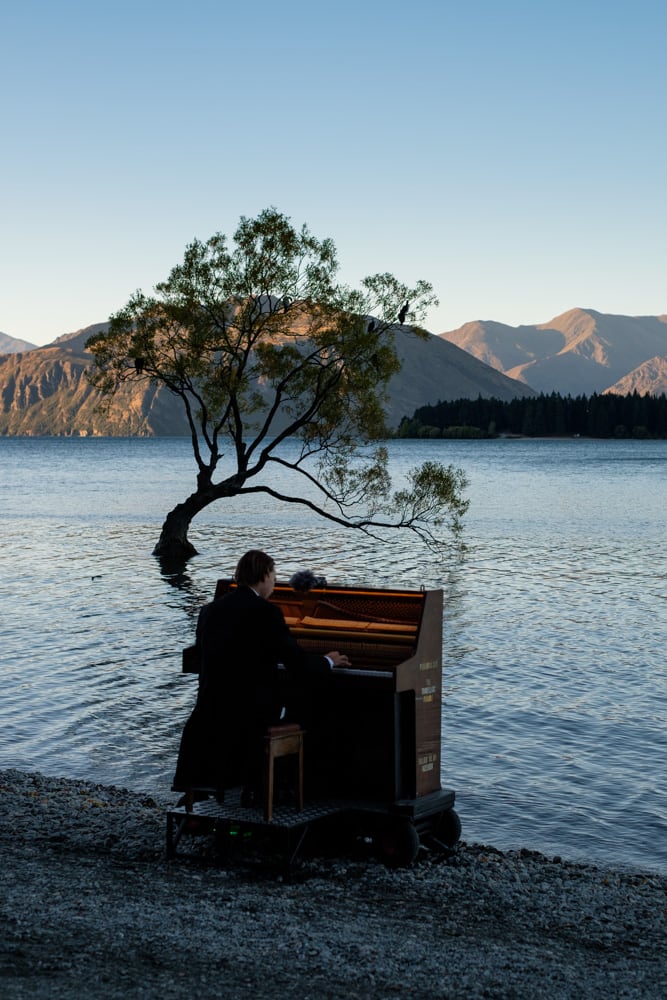 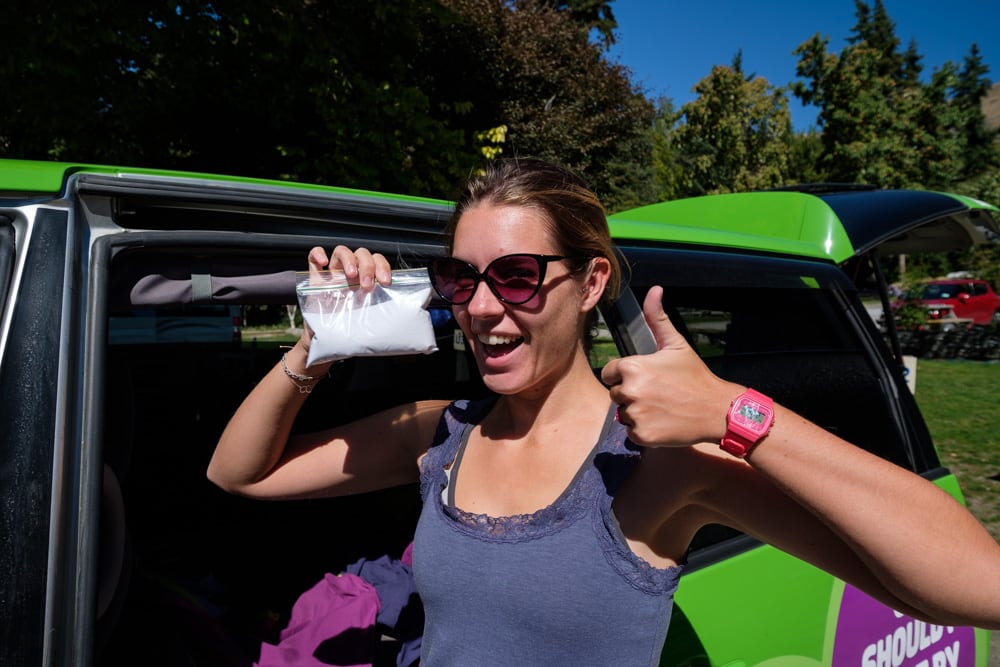 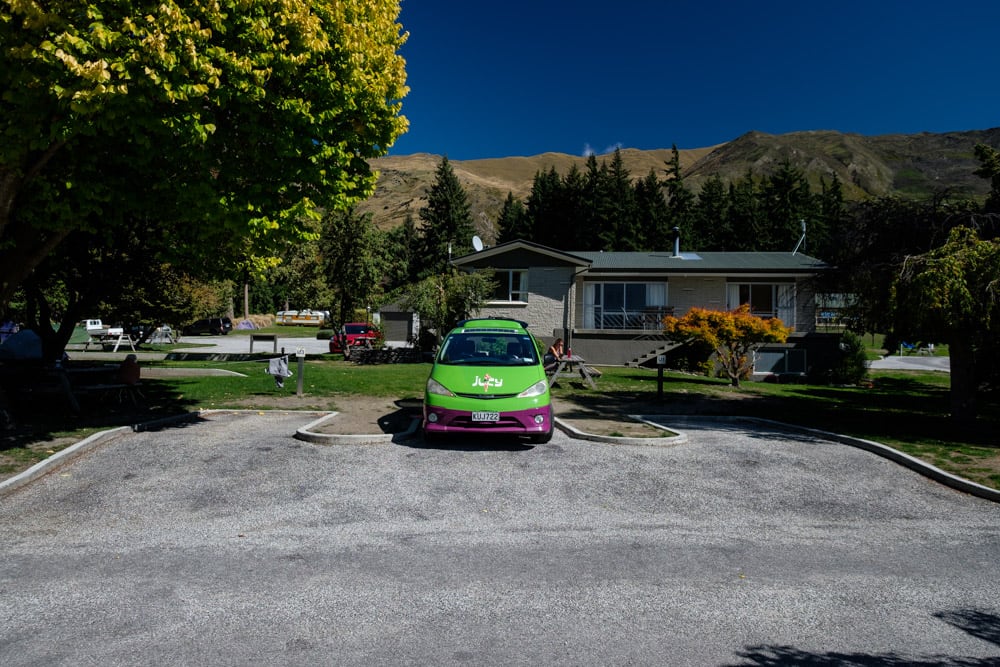 Another landmark that you've probably heard of in NZ, especially if you use Instagram and for good reason; it's one good looking mountain.

We stayed for two nights at Glentanner campsite on the south side of Mount Cook, where you can wake up with a view of the mountain. Despite expectations the campsite had a good mix of clean facilities and a natural feeling to the camping area. A lot of places tend to be one or the other. 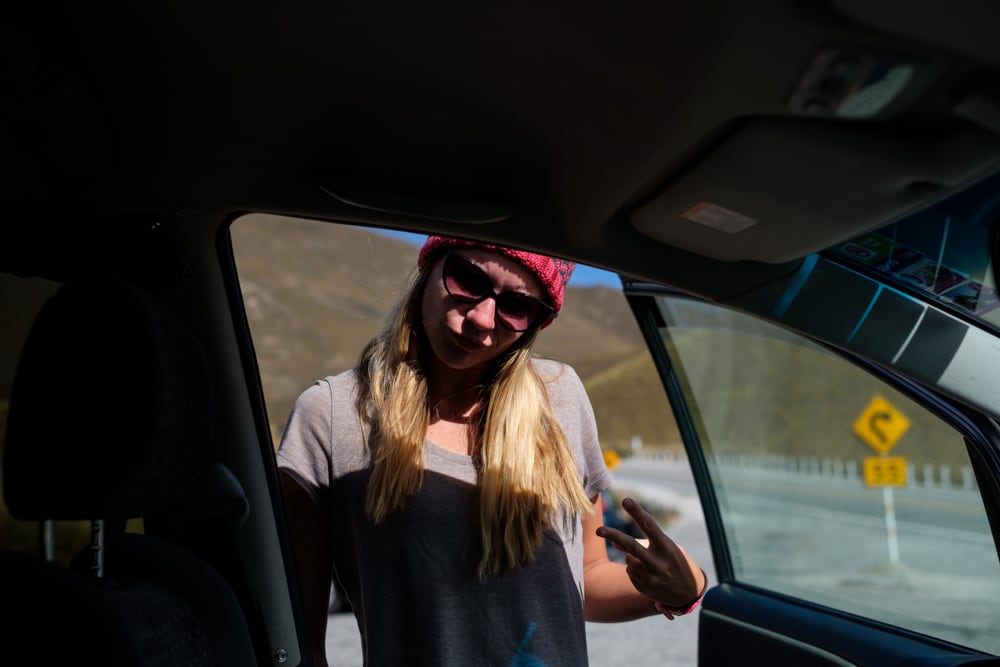 Rabbits and birds were our neighbours for the two nights we stayed at Glentanner. We saw many different species of birds and countless rabbits. The afternoon we arrived was spent on the campsite, watching the wildlife and taking a short walk down to the nearby lake to take some photos and get a clearer view of Mount Cook. 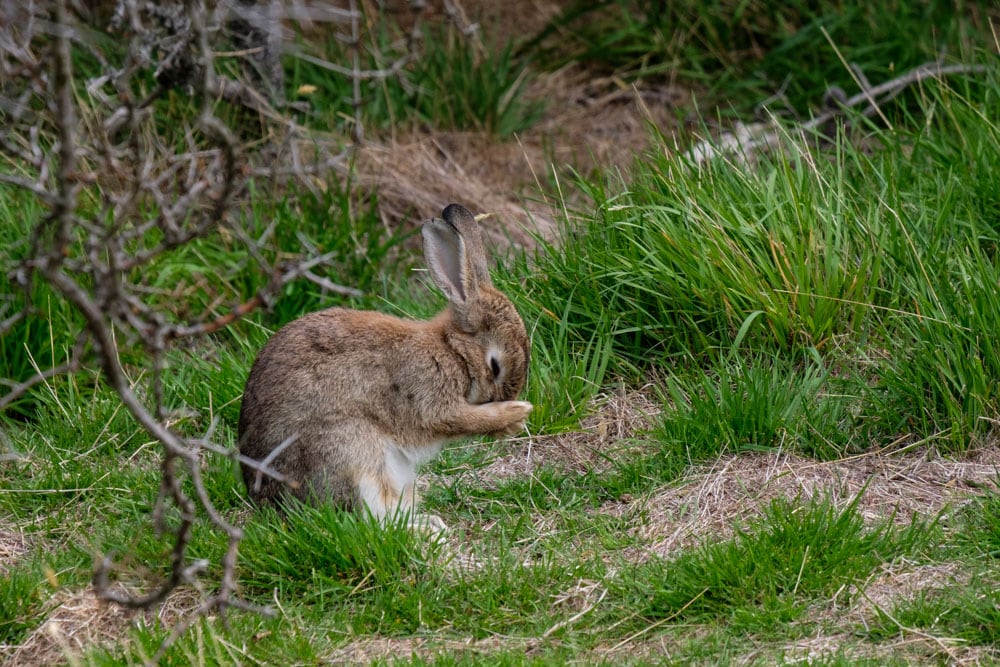 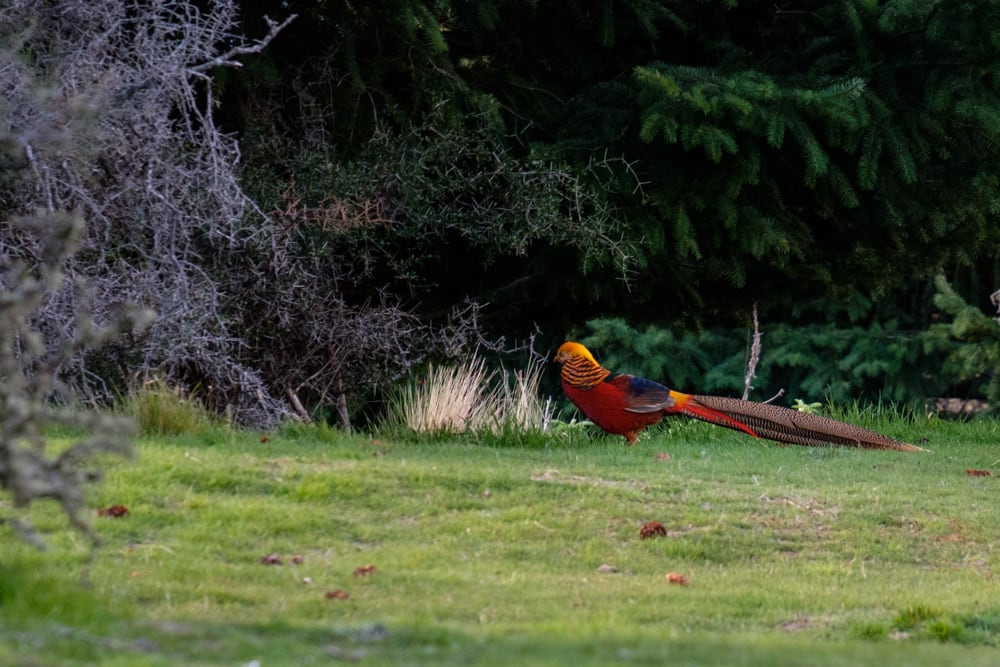 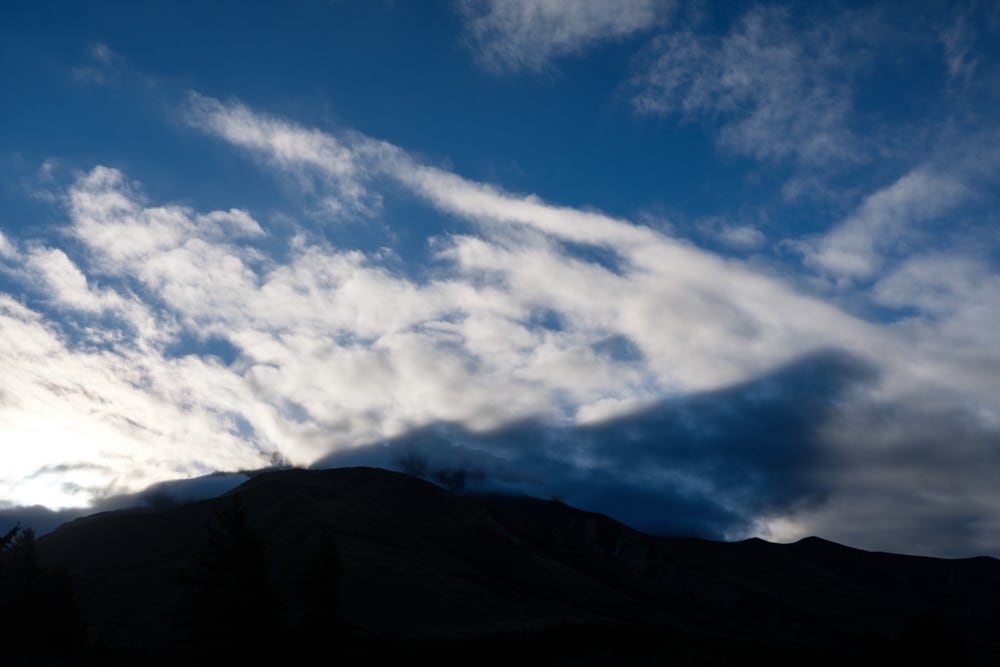 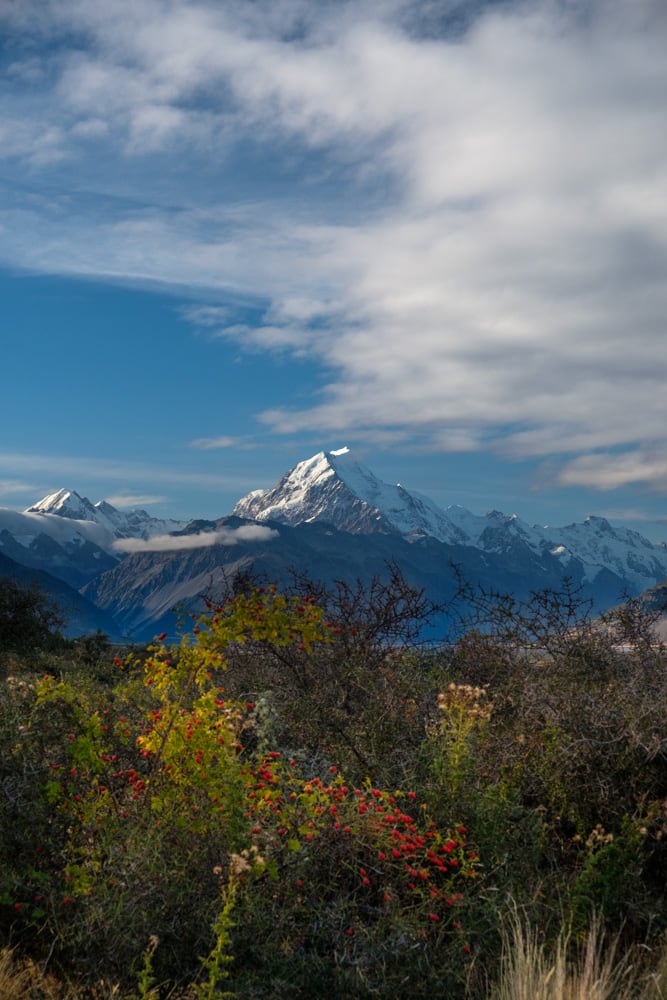 The next day we drove up to Hooker Valley where a walking path to the base of Mount Cook began. It was an easy three hour return walk, with amazing views along the way. We walked in the middle of the day and so the trail was pretty busy but still enjoyable. As ever; try to get out early if you can. 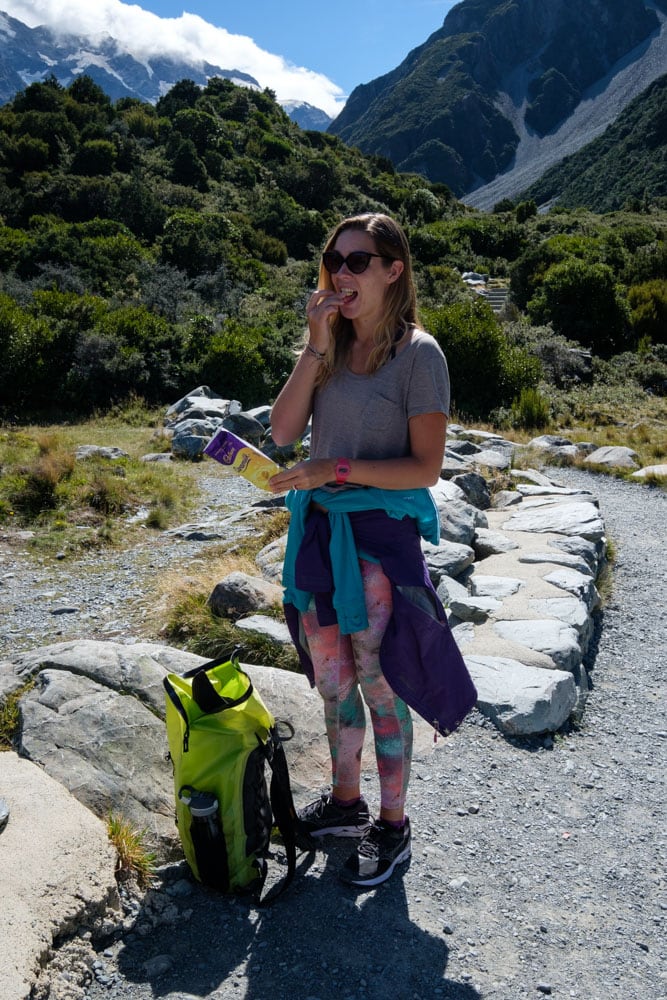 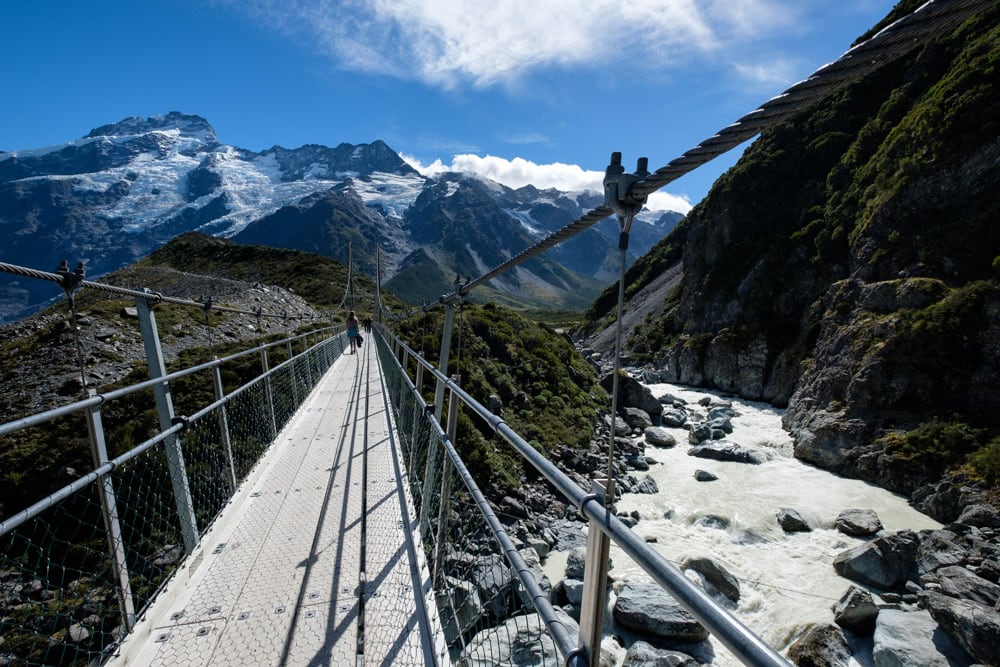 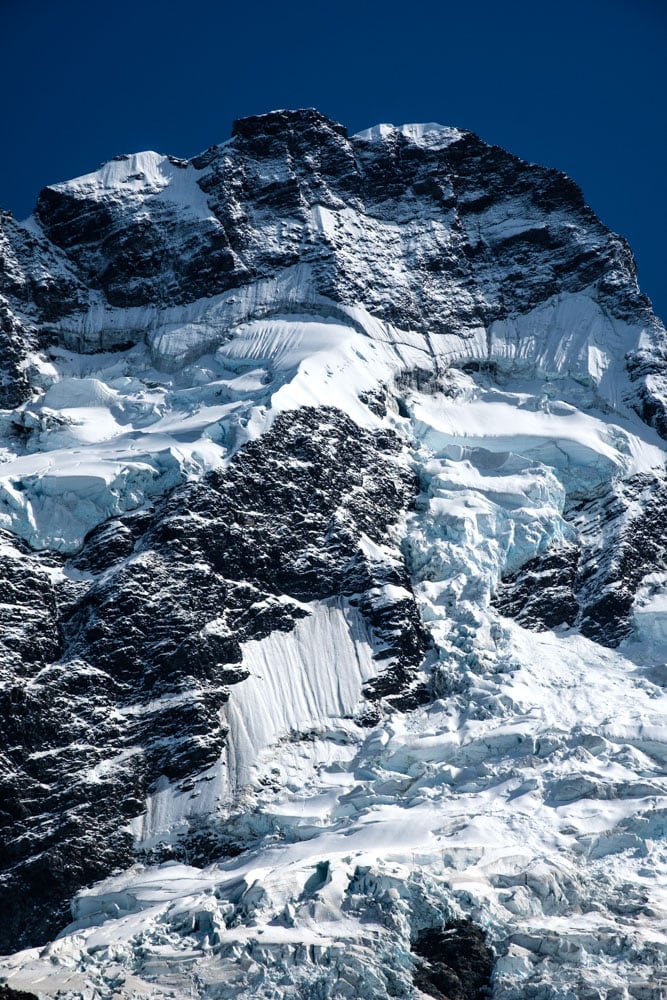 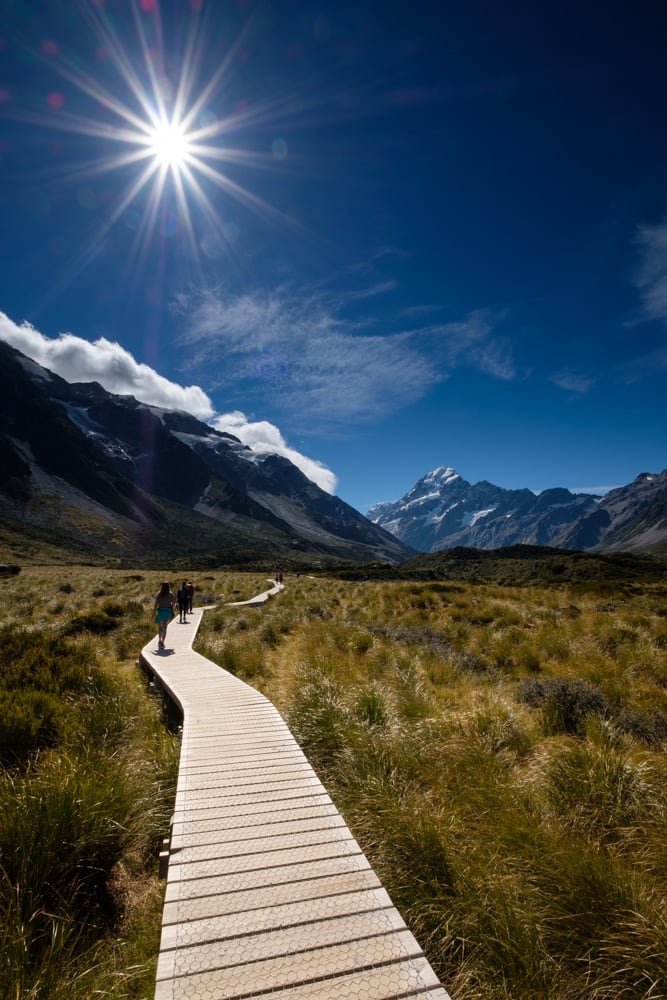 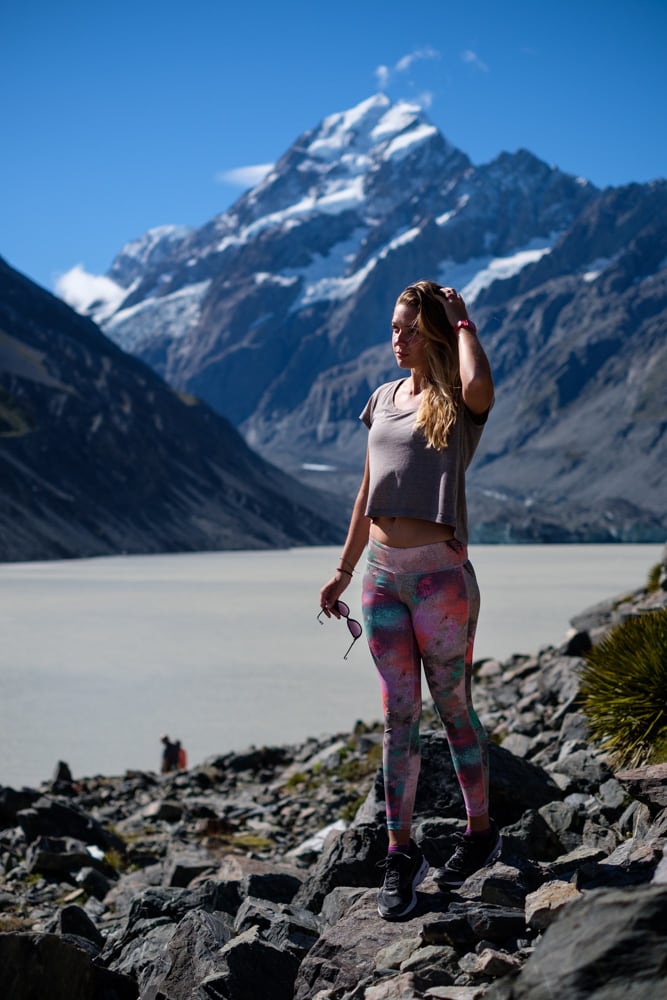 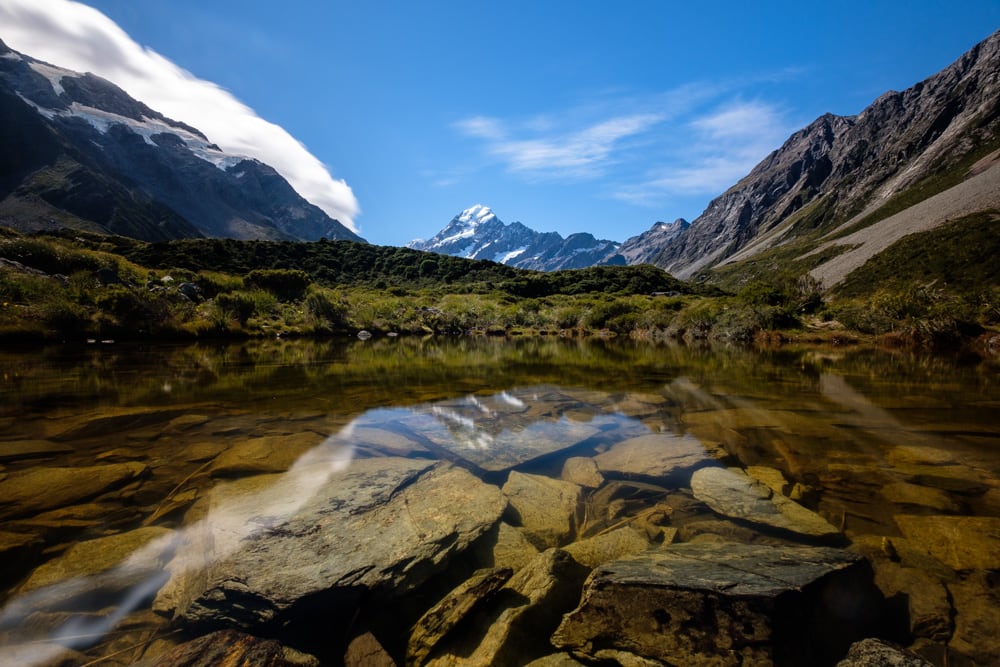 We returned to our campsite tired but happy. Until we looked out our next move and found out that the campsite Nikki had got lined up to stay at next was not the easy 1 hour drive it looked like on the map but was instead a circuitous 5 hour journey that went back to Wanaka before looping back north.

We debated skipping the north west coast of the island and instead heading north east back to Christchurch a bit earlier than planned. A flipped coin later and we decided to drive to the planned campsite, but with a night in Wanaka again to break up the journey.

Having already been to Wanaka we didn't do very much on our second visit. We ate lunch at the same lake and stayed the night at the same campsite. Pretty uneventful.

As you drive around New Zealand you'll see signs saying "NZ roads are different" or something similar and the drive to Franz Josef from Wanaka was a great example of that. We drove through mist and rain along twisting, turning roads carved through the mountains. Once again evidence of recent rock falls could be seen as we drove and at one point we had to drive on the wrong side of the road because our side had been partly swept away. 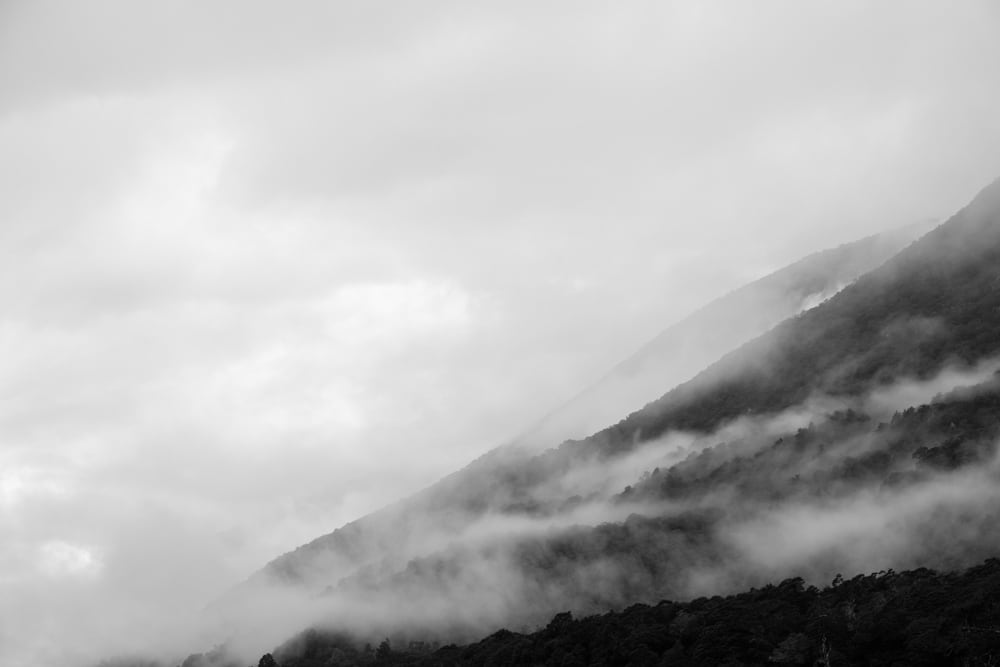 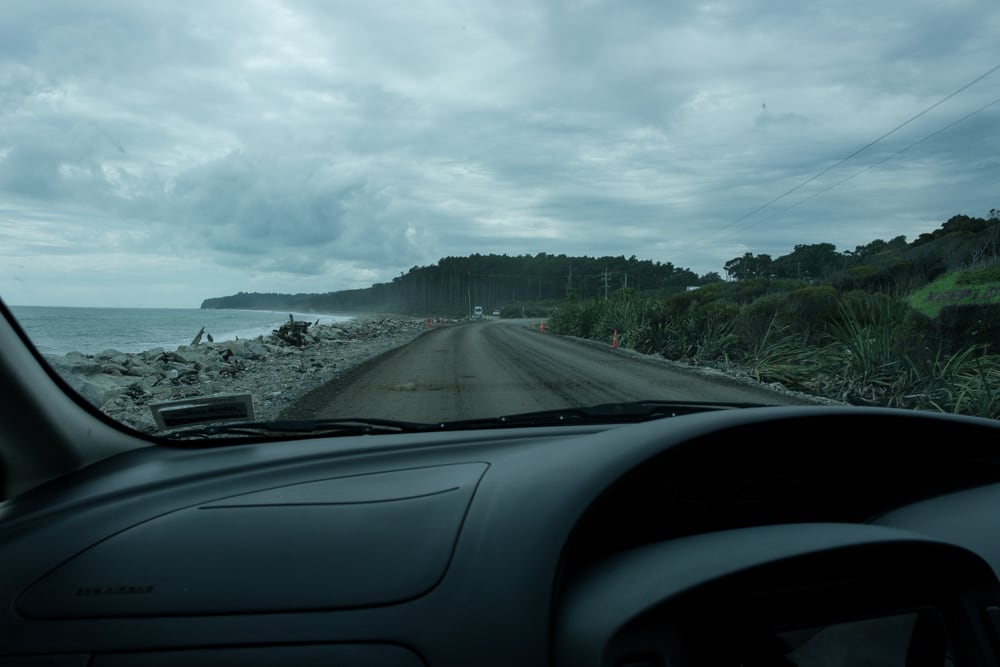 As we neared our campsite the surrounding forest closed in and bordered the road closely, with the ever present mist adding to the closed in feeling. Then quite suddenly we left the mountain roads and the tree cover and a small town sprung up in front of us. After a long drive along quiet roads it was weird to find civilisation again!

The mist and fog (I can never remember the difference, but I'm fairly certain there was both. It was very grey) lifted a little only for rain to fall. So we wimped out on a walk and instead had showers and some food before holing up in the bar on site and getting a cocktail and a dessert. 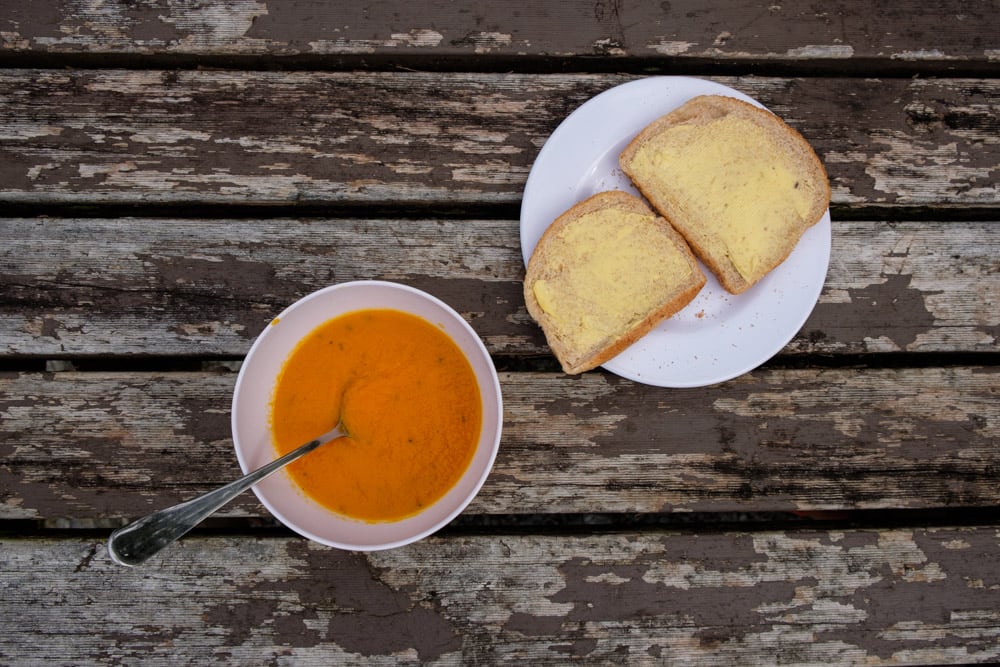 It got trickier to find good campsites as we ventured further north up the west coast, away from Queenstown. It felt like this part of the island was much less visited than elsewhere. Nikki managed to find a really highly rated campsite in a place called Kumara and we turned up before check in time. This gave us a chance to look at the place – and it didn't look good. We drove down the driveway but couldn't see any space for campervans. We backed up out onto the road and sat outside considering our options. We didn't really have any as campsites here are spaced out and we'd already driven long enough that day. It was threatening to rain and we both felt a bit deflated.

We waited until check in time and Nikki went in search of someone to ask about a space. The space was the driveway we'd just been on. It turned out to be a nice little campsite, with little being the key word; it had a maximum of three spaces for small vans. [Seriously little, the driveway was just a driveway of someone’s house! They’d built an external bathroom and kitchen for campers to use, very bizarre – Nikki] 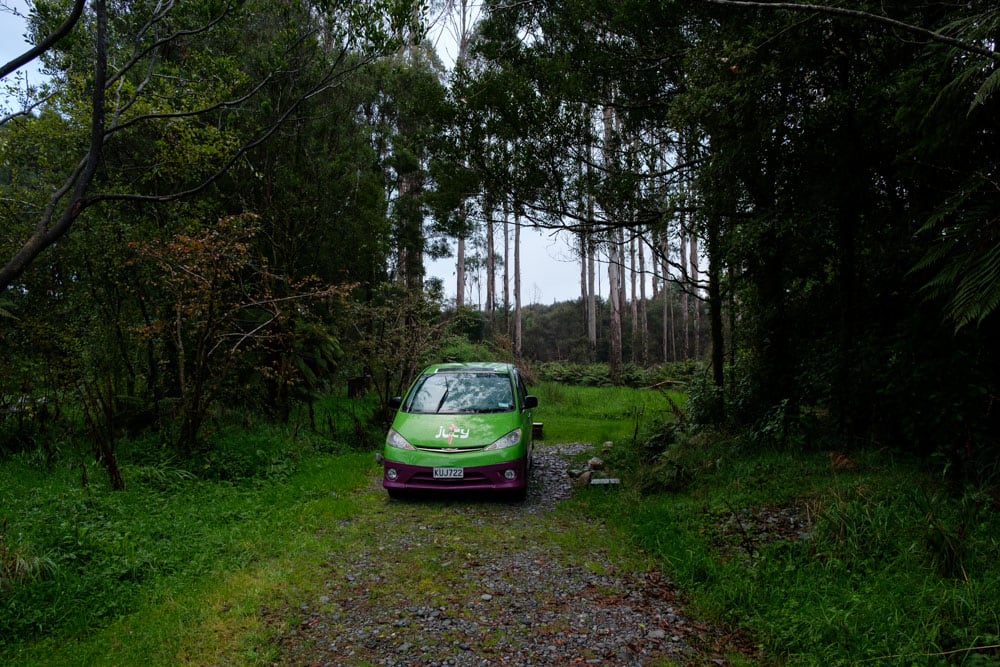 Somewhere in one of these places, I can't remember where, I saw a photo of some early explorers of New Zealand driving a car down a track. It's easy to imagine what this must have been like despite the now smoothly paved roads and occasional town, New Zealand still feels very rugged. Between its amazing landscapes and bendy roads it leaves you feeling like you could be one of those first explorers. Get those bloody sandflies away! – New Zealand

I'm currently sitting writing this blog post in our second camper van of the trip in Mojave Desert USA,…