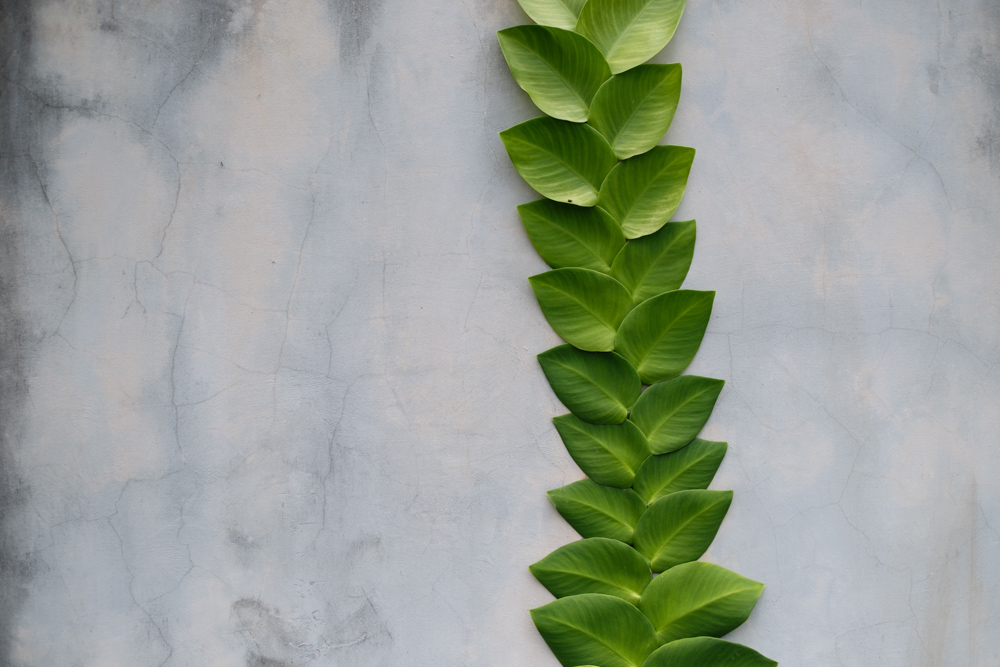 We're into our final two weeks in Indonesia in this post, the last half of November. We've had a few places with shockingly bad internet so things have got a little out of sync but we're trying to catch back up.

The minibus that picked us up after our boat crossing from Lombok was nice and modern and many of the seats were empty so we enjoyed a quick and comfortable journey to Canggu. We'd been booked to go to 'Canggu Clap' but we had no idea what or where this was. So when we got near to Canggu it was anyones guess where the driver would drop us off.

It seems he got bored of driving us and the other three guys in the minibus so we found ourselves on the side of a random road, at least 1km away from what I thought of as the centre of Canggu and 3km away from our accommodation. We walked for 40 minutes mostly in the rain, hoping the contents of our bags would stay dry. We walked along a narrow raised road where the cars didn't seem to care about pedestrians and we later found out that it's infamous for cars falling off the road into the rice fields either side!

Eventually we made it to our guesthouse, soaked through to the skin and wondering how waterproof our bags had been. Thankfully it seems we'd made it just in time; our bags were soaked but still keeping their contents dry. We'd arrived in time for a late lunch and so we dumped our bags and went out, still soaked, to a nearby cafe.

We didn't really do anything much while we were in Canggu and just spent most of our time walking to the beach and back. Though we never actually went and sat on the beach as an activity, it was always just where we ended up after walking around. 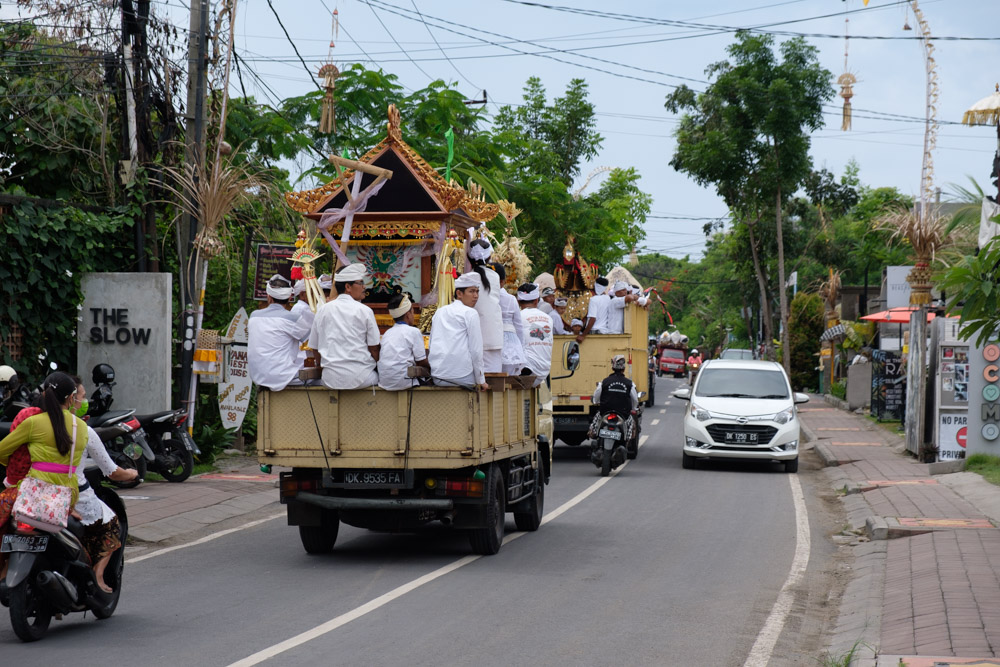 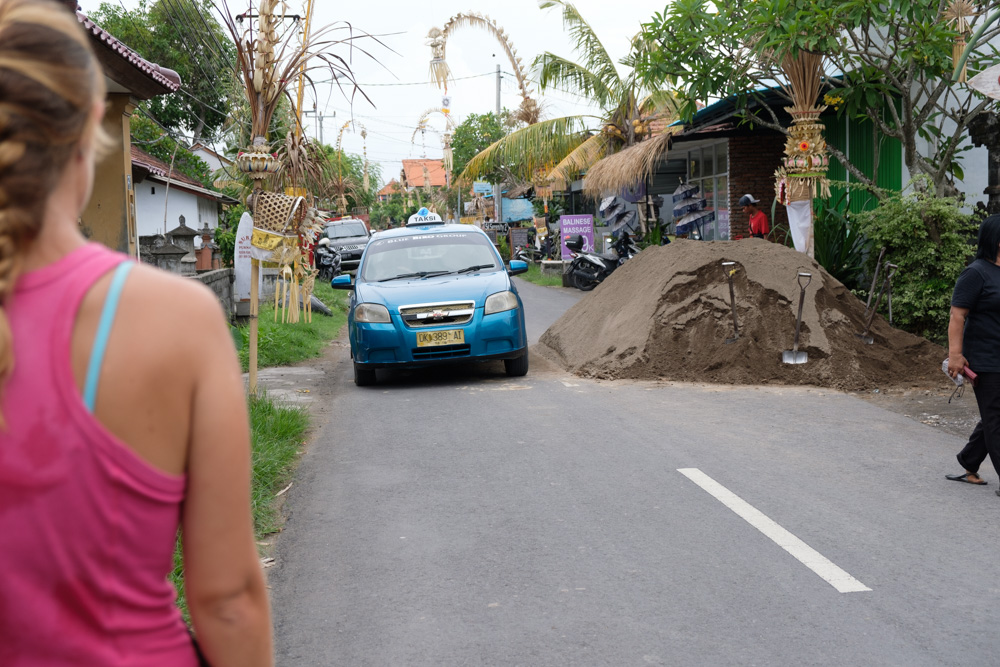 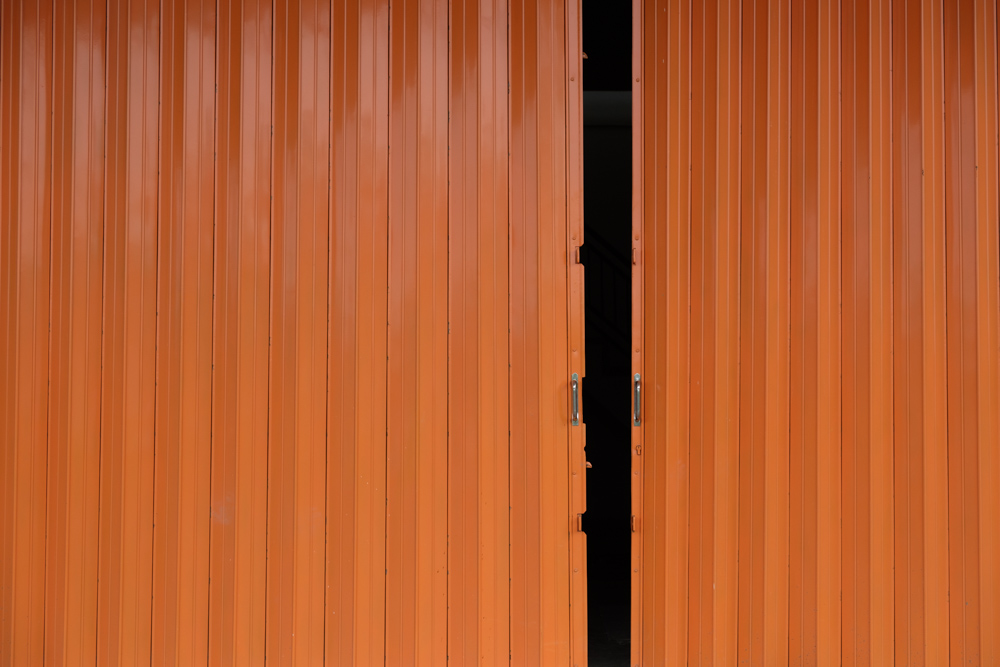 The most exciting things that happened in the four days we spent in Canggu were that I got splashed by a wave and had to hastily dry my phone out (luckily my camera was behind my back!), Nikki bought some new shorts and we watched Finding Dory. Oh and I finally got my haircut at a very cool barbers that would've fitted in somewhere like Camden. I didn't know what hairstyle I was going to walk out with but it turned out okay in the end! 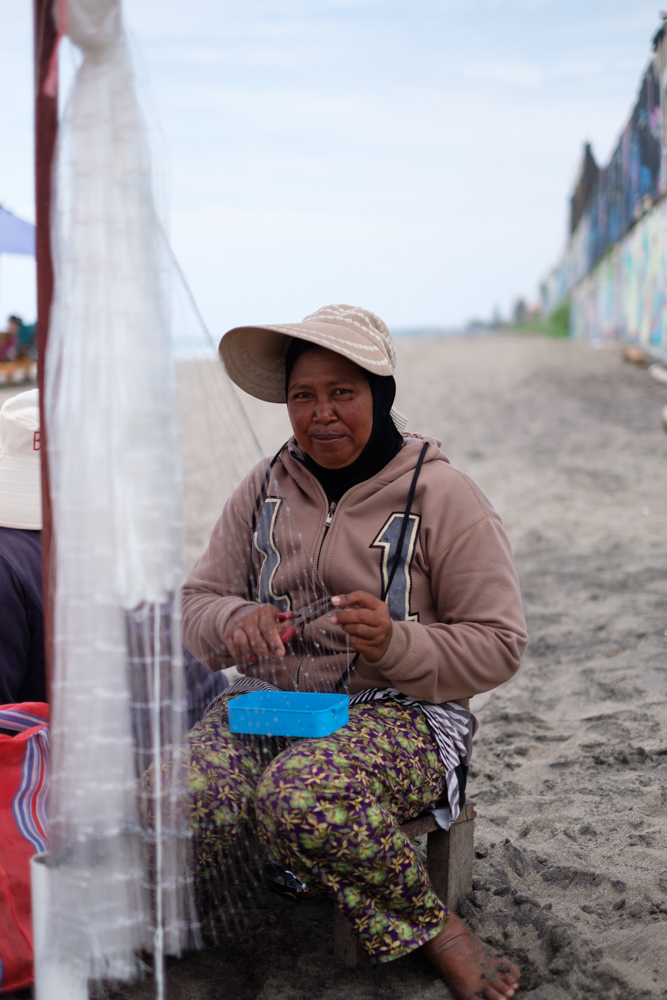 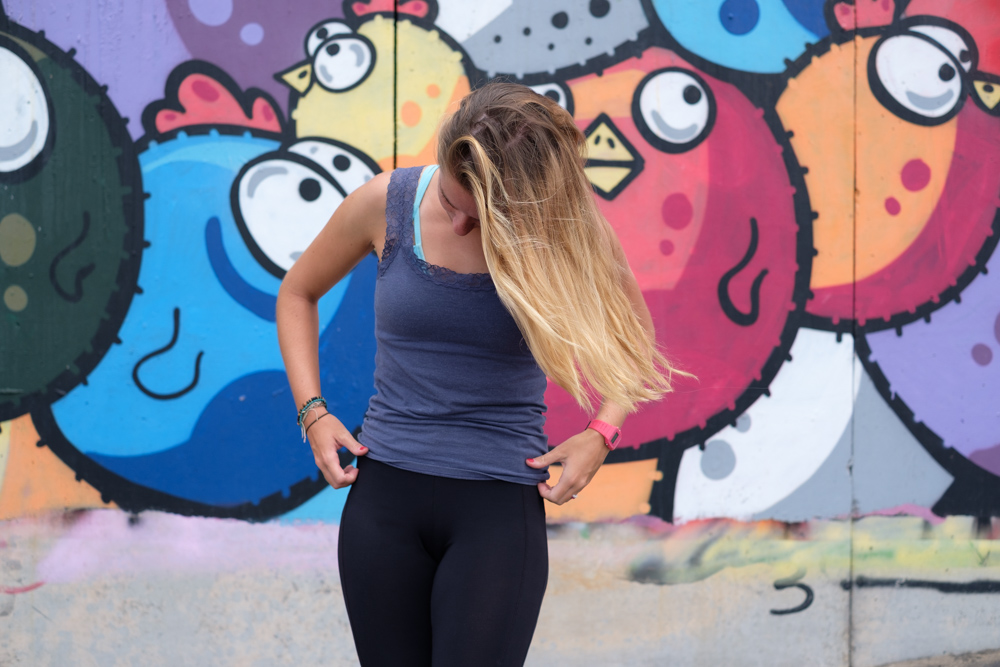 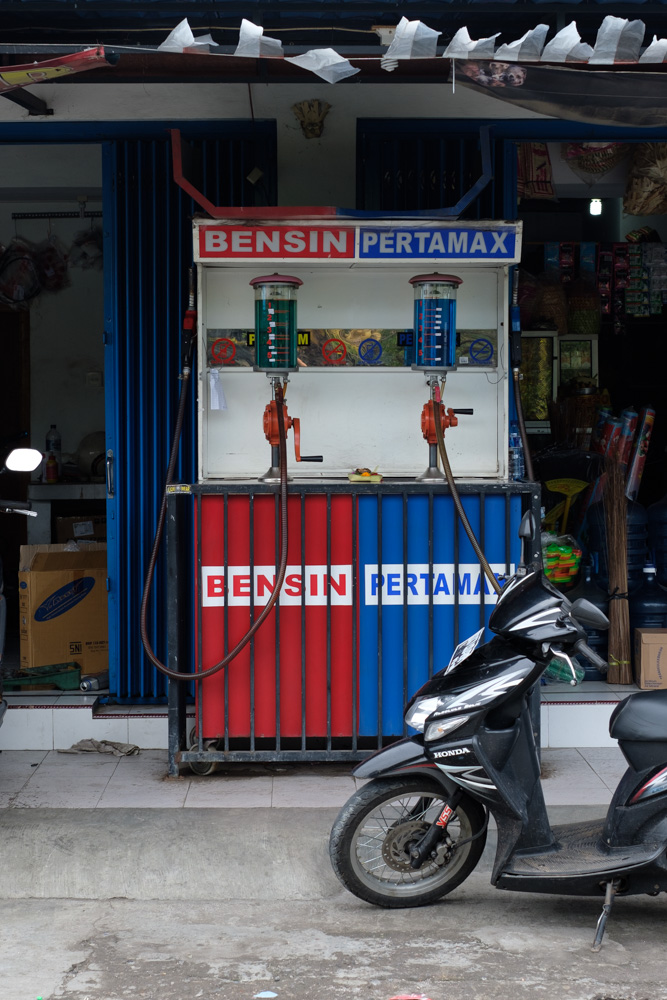 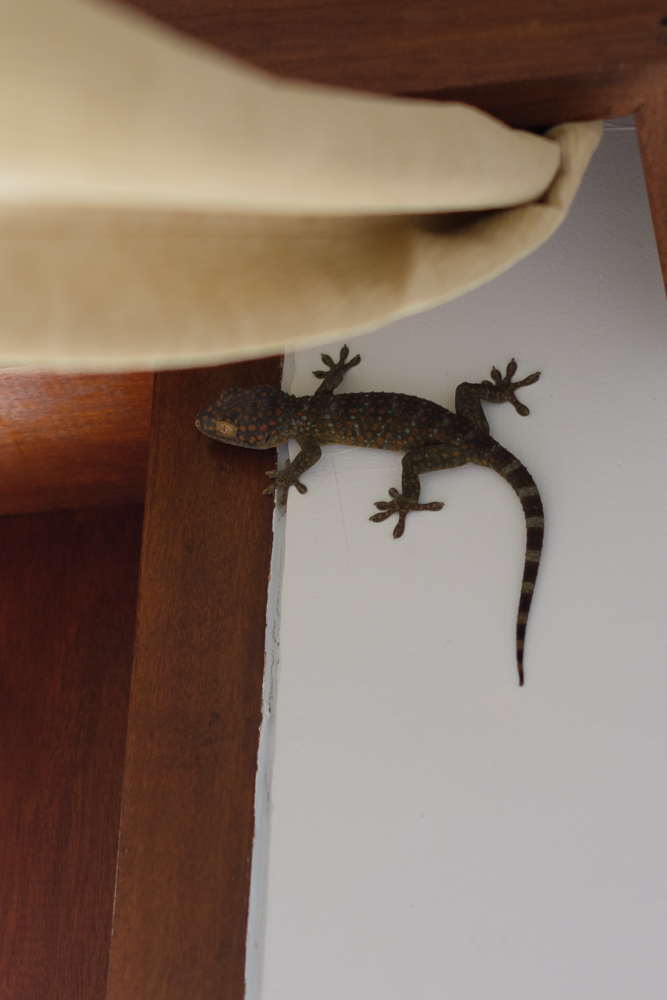 Neither of us really saw the specific appeal of Canggu but maybe it's better if you have a scooter. I can't recommend enough to sort out a scooter license and be able to confidently and legally ride a scooter around. It's been a constant thorn in our side that we are limited by not having a scooter to get around.

Of all the places we've been on our trip so far there was one place I was sure I didn't want to go back to. So where did we find ourselves for the last couple of days in Indonesia, that's right, back in Kuta. With all its shops selling fakes, taxis that incessantly beep at you, people offering you marijuana and generally just being a bit loud and obnoxious. 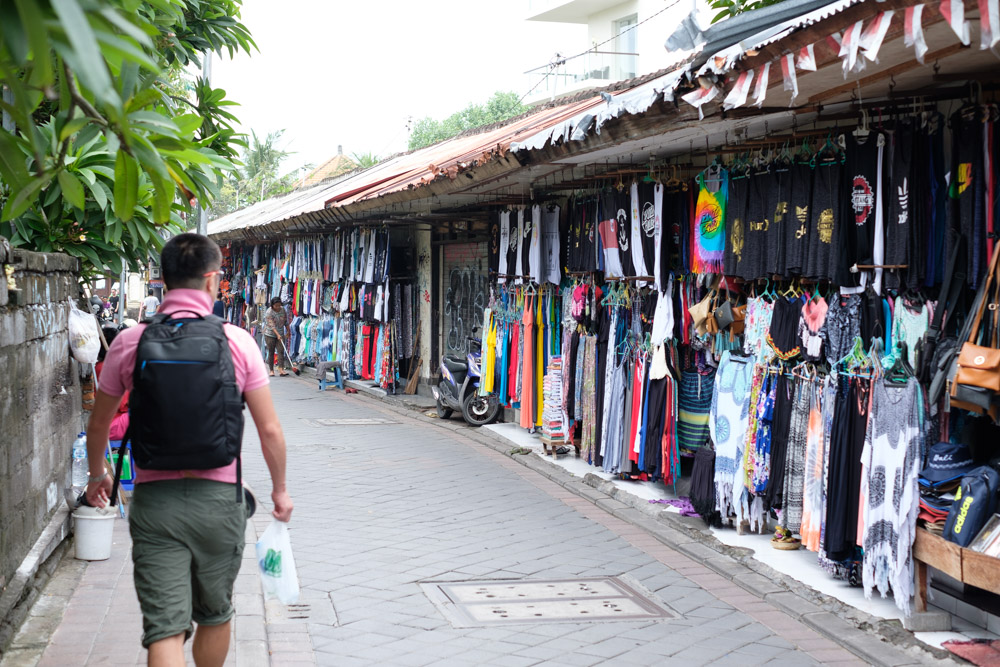 We'd booked two nights in a hotel very close to the airport and we were pleasantly surprised to find it had a pool. I hadn't even really checked the photos when booking, my only priority was its proximity to the airport in the hope we could just walk there.

That gave us one full day to enjoy Kuta all over again. We'd spent the afternoon of our arrival walking from where the taxi dropped us off to the hotel, via my new favourite shop; Hurley. Where I bought some new super duper quick drying swim shorts and a new t-shirt. Yay.

Neither of us could think of anything to spend our one full day doing. We didn't exactly love Kuta the first time round and thought we'd exhausted all our options for activities. There was one option left that we'd completely ignored the first time though: Waterbom Bali – a world class waterpark a ten minute walk away from our new hotel. I looked out of desperation and curiosity and never expected to find ourselves walking through the gates the next day. 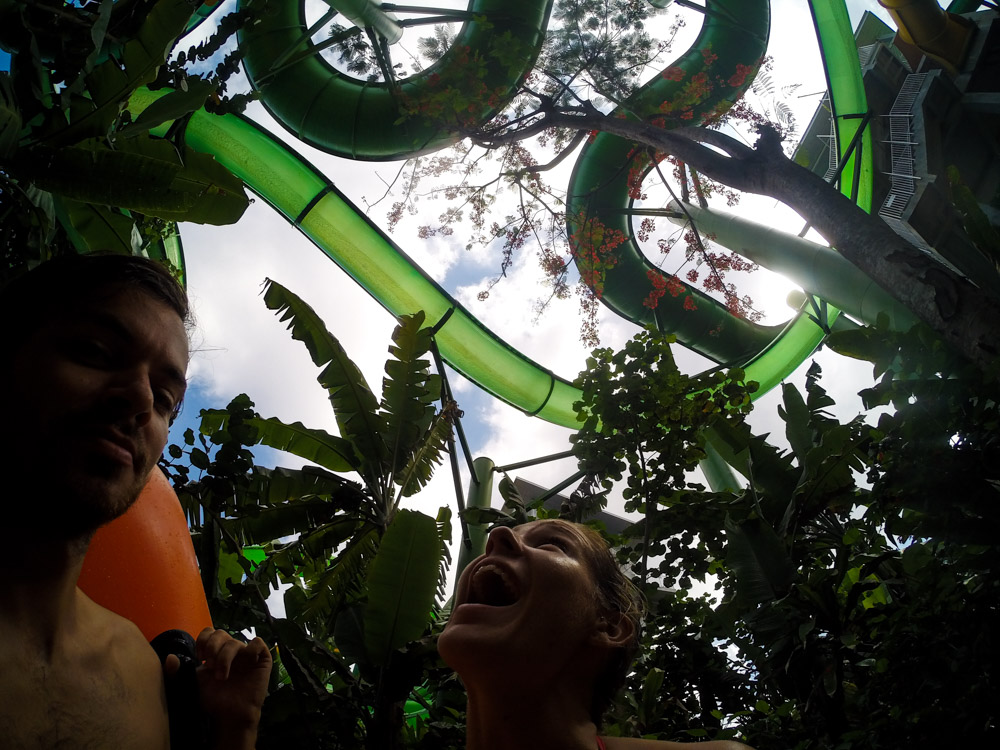 As it turned out we were both so glad we went, despite Nikki's initial reservations. It was about £50 for us both to get in and by mid morning we'd already had our money's worth of fun. We started with some sedate rides and progressed up to ones categorised as 'extreme'! Nikki's screams attested to the scariness of some of the rides! 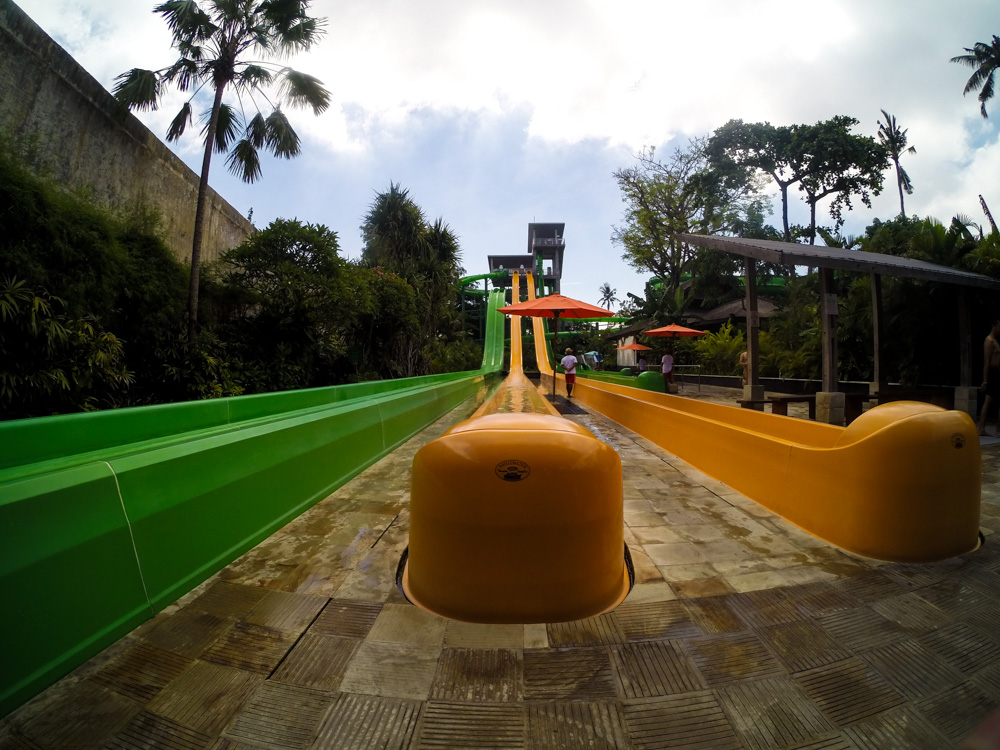 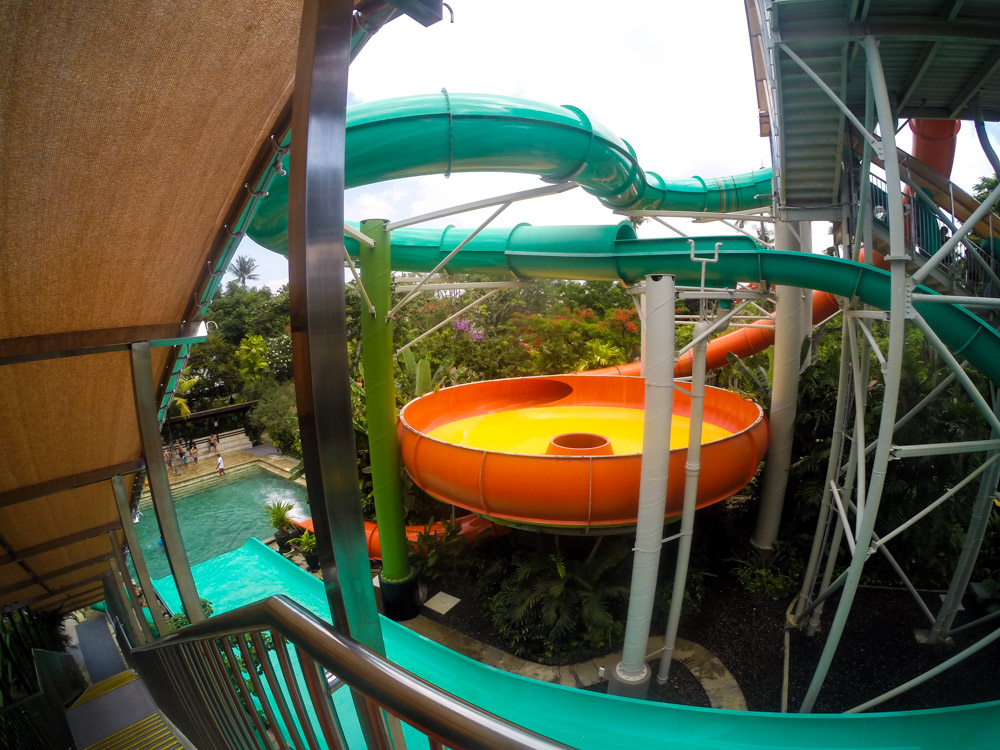 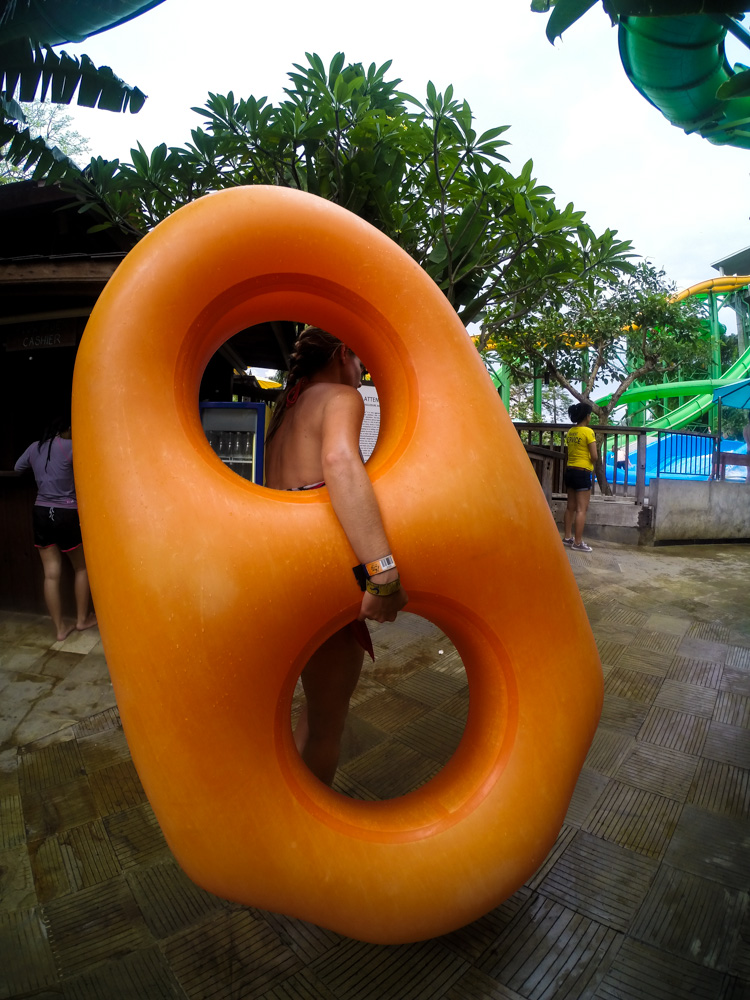 We both appreciated the mix of typical flume rides alongside ones where you could ride at the same time on an inflatable float. There was also a particularly stomach churning ride where you went head first on a foam mat!

I went on one where you stand almost upright on a trap door that opens and sends you plummeting almost straight down. It's incredibly intimidating as you walk up the stairs and the door closes on the tube as you stand there on a see through trap door with water swirling around beneath you. You hear what might be a muffled countdown but you're not sure and then suddenly the floor is gone and you're hurtling downwards and before you know it you're at the bottom dazed and wondering what just happened.

Not only were we impressed with the rides but the park as a whole is extremely well run. The staff are friendly and helpful, the toilets are ridiculously clean and the food isn't a rip-off. You can really see your entry fee is being spent well. Also they use a wrist band system for everything so you don't carry any money around and it's all super easy. We were shattered by the time we left and more than ready to sleep ahead of our flight the day after.

The next day we checked out of our hotel and despite my best laid plans ended up walking in the opposite direction of the airport to wait for our 11pm flight, making it a little pointless having booked a hotel so close. 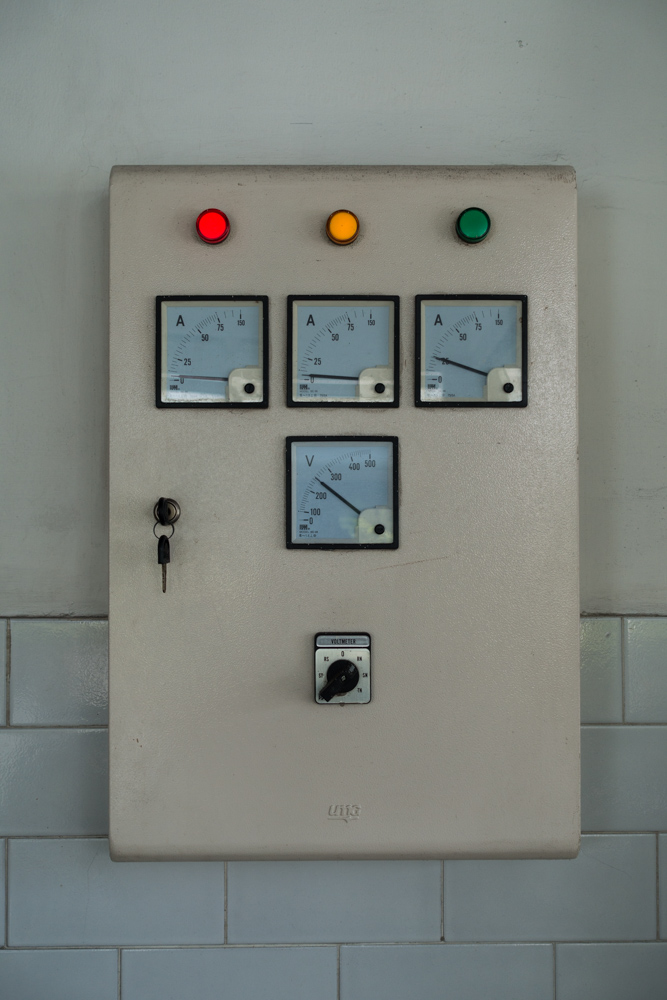 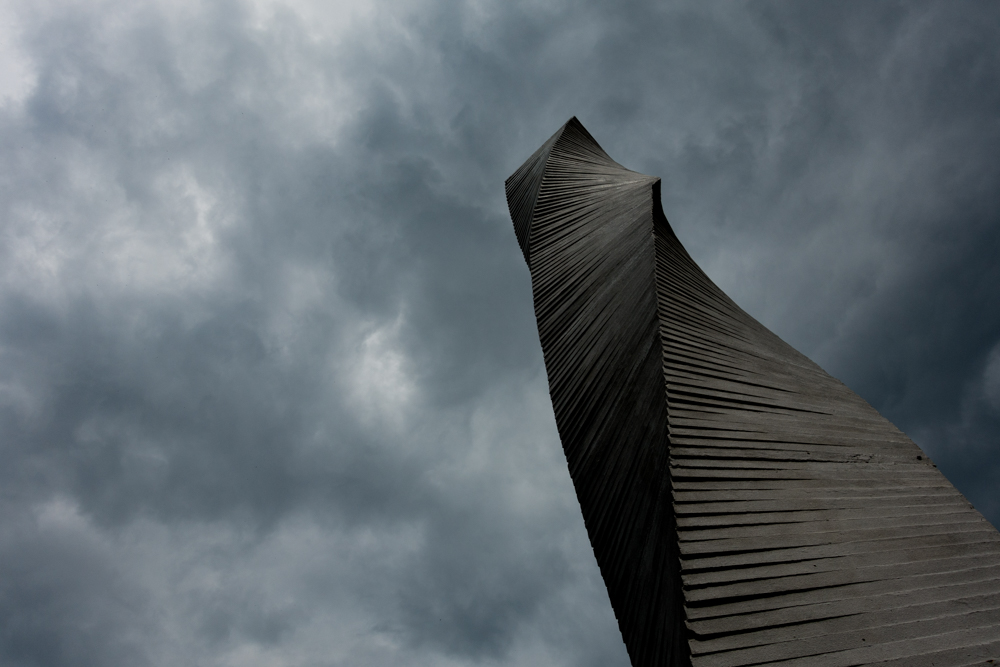 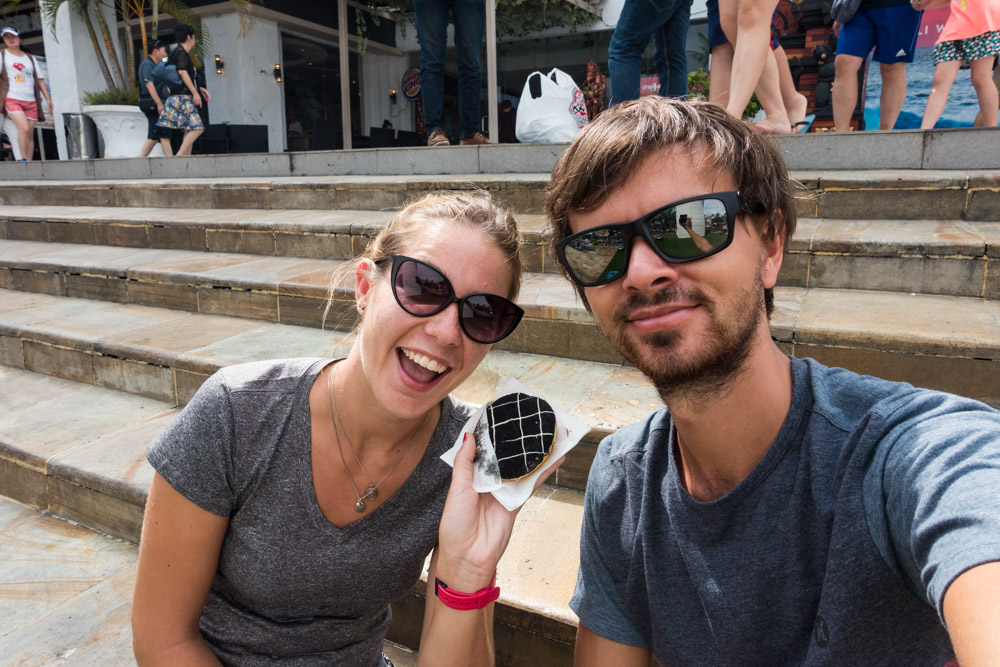 We went to get lunch in Gloria Jean's, a nearby coffee place, then wasted some time in the Discovery Mall shopping centre across the road before coming back to Gloria Jean's for cake. We'd just finished eating said cake when my mum messaged us to ask if we were ok because she'd heard Mount Agung had erupted and that flights were being cancelled! This was news to us. We quickly checked Google, Twitter and Instagram and our hearts sank. We still had about five hours left before we were due to leave and our flight was still listed as due to depart on time.

We walked to the airport, not knowing what to expect and waited two hours before we could check in. Hoping the whole time that it wouldn't come up as cancelled. We watched passengers flood in and back out as their flights got cancelled. We saw TV crews turn up to film. We looked on as staff hastily put up an information table and massive sign. We watched the volcano causing all this upheaval erupting right from the airport waiting area. 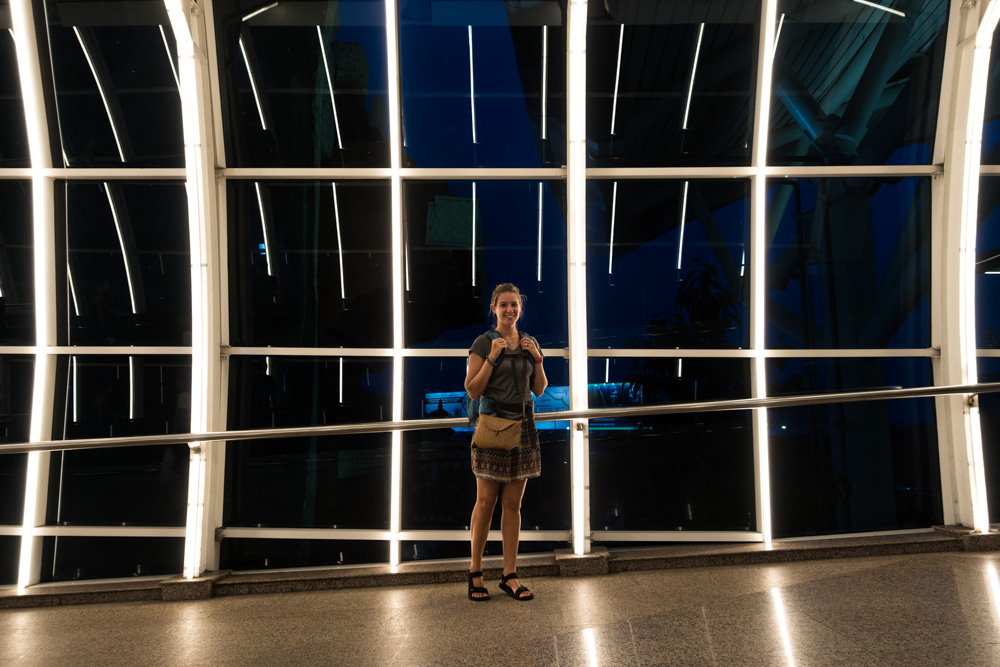 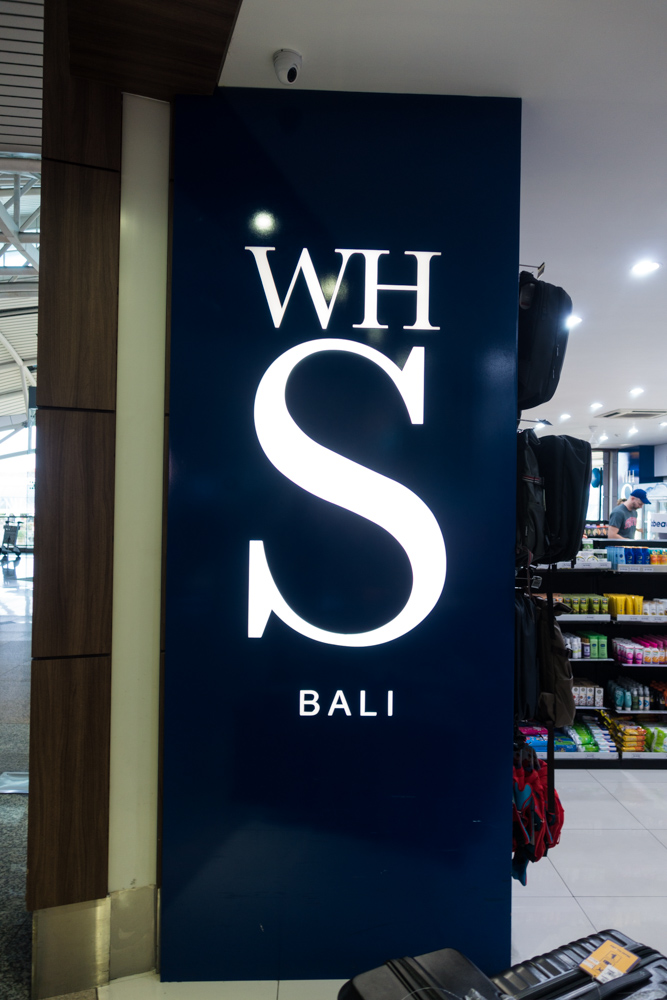 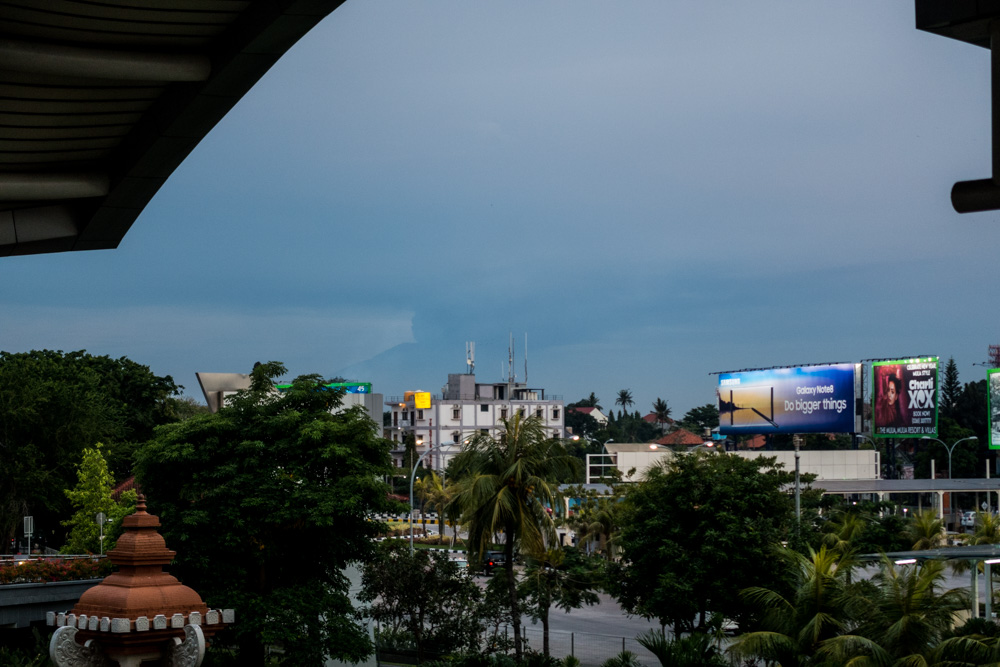 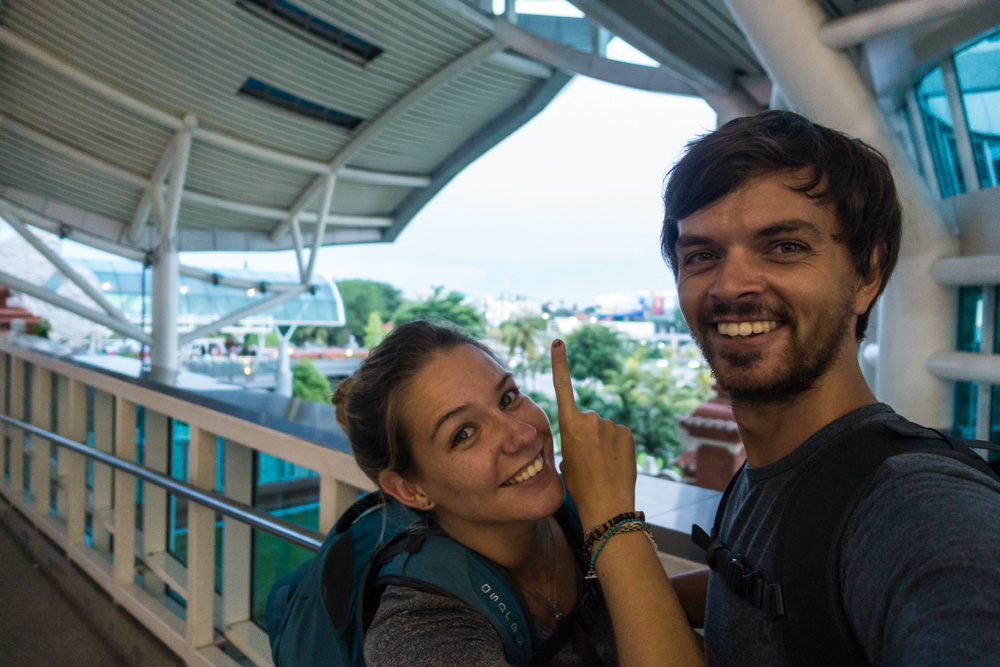 The time when our check in desk should have appeared on the screens came and went. 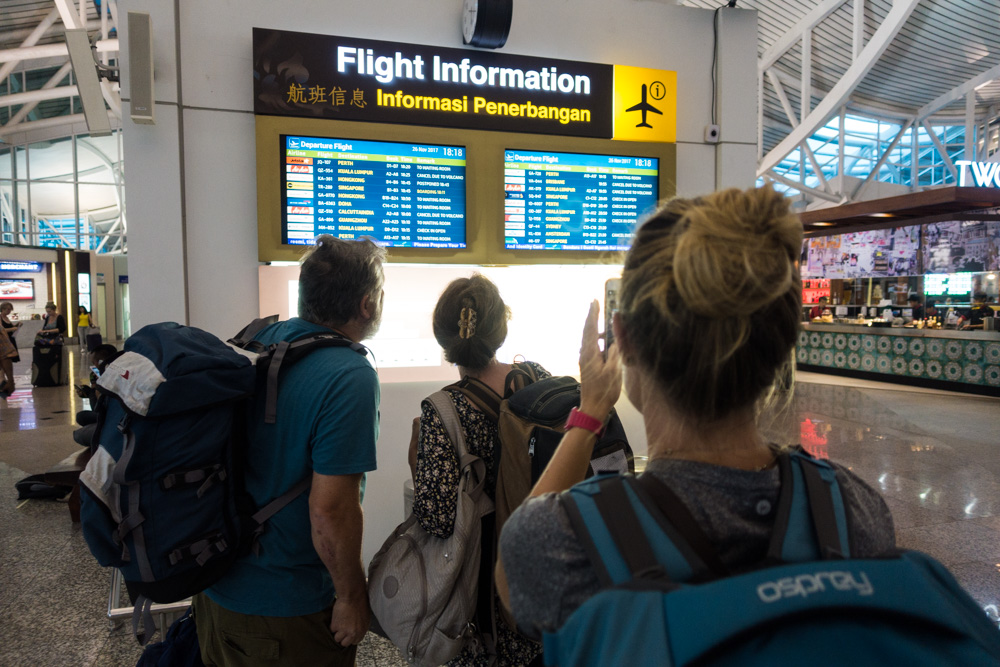 An hour later under the intense glare of an increasing impatient Nikki our flight finally popped up on the screen. We hoped that between now and our expected departure time it wouldn't get cancelled on us. We made it through check in, security and the annoyingly circuitous route through duty free and waited at the gate with fifteen minutes to spare. Our flight left on time.

When we finally arrived in Vietnam Nikki found out that we were likely one of the last flights to make it out of Bali, with all flights now grounded. People were warned that it would likely be for a week and the situation was being assessed every six hours.

We decided during our last week in Indonesia to cut short the rest of our time in South East Asia. We'd grown tired of not being able to get around and explore, without having to get a taxi or book a tour. With our UK licenses we can hire a car in the rest of the countries we planned to visit outside of Asia. We'd already booked Vietnam but decided to skip Cambodia and Laos. Instead head to the Philippines as our final destination in Asia, as it's en-route to Australia and many flights connect there anyway.

I spent a long time thinking about what kit to take travelling, how to carry it all and how…