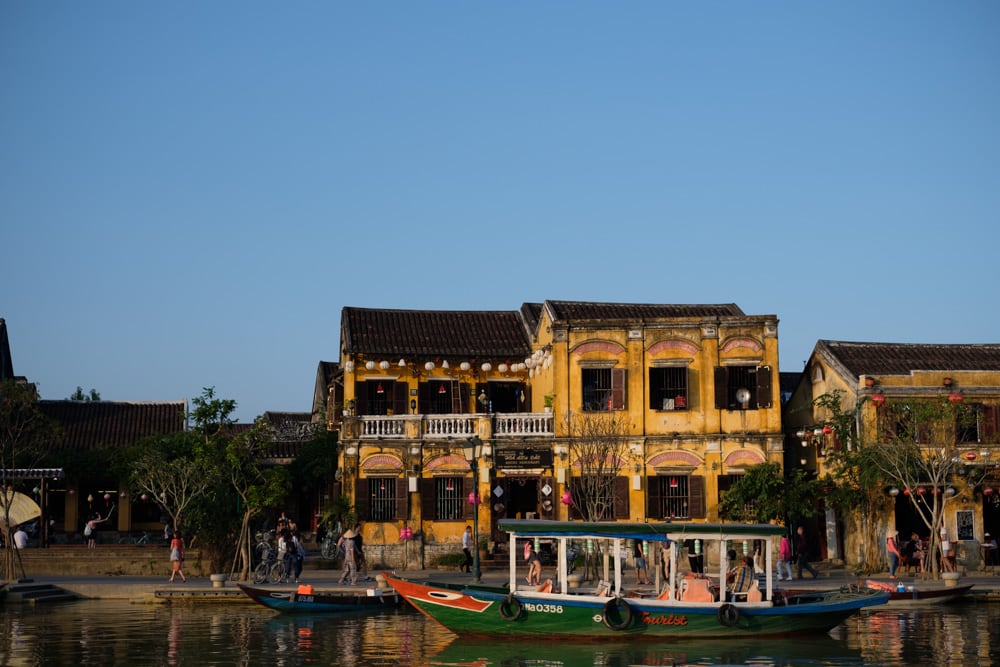 It's quite a mouthful Hoi An and Hanoi isn't it? It is also VERY easy to get their names muddled up when you're speaking about them, Josh and I have done this many times now. However the two cities could not be more different from each other if they tried. One of them we liked and one of them we grew to become disgruntled with over time.

When we'd mentioned to other people that we were including Vietnam in our travels the frequent thing we heard was 'You MUST visit Hoi An, it's BEAUTIFUL'. (Although it is constantly being autocorrected to Hot An whilst I'm writing this blog – just to clarify incase there's a Hot An that escapes my checking, we didn't meet a hot girl called An at any point). We arrived there pretty early in the morning [I'd say 5am is more than pretty early! – Josh] after getting the sleeper bus and had a relatively short walk to our homestay after batting away super persistent taxi drivers.

Our homestay was one that at first brought up very mixed emotions – at first the place seemed great with a varied breakfast menu (including banana pancakes which have become our staple breakfast in South East Asia), the staff were super attentive including the owner Flower and her sister Gold, there were nice people staying there who we chatted to over breakfast, and then there was the room…

We opened the door and it felt like we'd travelled back two years to when we opened our flat door after it had been flooded and gone mouldy. We sucked it up and got on with it and in the end we really enjoyed our stay there, it was just not what we were expecting to see as obviously it wasn't included in the photos. However our stay was nice and at the end of our stay we even got invited to have dinner with the owner as well as being driven to the airport by her husband.

When you go to Hoi An, no doubt the questions you will be asked most during the day are 'Are you shopping?'/'Do you need a tailor?'/'Dress?'. Hoi An is well known for its tailoring and it's hard to miss it with all the ladies cycling around touting for business and the streets lined with tailor shops all selling items of clothing that look like they've come out of a Ted Baker shop. Doing carry on luggage only on this trip meant that neither of us were there for the tailoring, but maybe next time… 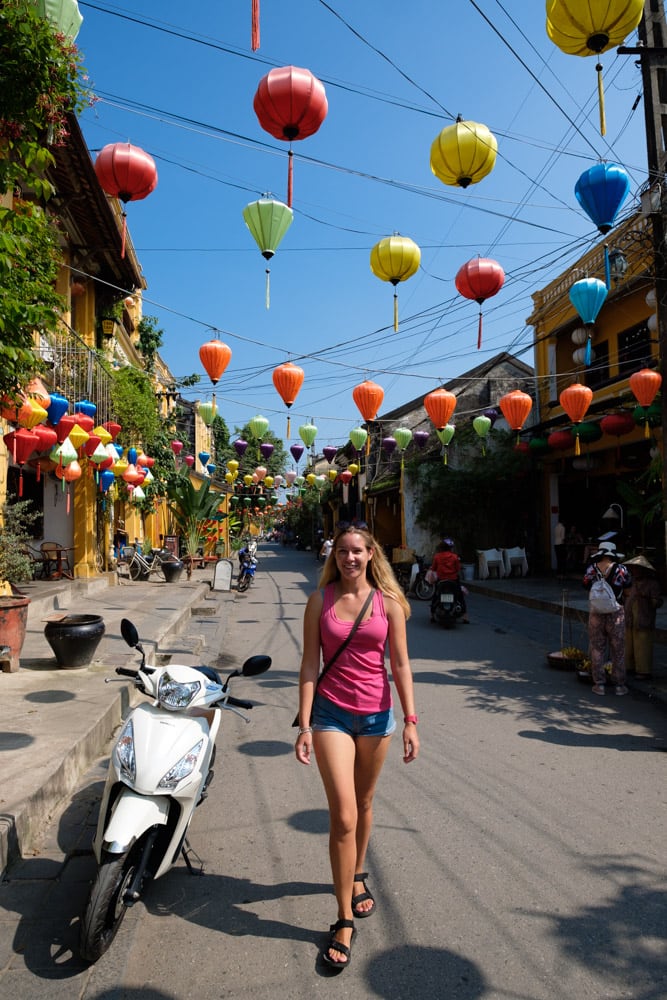 The questions you will be asked most at night are 'floating lantern?' or 'boat ride?' [It was so incessant it was really difficult to ignore and enjoy the evening – Josh], as Hoi An has a beautiful river that is lit up at night by the floating lanterns and tourist boats with lanterns on them. Again, we turned these down but we did make sure to stop and sit near the river for a few nights to watch our fellow tourists light candles in paper lanterns and push them down the river. Our main concern was what on earth happens to all of the lanterns that get put into the water, we couldn't find a real answer so I doubt it's eco sustainable! 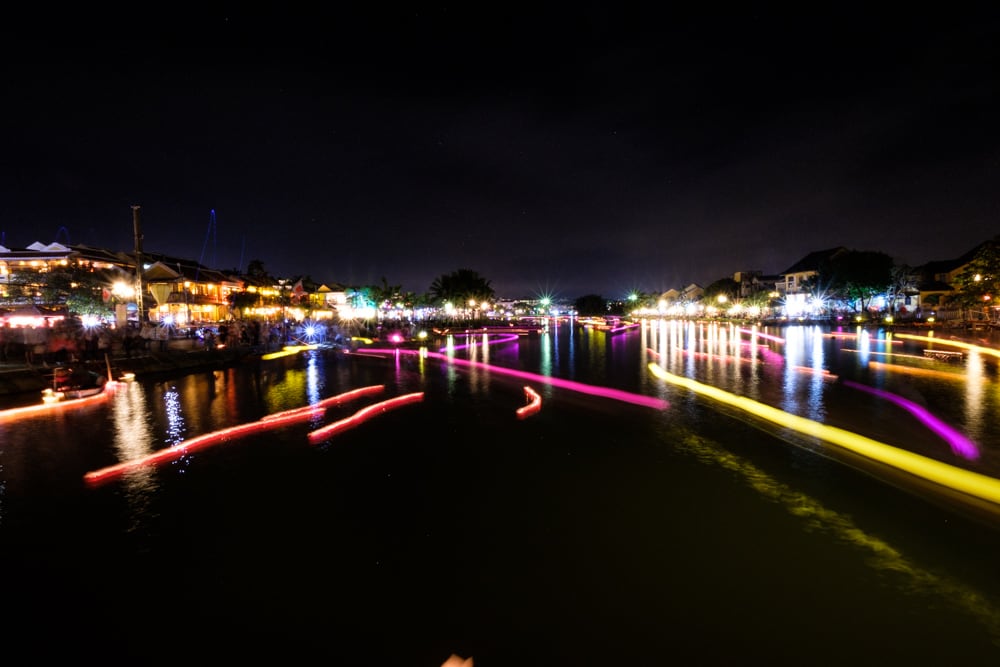 Not only is the river beautiful in Hoi An but so are the buildings, which you would expect from a UNESCO world heritage city. The ancient part of the city is absolutely beautiful, even more so with the colourful silk and paper lanterns strung up everywhere. We wasted most of our time in Hoi An walking around the ancient streets people watching, taking photos and having coffee breaks. Every time we stopped for a coffee and cake it brought back happy memories of when I used to go out on day trips with my Aunty Jo and Uncle Graham who always insisted on coffee and cake breaks, it's one of the things I'm looking forward to doing again when we get home. 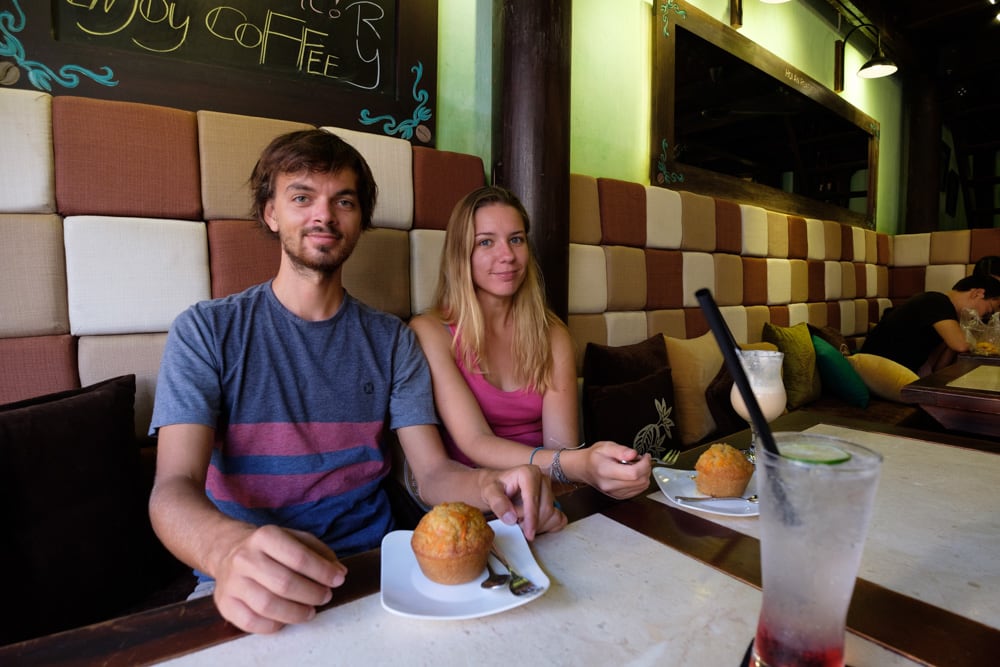 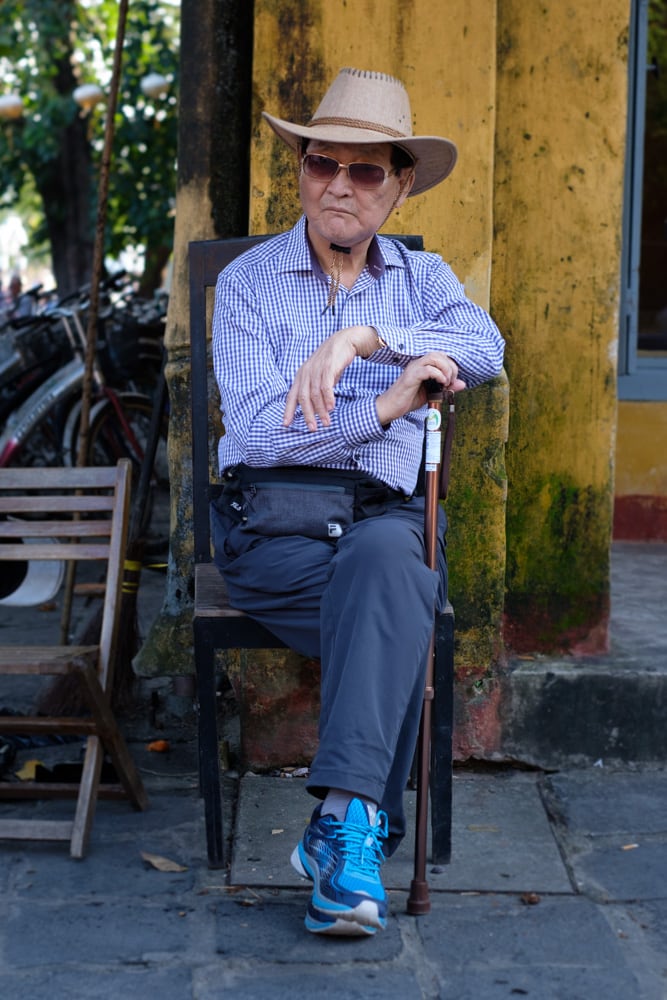 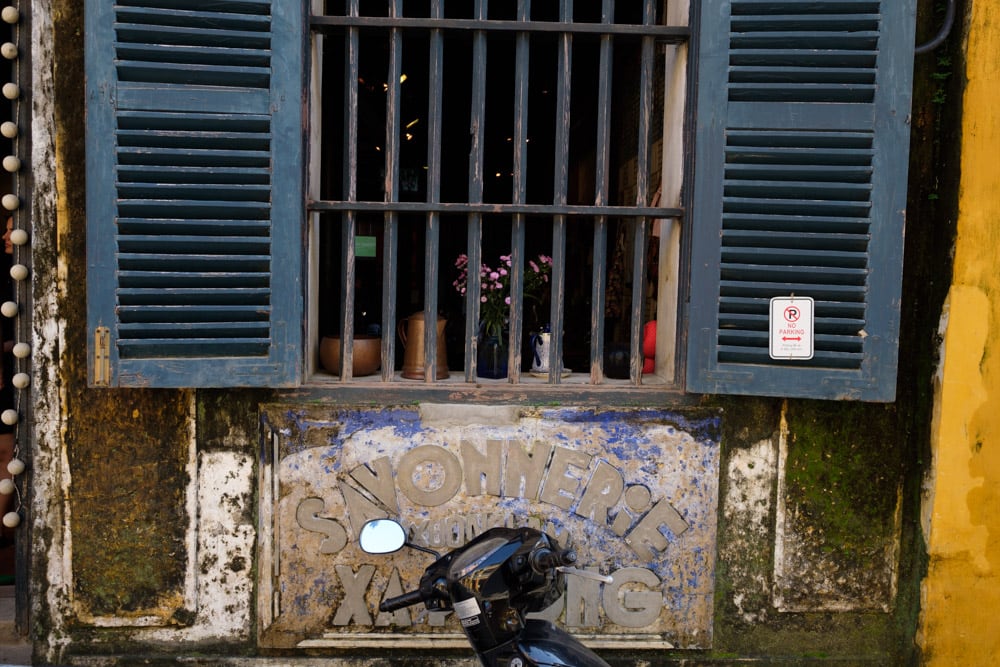 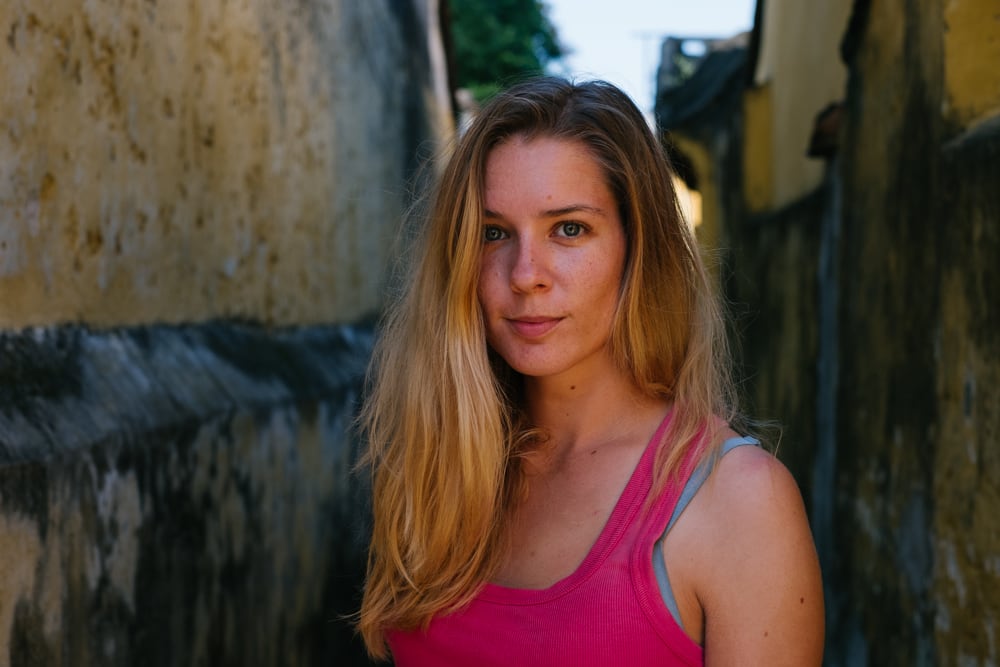 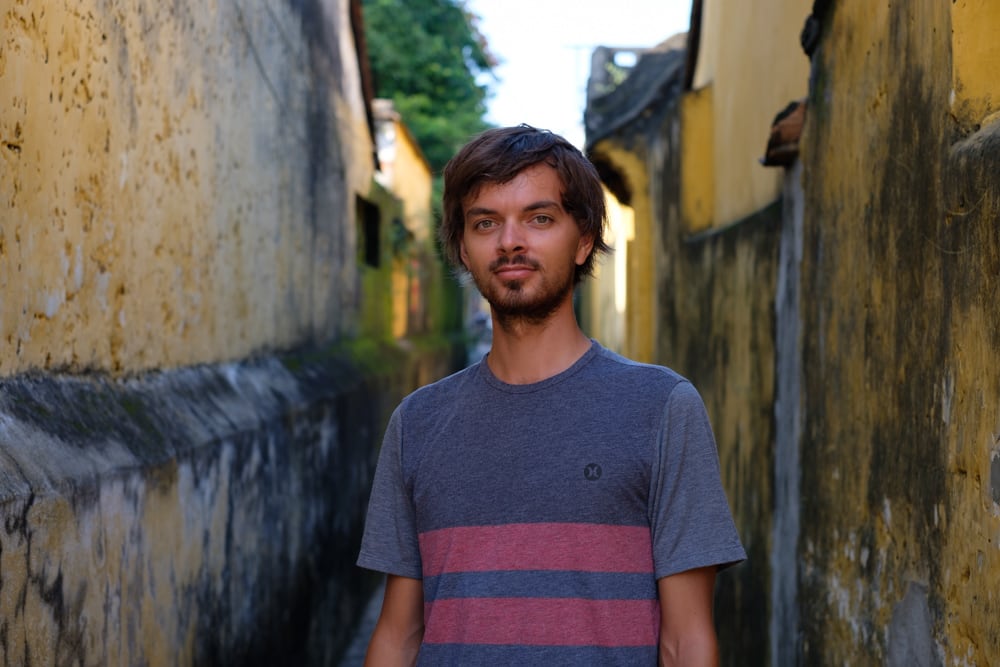 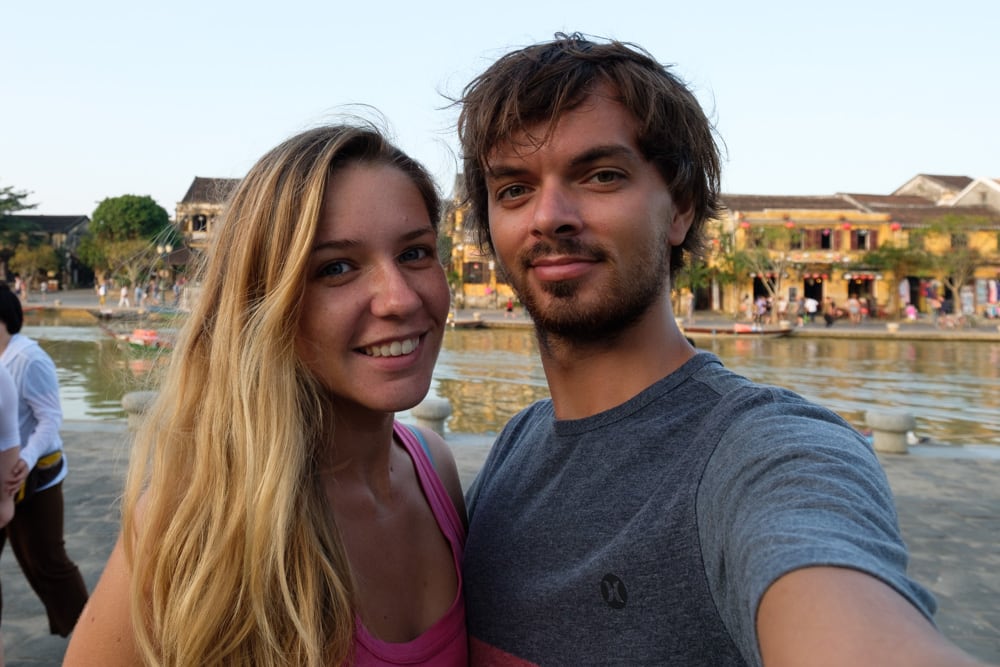 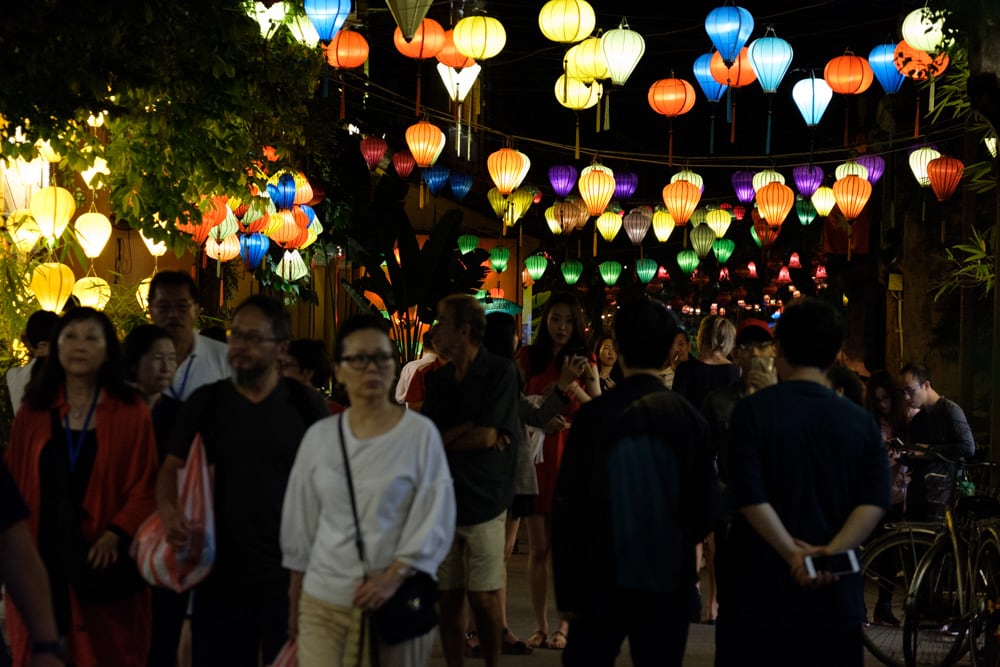 Another food orientated activity in Hoi An was eating Banh Mi, the typical street food lunch of Vietnam which is a filled baguette. Most Banh Mis are full of pâté, so our luck was in when we found a stall that sold vegetarian Banh Mis and served them in the front room of their house. The Banh Mis from Phi Banh Mi tasted SO good that we went there three days in a row, on the third day we even got to see the owner's pet lizard (if one of the Wills is reading, that is not a euphemism) as he was trying to impress a tourist's child. Food hygiene?… Meh.

When we'd finally had enough of eating all the food and wandering around the ancient town we had two options, hit the beach or cross two bridges to find an island which is meant to be quite famous in Vietnam for its handicrafts. We knew we were going to the Philippines next where we were hoping to find lots of beaches so we went in search of the island based on a conversation with a Brit living in Australia who we met at our homestay. After quite a long walk we found ourselves on the final bridge – hurrah! The bridge was only accessible by foot or motorbike as it was pretty rickety and narrow, we watched locals zoom over the bridge and tourists approach it with caution. As we were walking across we saw a Vietnamese guy lose the concrete poles that he was towing on his scooter, we walked up and smiled with no return so we continued on walking as he didn't seem to want our help. A few seconds later we heard "HEY!" and Josh was called for help. It was hilarious watching Josh push the trailer and running behind shouting "Oooh" and "Woah there" as the guy attempted the hump back bridge again with success. That was the only memorable moment of our trip across the bridge, we never did see the promised handicrafts… 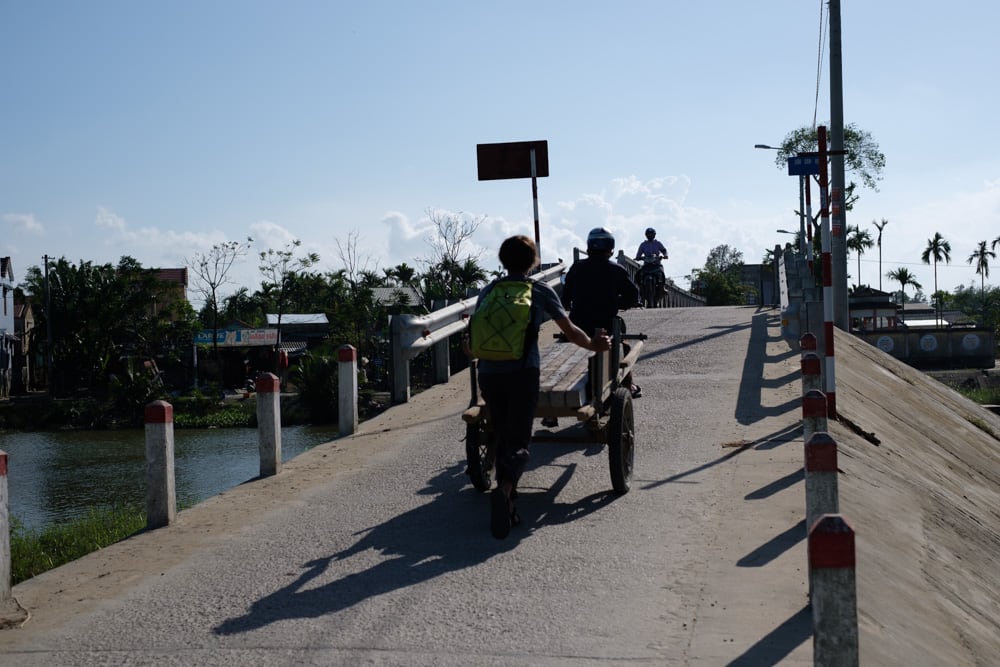 Hoi An was a beautiful place to visit and I'm glad we got to see the place as the previous month it had been flooded, although you wouldn't have been able to tell. It was also our first time seeing a UNESCO world heritage site! 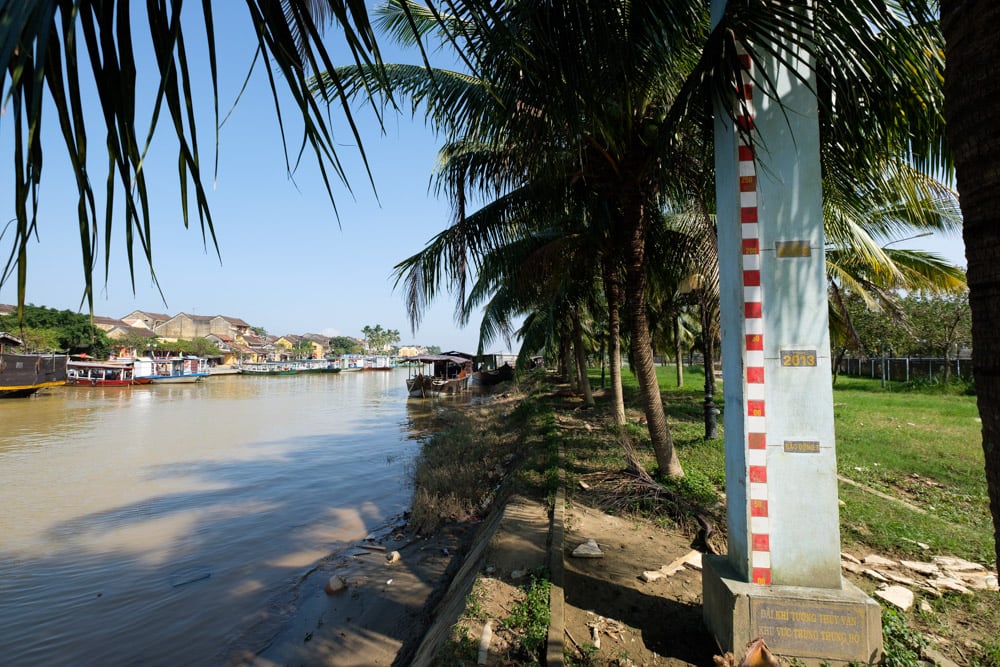 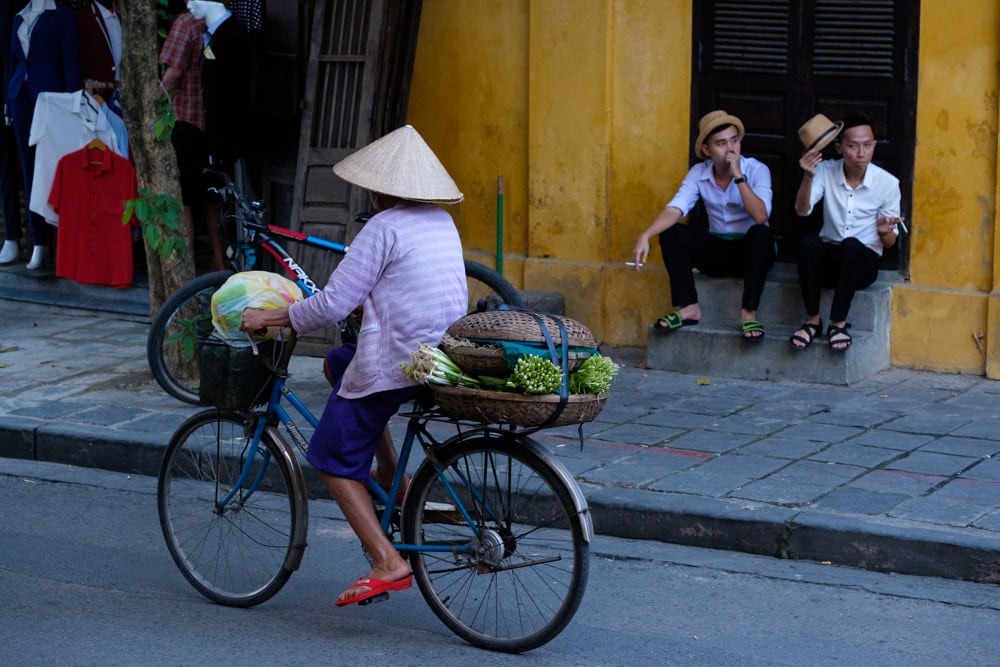 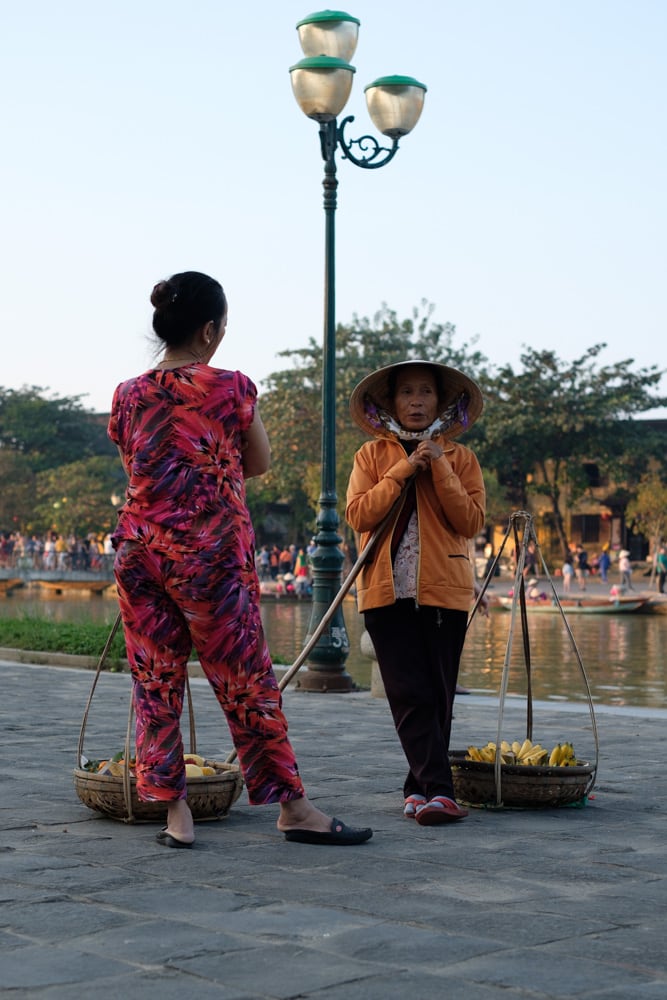 When our four night stay came to an end we flew up to Hanoi as we were advised by our friend Emily that if we wanted to visit Sa Pa and Ha Long Bay then we should spend more time in Hanoi than we thought so that we could use it as a base. Emily if you're reading this, thanks for that advice – you were SO right! 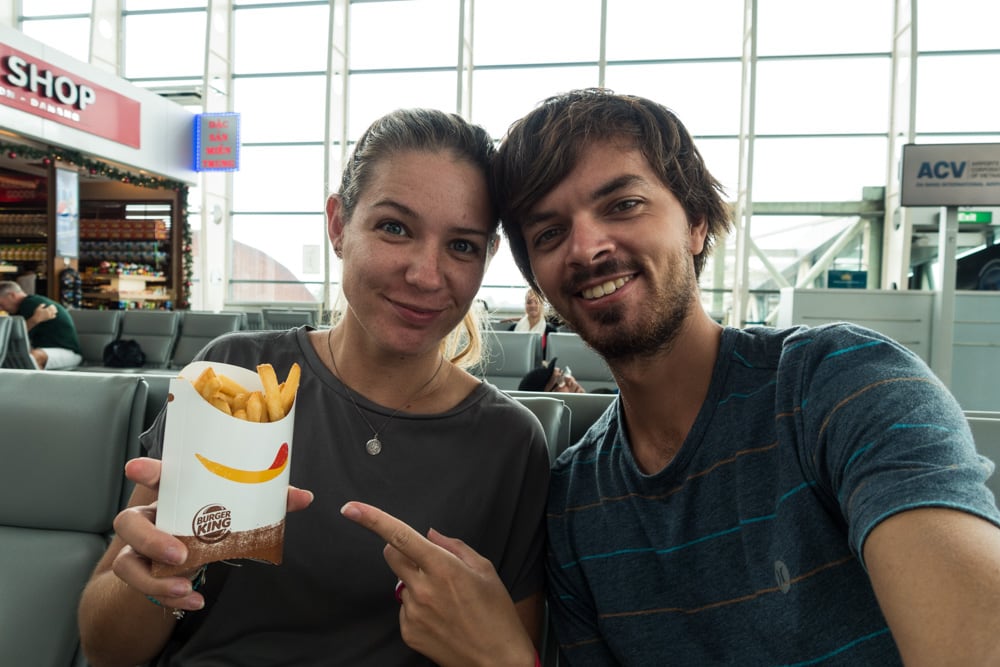 After getting off the plane in Hanoi we soon found the local bus that would take us into the city and off we went. The ticket guy on the bus helpfully told us which stop we needed to get off at and we used Josh's offline google maps (the saviour of our trip so far) to get us to our hotel for the night. 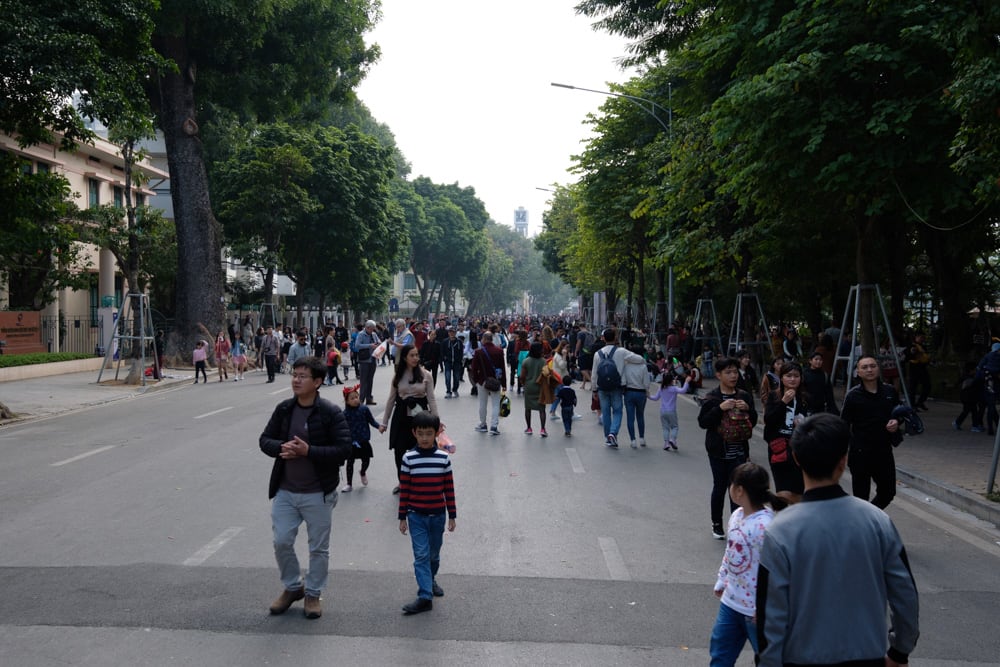 It was only when we got back from Lan Ha Bay that we spent an extended period of time in Hanoi and then we grew to dislike the constant need to check all around ourselves before putting a foot forward in case a scooter was driving on a pavement or was driving the wrong way down the road. (It may not be fair to blame our dislike solely on Hanoi though, we were both growing pretty tired of South East Asia after three months and missing our families and friends at Christmas.) [Though we never actually got hit by a scooter, the whole time in Hanoi is spent avoiding them as they skim all to close to you. You have to be really bold when trying to cross the road and you have to physically be in front of a scooter or car before it might stop or change direction to not hit you. It gets really tiring after a while. Also, oh my god the beeping. So much horn beeping. – Josh] 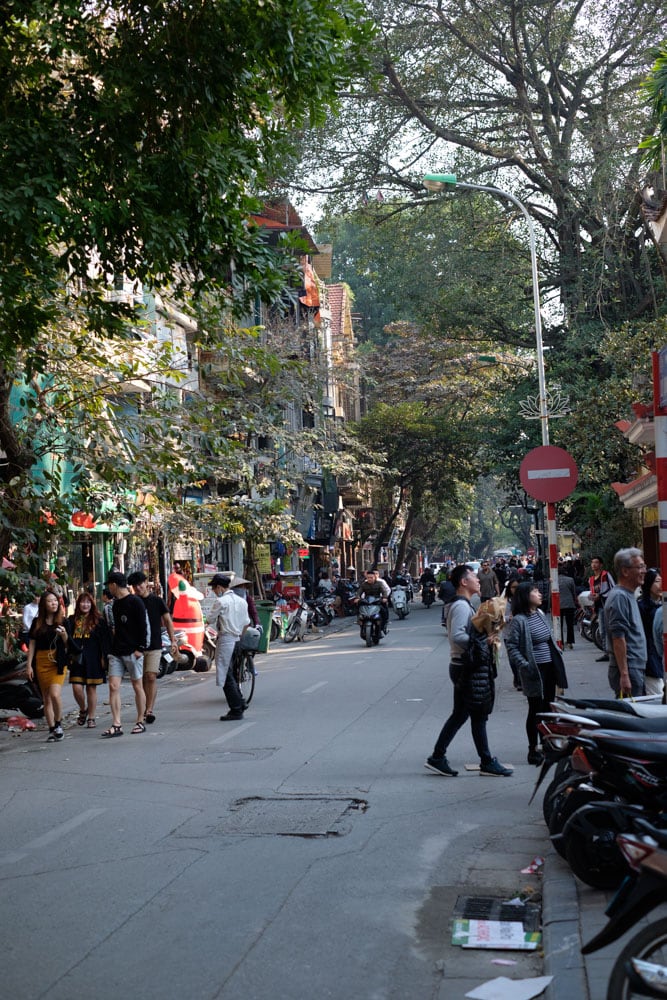 Despite our negativity towards the end of our time in Hanoi, we definitely made some good memories in Hanoi. 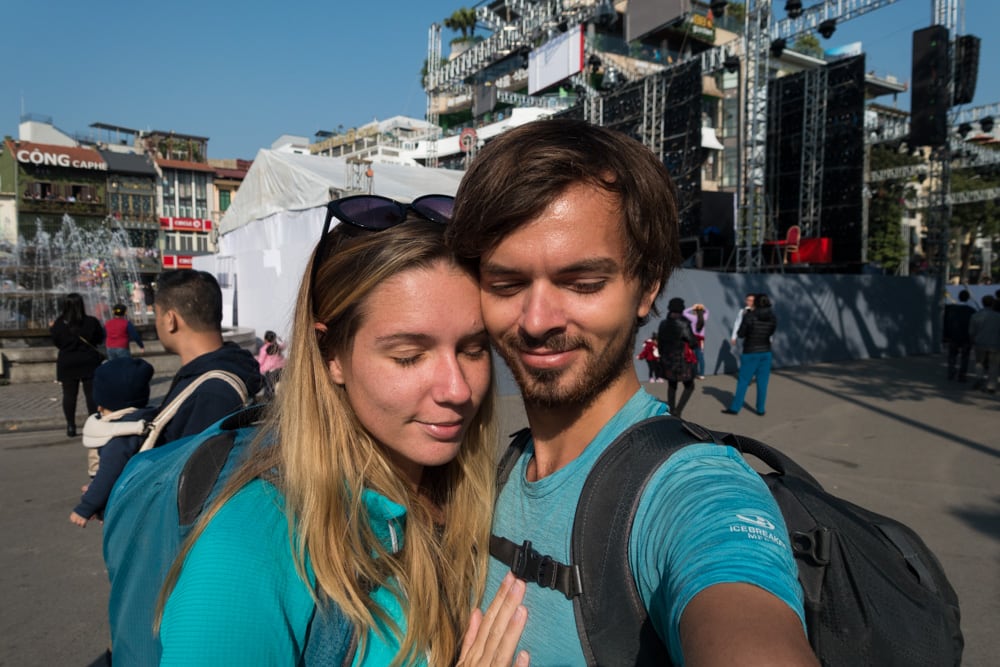 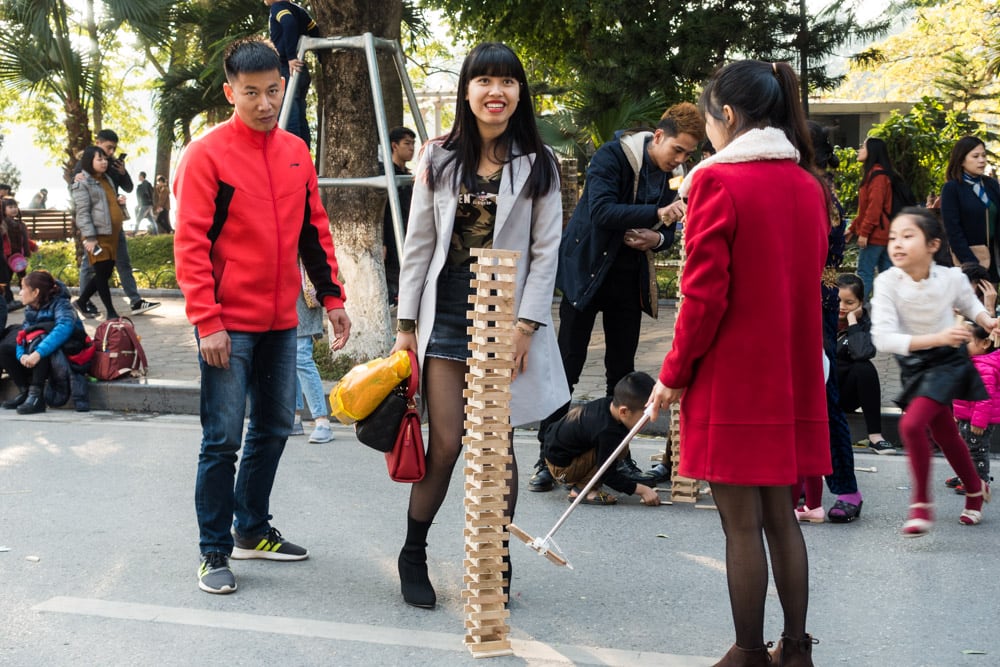 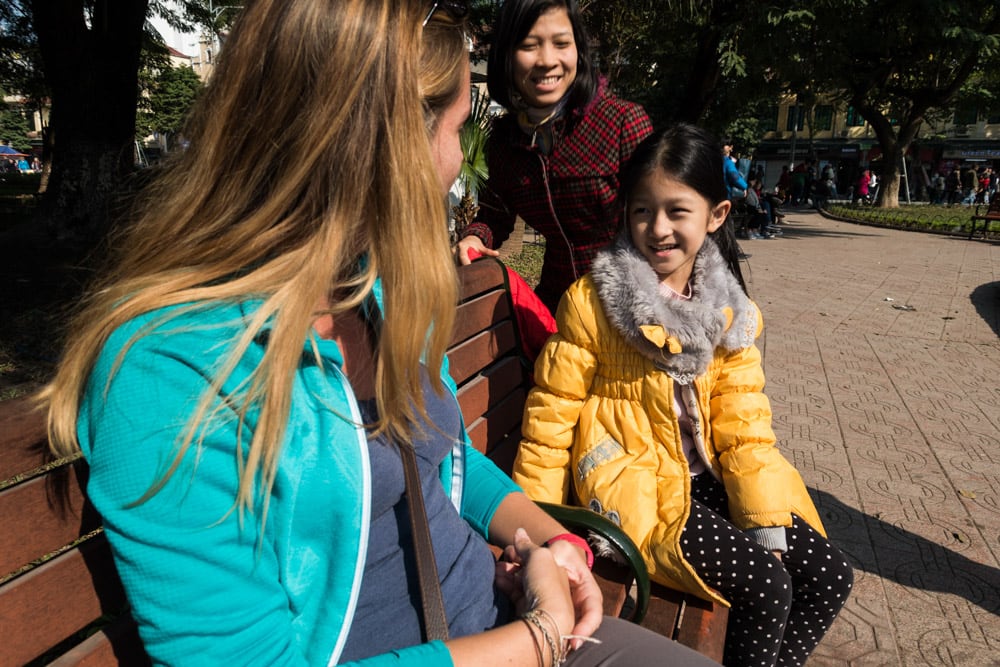 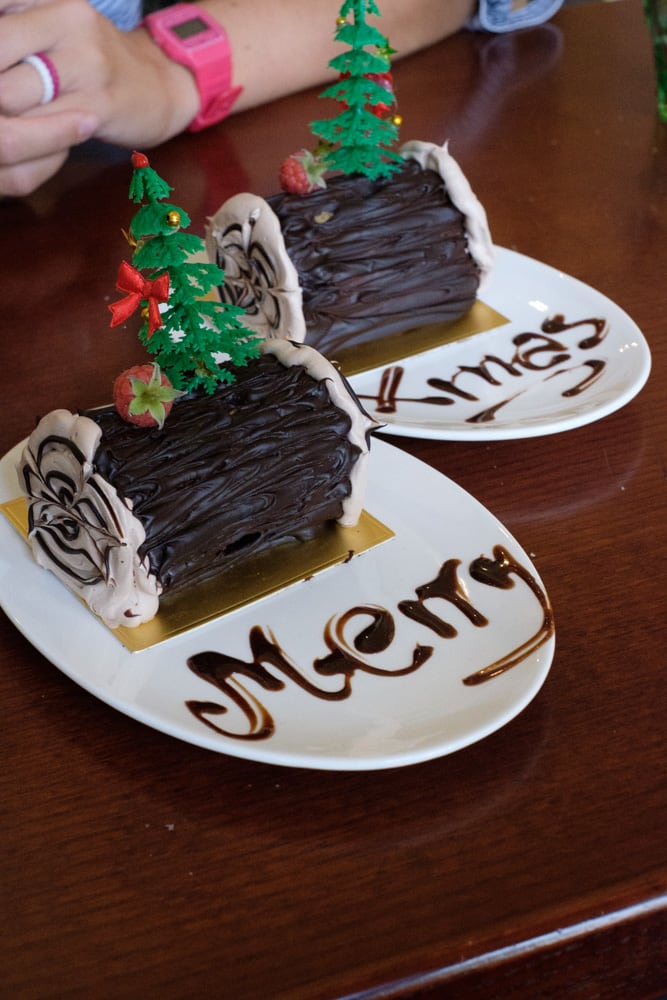 If I had to pick one major city to visit in Vietnam I would definitely pick Ho Chi Minh over Hanoi, I found Hanoi a bit too hectic in terms of traffic (on the pavements and going the wrong way) [Or how about two way scooter traffic on the pavement, in the dark. Yep. – Josh] and it didn't seem to have as many cultural sites for tourists. However, I'm glad we went and saw the madness for ourselves as well as using it as a base for our two big adventures of Vietnam (we'll write their blog posts soon but our internet for the next three weeks is going to be minimal so I don't know when they'll be up). When we were planning our year abroad we read conflicting advice on whether to take a smartphone. Most people…

We left Mui Ne on the 4th of December on a Sinh Tourist bus to Da Lat, where we…