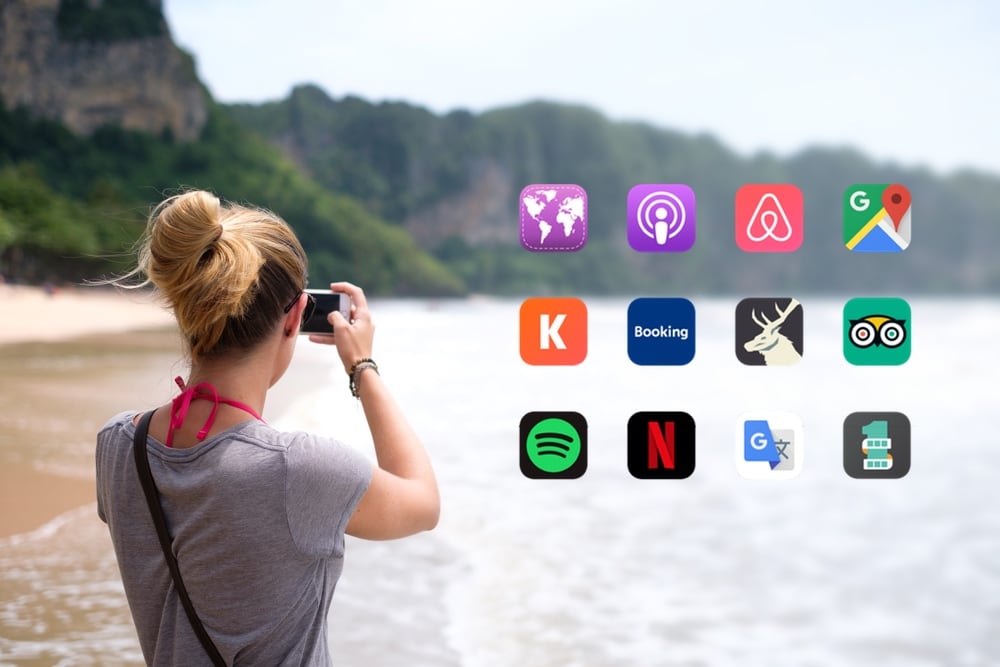 When we were planning our year abroad we read conflicting advice on whether to take a smartphone. Most people & blogs said yes, but some were adamant that you shouldn't in case it gets stolen. To that I say; I've felt no more at risk of having my phone stolen while we've been travelling than I do at home.

Smartphones are so useful for planning and booking your travels and we definitely recommend taking one with you if you have one. Just use common sense about when and how you use it, like you would at home and you'll be fine.

We've tried loads of different apps that promise to do something or other for travellers but after a while we found we kept coming back to the same small set, so here are our most used travel apps…

Note that all the apps listed are used on iPhones but you can probably find them on whatever phone you've got, many of them are available as web apps too. 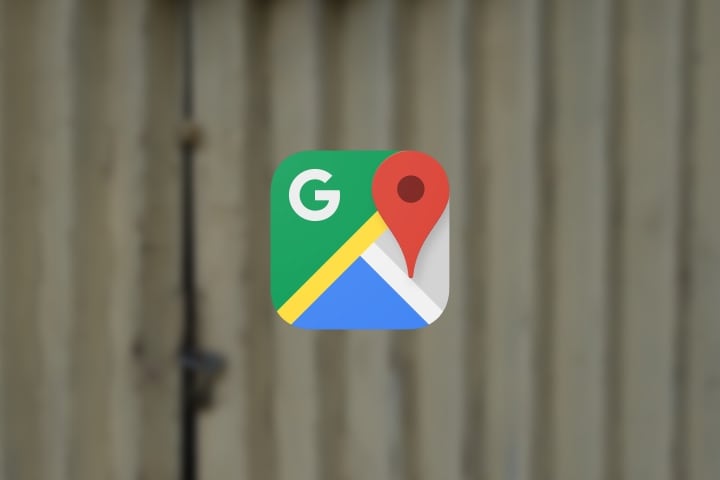 Of all the apps we use this is the main one I think we would really struggle without. Using the offline feature by downloading areas of the map and flagging places of interest (like hostels) ahead of time is such a good feature. It allows you to have enough detail to turn up somewhere new and instantly find your way, without having to take a taxi everywhere. Thanks to Google Maps we've got lost so few times it's hard to believe. 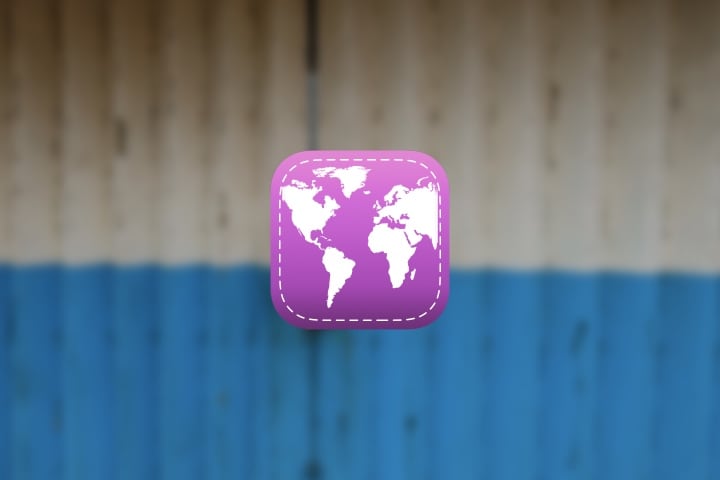 An indispensable app made by Simon from Never Ending Voyage. Trail Wallet is made for travellers to record their outgoings by someone who's been travelling for about 8 years, which means they know what their users want. It easily allows you to track your expenses against either a daily or trip budget and shows you how you're doing. We'd be a mess of receipts and spreadsheets, or a tangle of unintelligible hand written notes by now if we didn't use Trail Wallet. 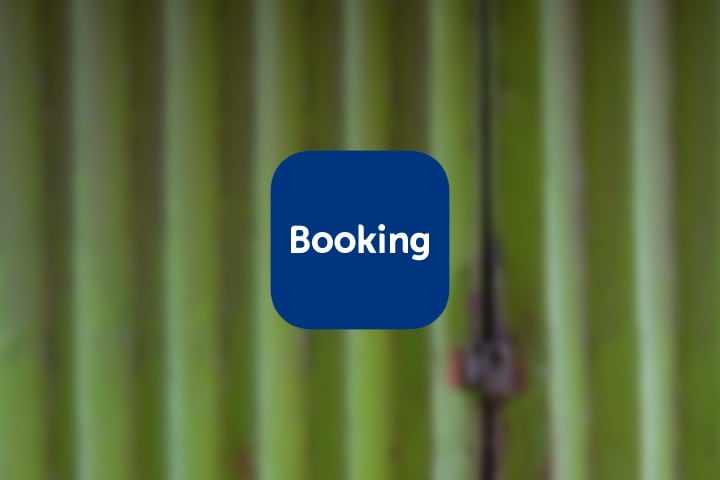 There are many ways to book hotels and accommodation, a plethora of apps and websites promise to get you the best prices and deals. We've tried a few and settled for using the Booking.com app nearly every time. It got ridiculous trying to find somewhere to stay and then checking the price in four or five different apps. I decided to cut the bullshit and just use booking.com, knowing that we might not always get the best price but happy to make the process less annoying. As a bonus we've now used it so many times it will sometimes give us an extra 10% off places. 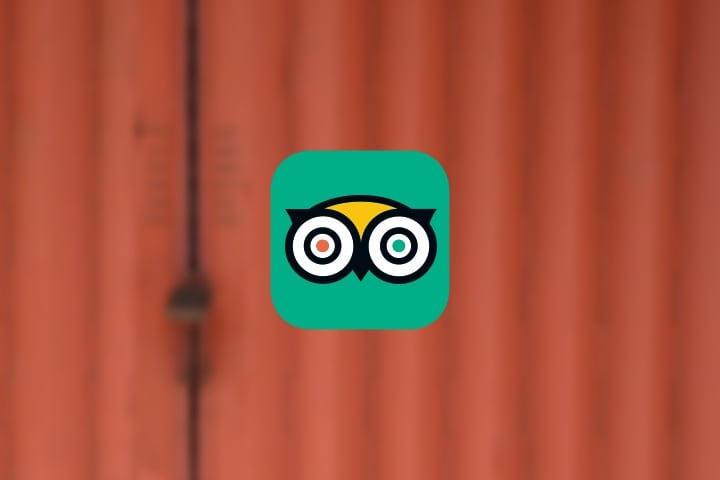 It doesn't list everything and everywhere and sometimes the reviews need to be taken with a pinch of salt but generally you can get a good overview of a place from what you find on TripAdvisor. If there's loads of well reviewed places listed, great, you're probably good to go nearly anywhere in town. Not many places listed at all? Hmm, maybe don't stay too long. It's not a foolproof overview but generally it works. 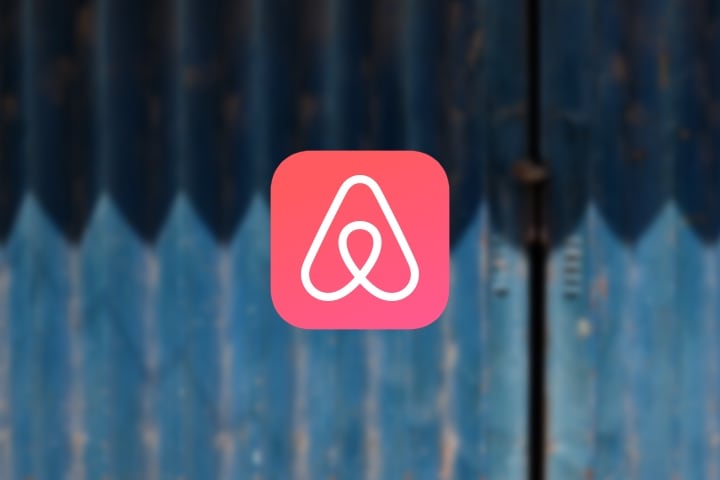 We've not used this much in South East Asia but we've booked a couple of places and we used it before this trip as well. Sometimes the places you book can be a little more 'real' and in weird locations when compared to a hotel or something, but that's kind of the point!

We plan to use Airbnb more for the rest of our trip as we'll be in English speaking countries and hopefully with a rental car, which will make things a bit easier. That said we didn't have a problem using it in South East Asia and definitely recommend it as an option, no matter where you're going. 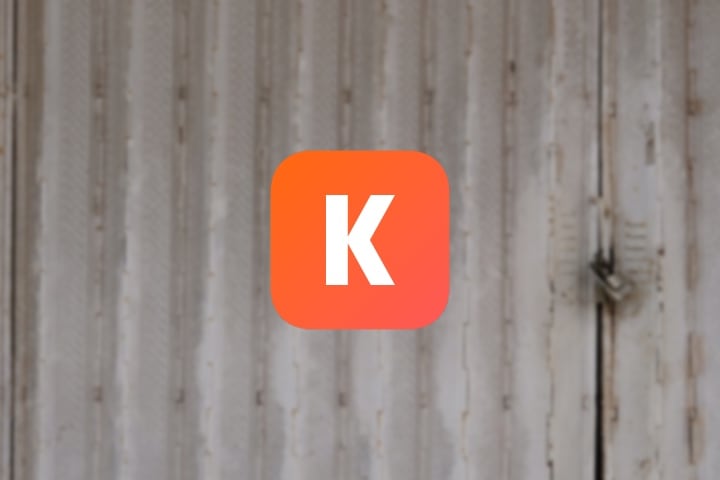 In a similar vein to our decision to mostly stick with Booking.com for accommodation, we use Kayak to book flights over all the various options out there. We will sometimes also compare with Skyscanner or something but always end up booking through Kayak. It shows you prices from various companies like Opodo and eDreams etc. I find the app easy to use and plus, I like the name. 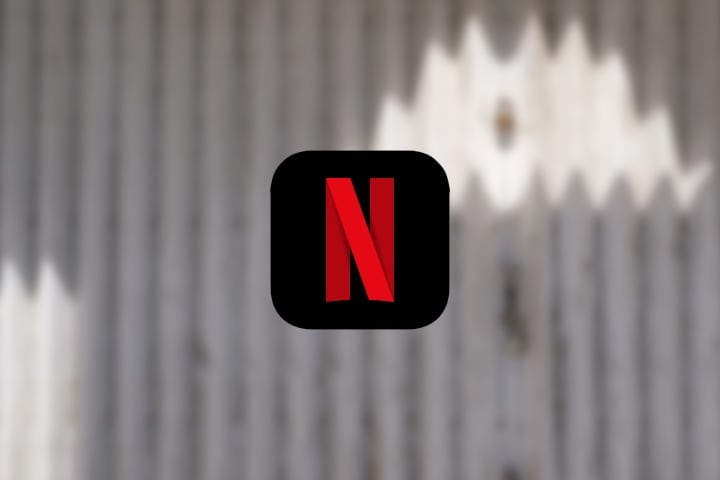 Not strictly a travel related app but if you don't already have a Netflix (or whatever streaming service you prefer) subscription we definitely recommend it. Sometimes you just want to sit down and watch a film or some TV and take a break from travelling, believe me. We heard the same from other people before we left and I didn't fully believe them, but it's so true. 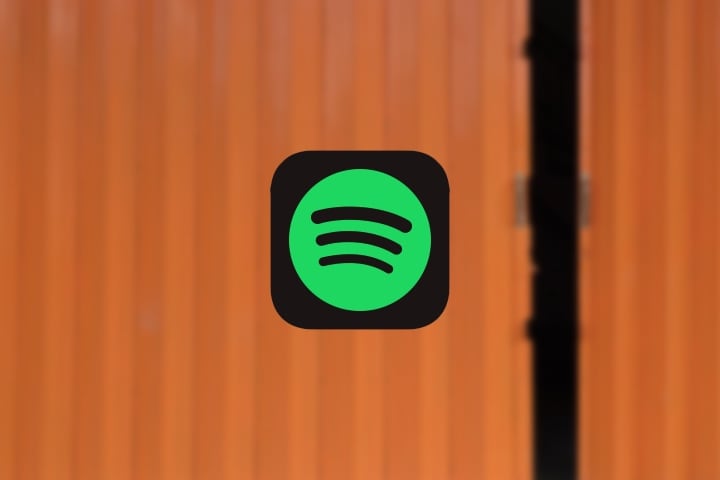 Again, not essential to travel but you're probably going to want to listen to music at some point and having the Spotify catalogue available to download or stream is useful when you've got a long journey coming up. 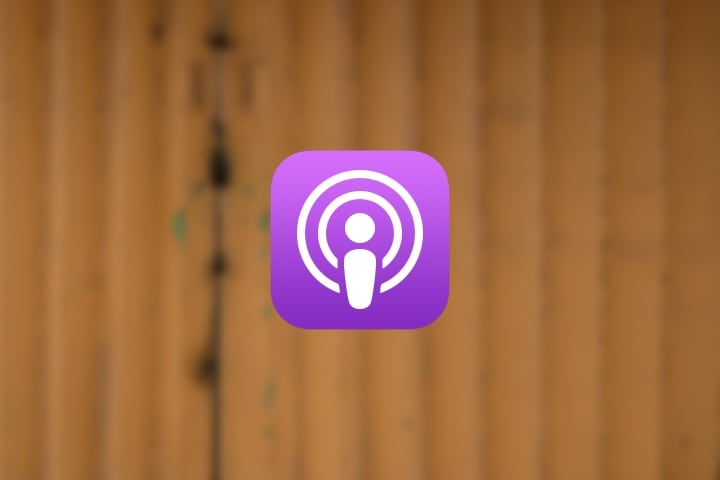 On that note we've both listened to plenty of Podcasts on this trip, both using the Apple Podcasts app. Neither of us had ever really listened to them before but have found they're good when you don't really want to listen to music but you're stuck on somewhere with little else to do. 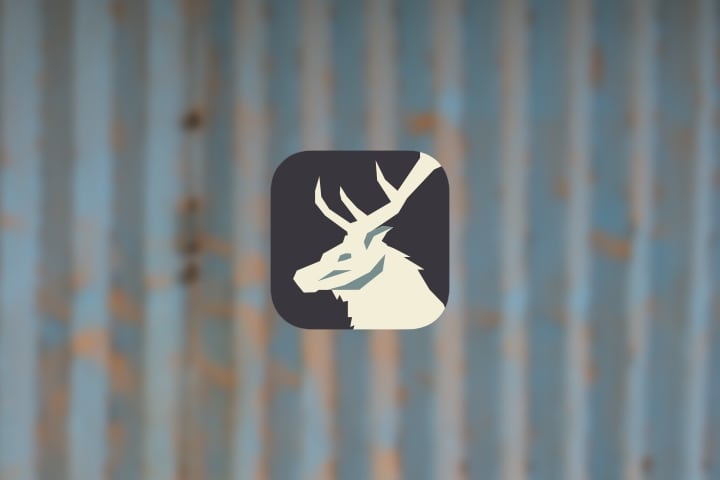 Keeping track of the various exchange rates in the different countries can be tricky and I've tried various currency converter apps and found Elk to be the most useful. Elk is a bit different; rather than entering the exact amount you want to convert it displays a list of amounts and allows you to swipe left and right to show increments of 10's, 100's, 1000's etc. It's really useful for giving you a quick overview of things. It only shows one currency conversion at a time though so sometimes I use an app just called 'Currency' when I want to compare across more currencies. Both these apps allow offline conversion, not all apps allow this which kind of defeats the point. 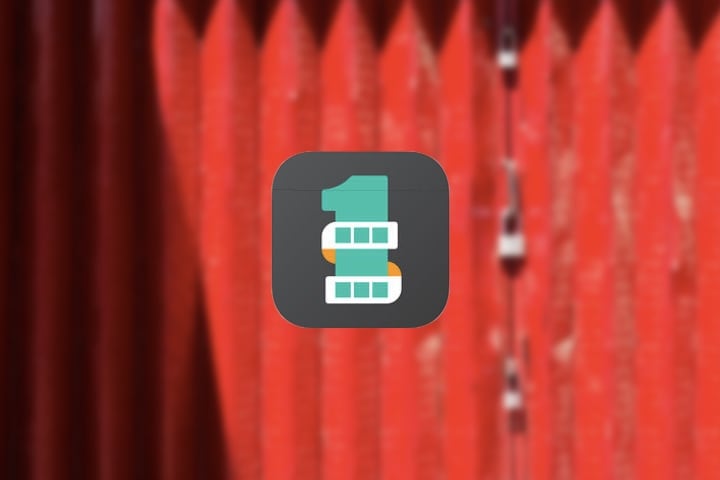 Another non travel specific app but one Nikki is really glad she found out about. She started off by recording separate short clips each day with the intention to make them into a longer video when we get home but decided to pay the money and get the 1 Second Every Day app to do it automatically. You can set it to remind you to record a clip each day and it will put all the clips together for you and allow you to chose a video or a photo to add if you miss a day. It's a really nice little overview of our trip and already reminds us of things we've forgotten. 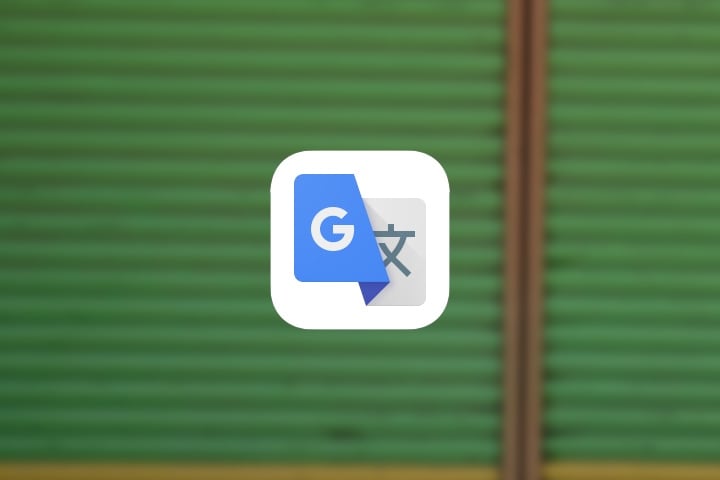 Nearly everywhere we've gone the people we've met have spoken better English than we could speak their language. This goes for people local to each country as well as the visitors we've met. We do try to learn basic words though and Google Translate helps with this as it can show you how words are pronounced. It's also useful for translating random signs and other random phrases you come across, just make sure to download the languages you want to use otherwise you need an internet connection.

In Vietnam my headphones broke while we were on a sleeper train (they'd been going 10 years, which I think is pretty good!) and I had to go buy some new ones. Google Maps found a specialist little audio shop that had a good range of headphones and eventually found it down an ominously dark and scary alleyway. The guy inside didn't speak a word of English and me not a word (beyond 'hello' and 'thank you') of Vietnamese. Google Translate to the rescue as we both used our phones to translate everything we said. I ended up trying a few models, giving feedback and eventually walking out with a great pair of FiiO F5s.

Sometimes I think I'd like to go back to the old days and not use my phone for everything all the time. But then we turn up somewhere new and Google Maps comes to the rescue. Or we don't fancy walking around for ages trying to find something to eat and TripAdvisor has some recommendations within a short walk. None of the apps we've listed are essential to travelling but they make it a hell of a lot easier!

Trekking (trying not to fall over) with Sapa Sisters

It's quite a mouthful Hoi An and Hanoi isn't it? It is also VERY easy to get their names…