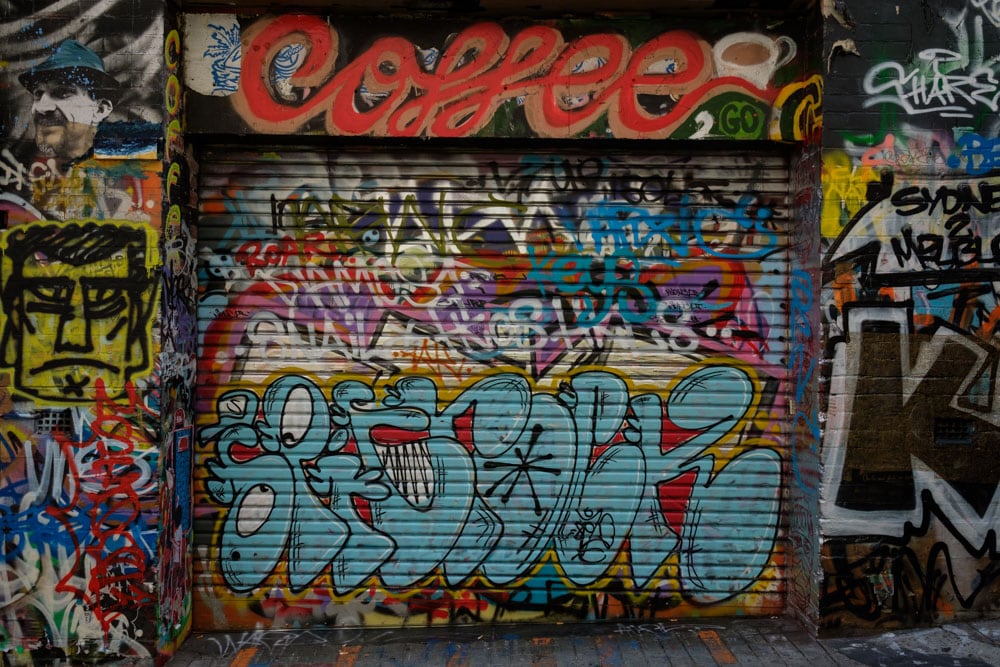 We spent our time in the Philippines super excited to get to Australia, looking forward to being in a Western culture again. But two weeks prior to leaving, all of a sudden, I became very afraid! We'd spent 4 months in Asia and had got used to the very different culture and not being able to have a fluent conversation with the majority of people, how on earth would we cope being in an English speaking country and would we experience a reverse culture shock? It would be the first time that either of us had been in an English speaking country that wasn't England.

Our flight to Melbourne was pretty uneventful and we arrived mid-morning, passed through super efficient border control and then decided to change the last of our money from the Philippines into Aussie dollars so we could get transport to our Airbnb. When Josh and I walked up to the money exchange counter in the airport (yes we did get ripped off but we didn't care because it wasn't very much money in the first place), we laughed at the Aussie dollars we were given and exclaimed 'Look it's our queen! HOW WEIRD!!', the lady behind the counter just stared blankly at us like 'Bless the poor English travellers…'. Once we found the airport exit we got snacks and recollected our thoughts before going any further.

Once out of the airport we managed to catch a Skybus into the city centre (unfortunately not an elevated bus like I was hoping for but just a normal bus…), we had the nicest bus driver ever! He was cheery, helpful and often gave happy announcements over the tannoy. Already we felt at home in Melbourne and for the whole ride we had permanent smiles on our faces. 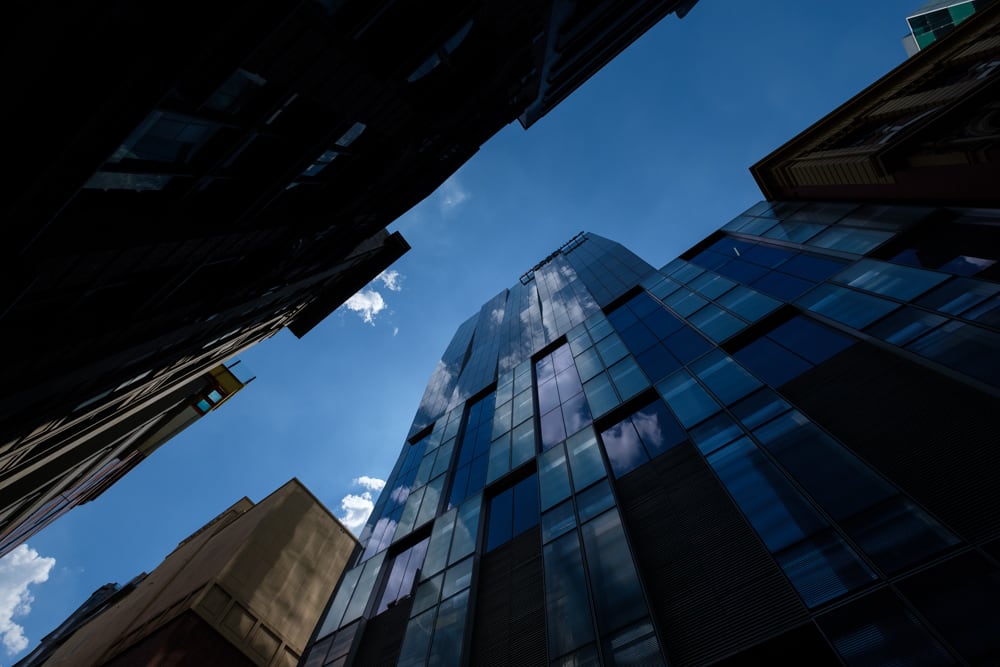 When we got to the city centre (or the CBD as they call it) we consulted google and realised we had to catch a tram. So off we went to an information booth to ask how to catch a tram, again the guy was super helpful and friendly he didn't even bat an eyelid when Josh said 'Er, so how do we get on a tram exactly?!'. We couldn't believe our luck! (We've only met one rude Australian guy during our nearly 3 week stay now!)

We spent 4 nights in Melbourne, and we could have easily spent more! It had a very similar feel to the cool parts of London like South Bank, Camden and Soho (none of the super business parts which was great!) mixed with the indie feel of Brighton. During that time we cooked dinner for ourselves which was a lovely feeling, we could make the food as healthy as we liked and could make it much cheaper than restaurant prices! Our days mainly consisted of getting the tram into the CBD, wandering around finding free things to do and eating picnics in the parks. 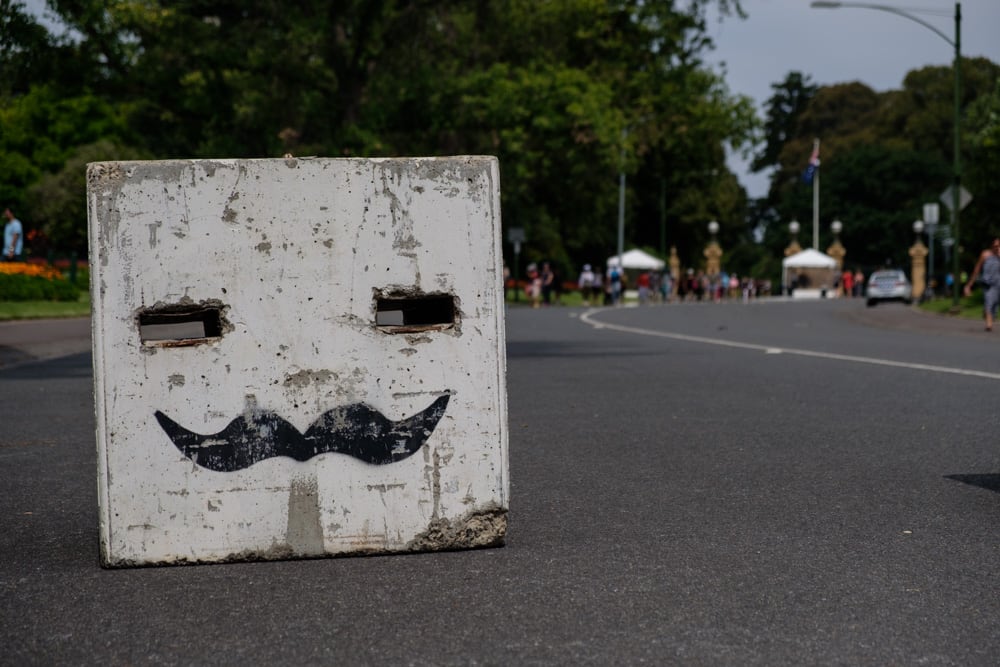 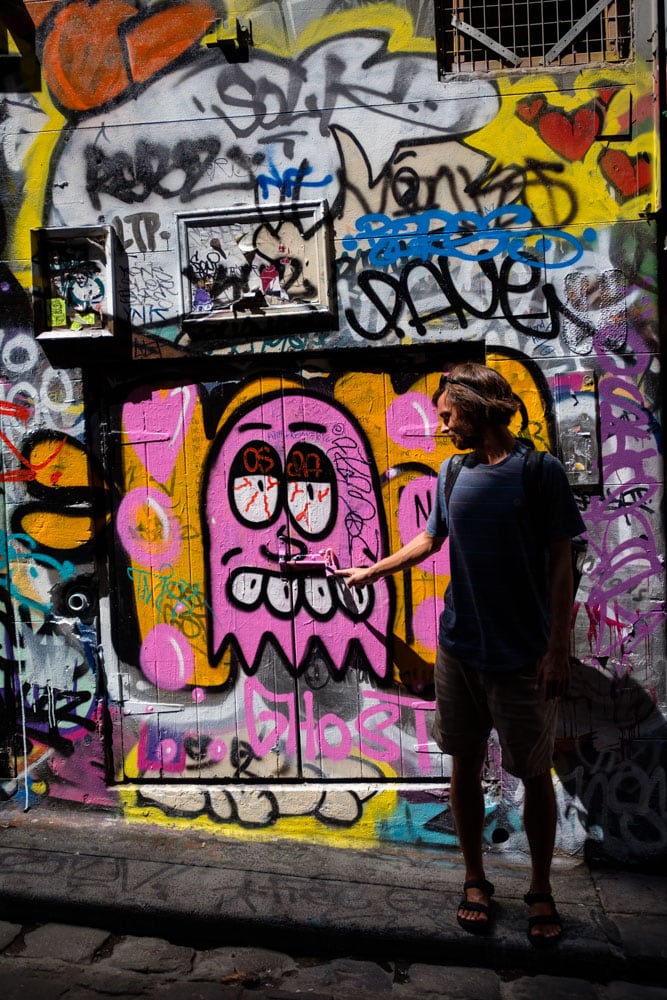 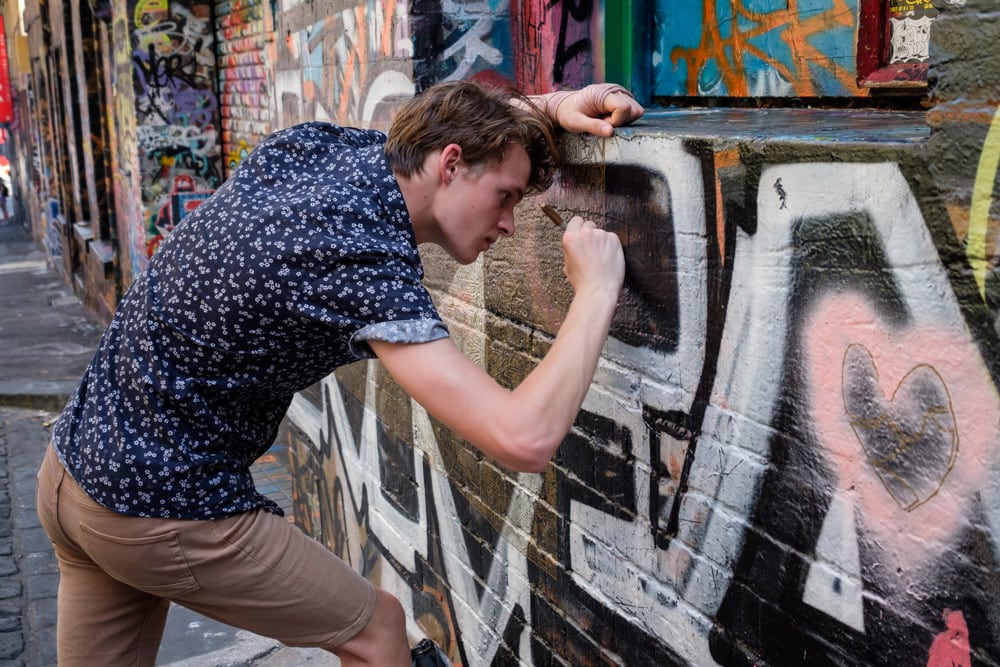 Our first full day in Melbourne coincided with Australia Day – we had no idea what to expect but we were only out during the day so experienced merry people and a family festival type event where we got free ice creams and Josh fell in love with a classic car [I wouldn't go that far, but as I am normally ambivalent about cars it was a relatively big deal that I liked one of the cars – Josh]. The rest of our day we spent wandering around the botanical garden which was absolutely beautiful and full of people enjoying their day off. 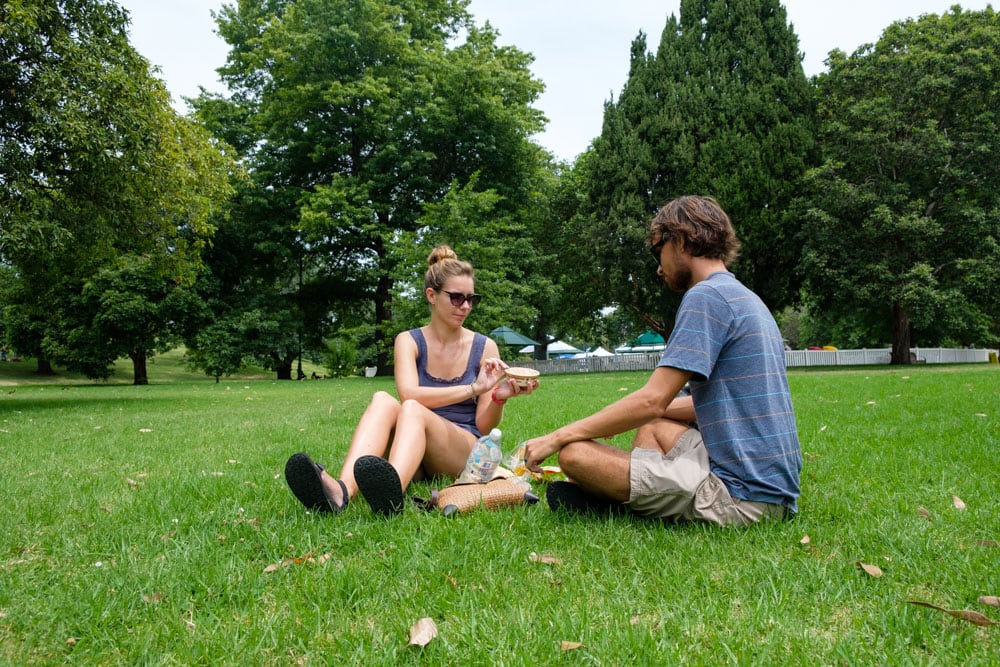 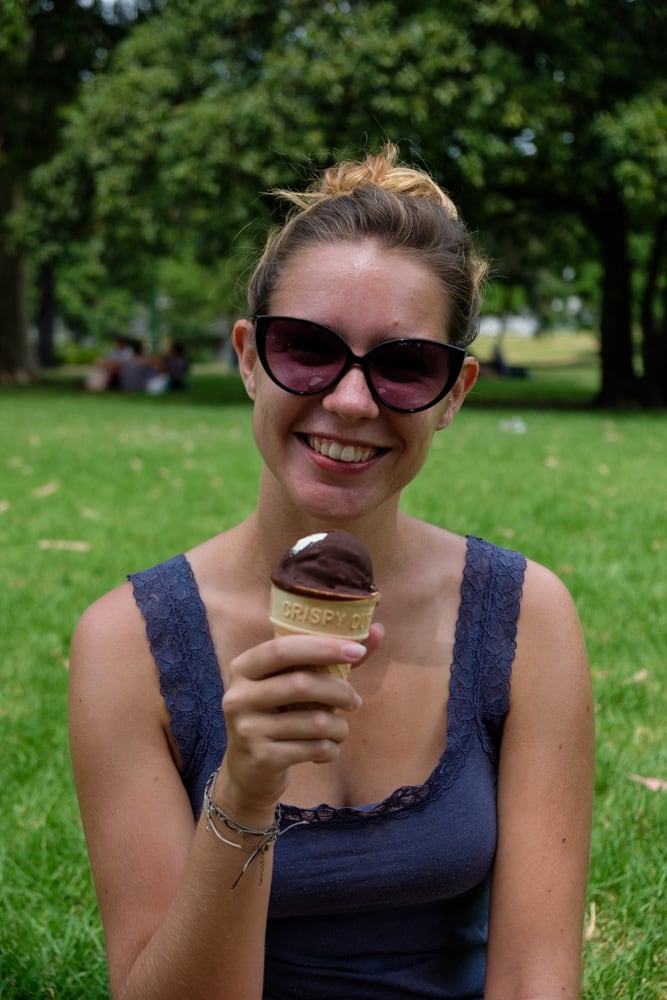 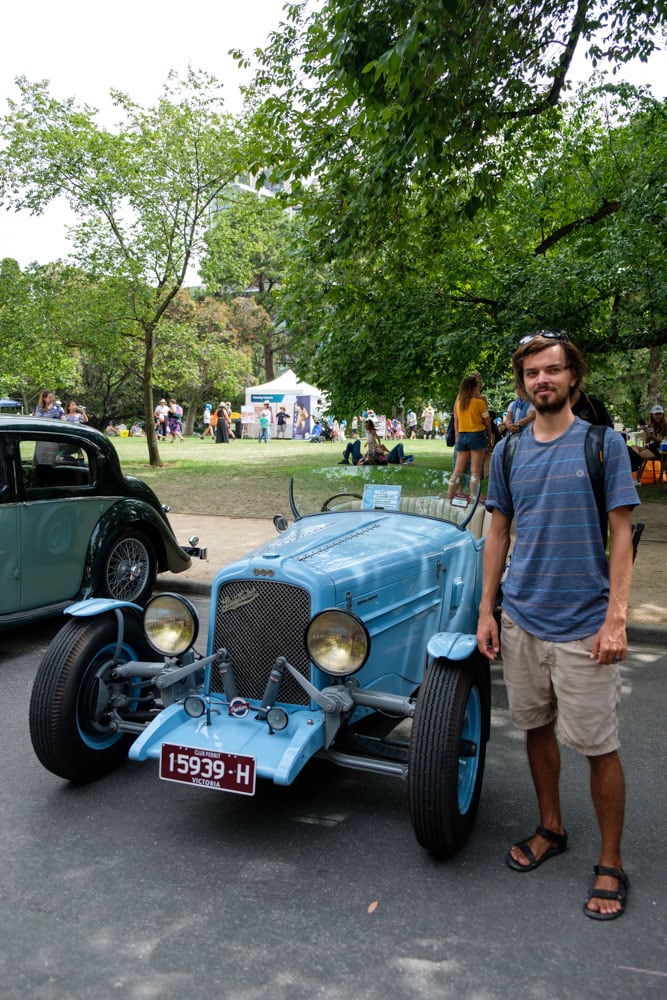 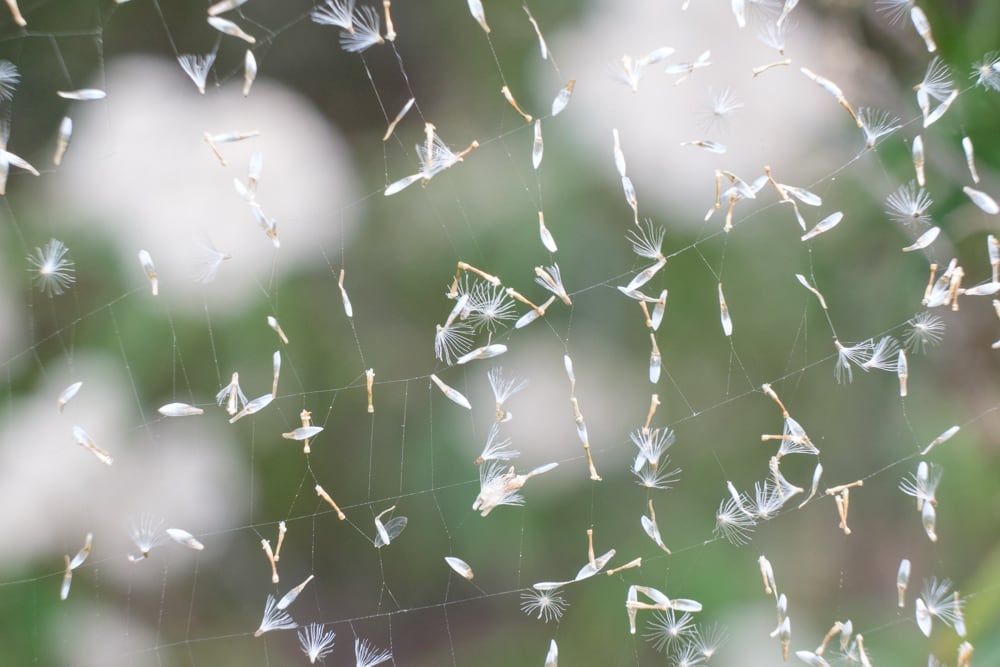 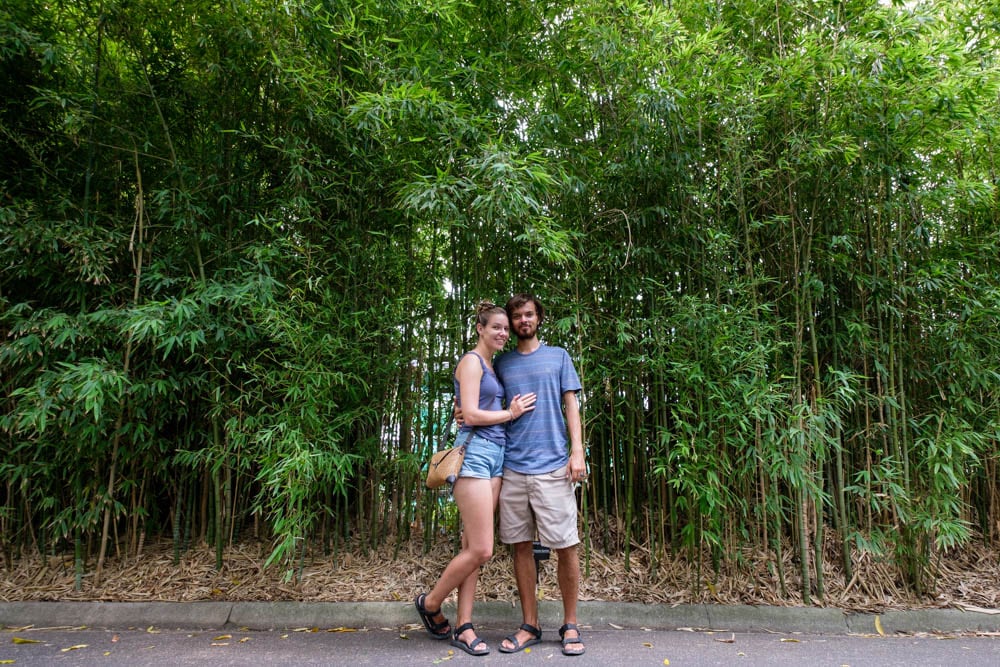 Other highlights of Melbourne included: 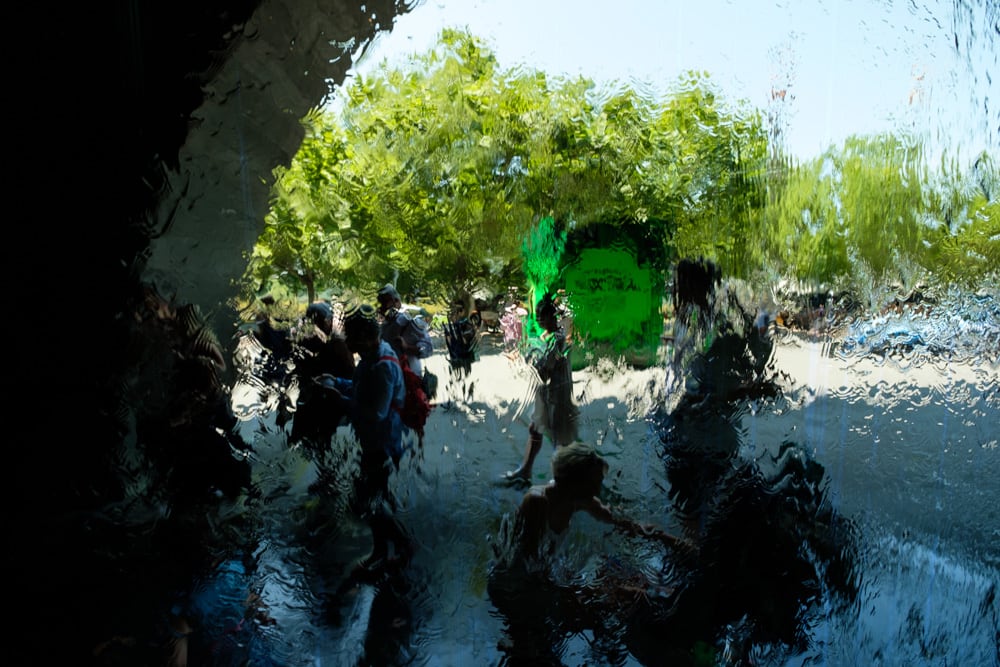 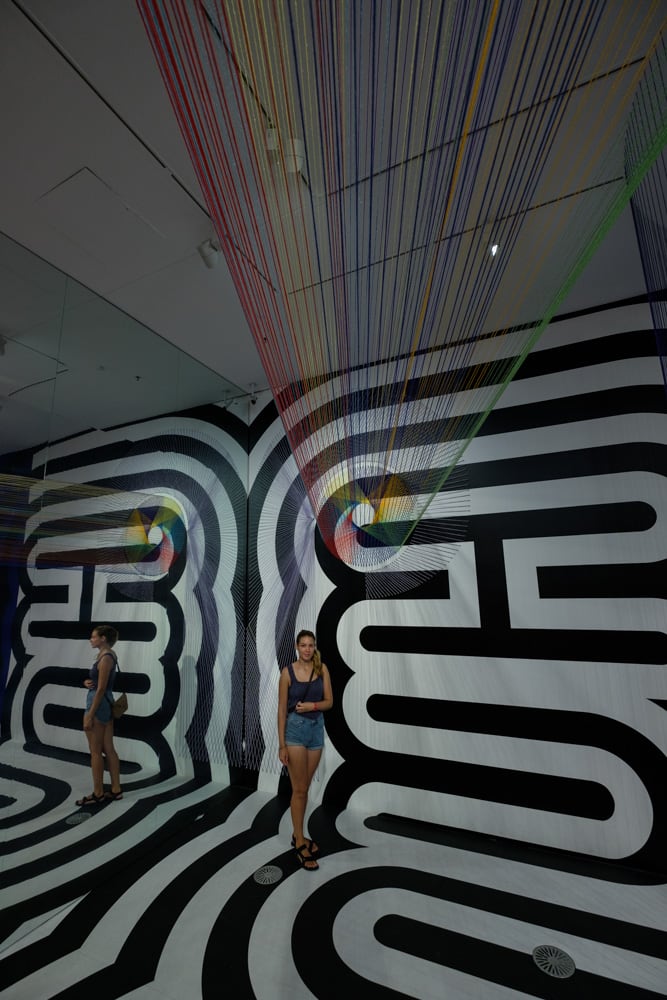 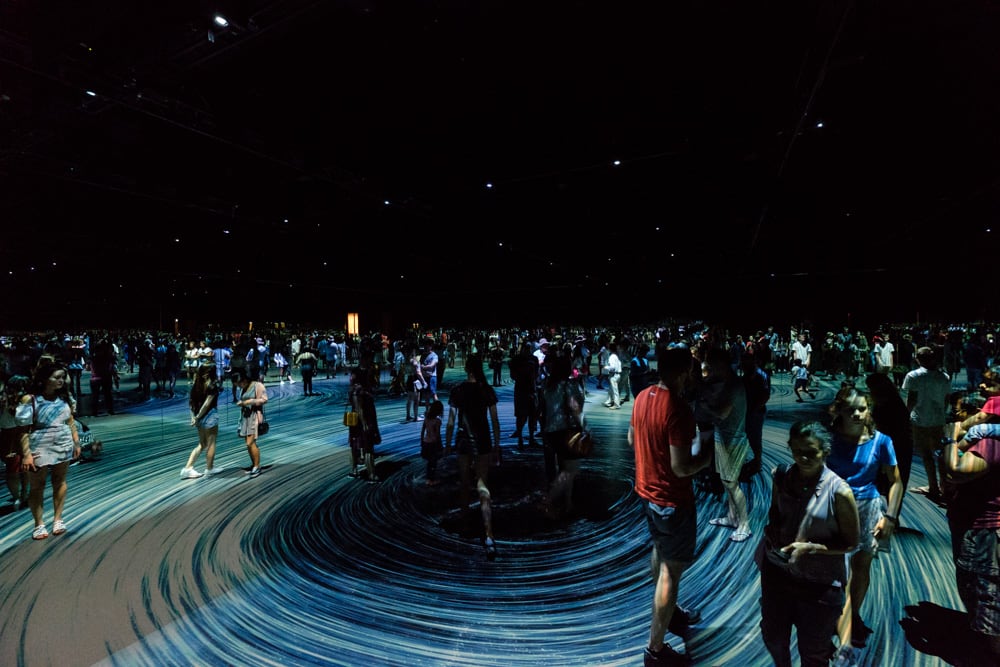 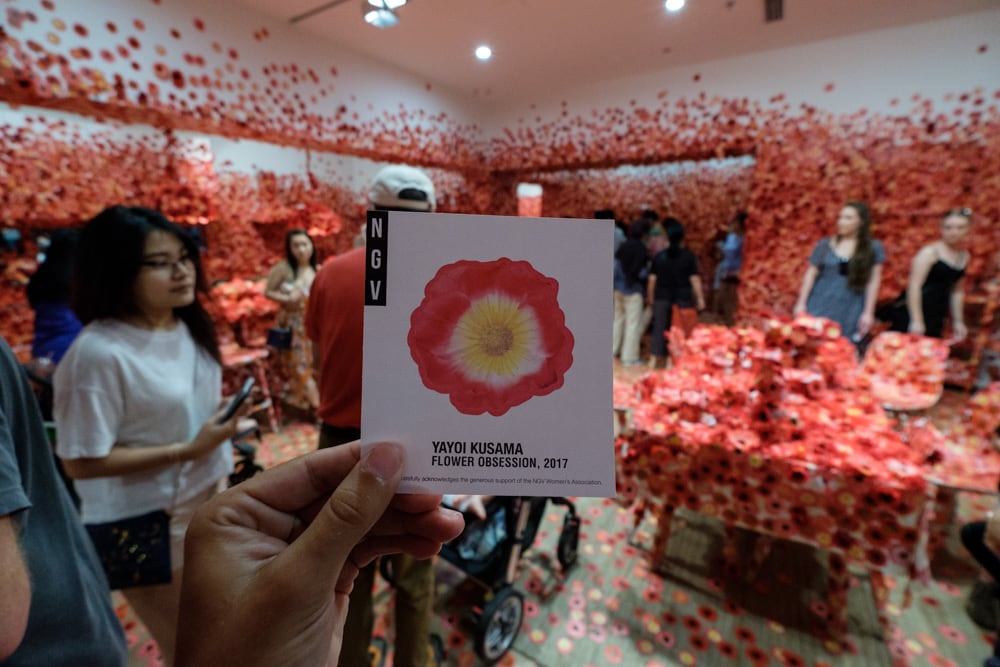 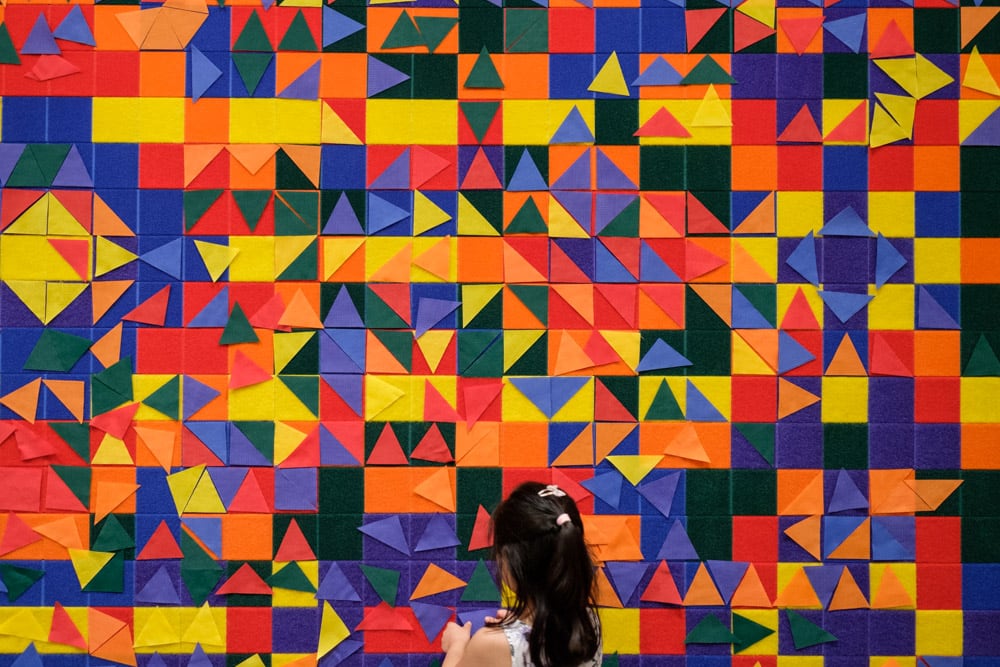 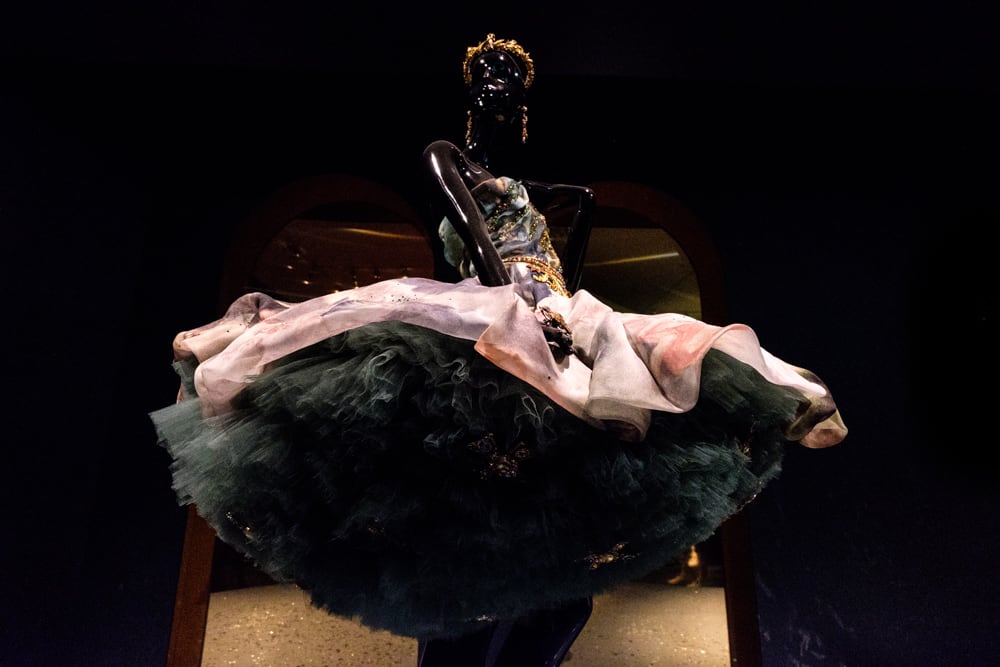 On our last morning in Melbourne we picked up our hire car from Hertz (Josh managed to get it super cheap [relatively – Josh] as we didn't have to take out full insurance due to our travel insurance covering us – WINNING). After waiting in a super long queue, we were told that the cheapest range of cars were no longer available and we were upgraded to an automatic Hyundai Elantra. Oh my gosh, it's beautiful. Josh had briefly driven his dad's automatic van so agreed to do the drive out of Melbourne (legend) [After stomping on the brake pedal with the wrong foot on the way out of the car park it was all good – Josh].

We drove to a place called Wangaratta (we just booked accommodation there as it seemed a drivable distance and we could go through forest to get there). When we checked into our Airbnb we got upgraded again (someone was really looking out for us that day!), so we ended up getting a full on bungalow rather than just a private room in the lady's house. It was great and we really enjoyed our stay, our host kept giving Josh home grown vegetables which we really appreciated. We were gutted that we'd only booked to stay one night! But unfortunately we knew we had to get to Cairns eventually so were keen to move on. 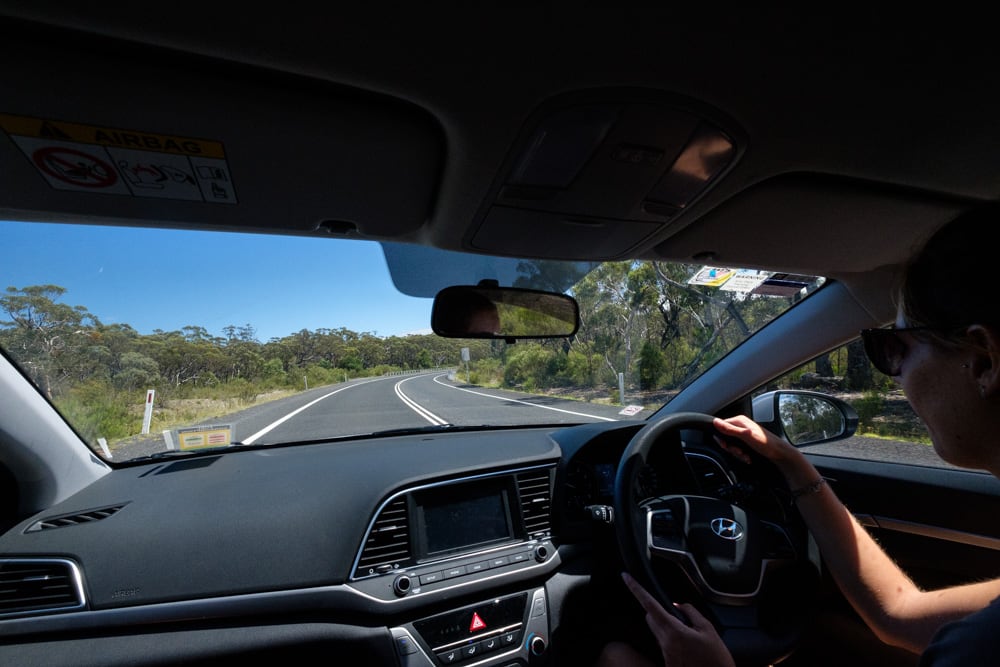 The next morning we did a quick google of Canberra (our next one night destination) and realised it was the capital of Australia… whoops. Oh well! Our drive there was absolutely beautiful – we stopped at a viewing point in Kosciuszko National Park for lunch which had pretty epic views. We also saw lots of signs warning against kangaroos, wombats and koalas as well as fires (we were glad about not seeing the fires but was gutted not to see the wildlife!). 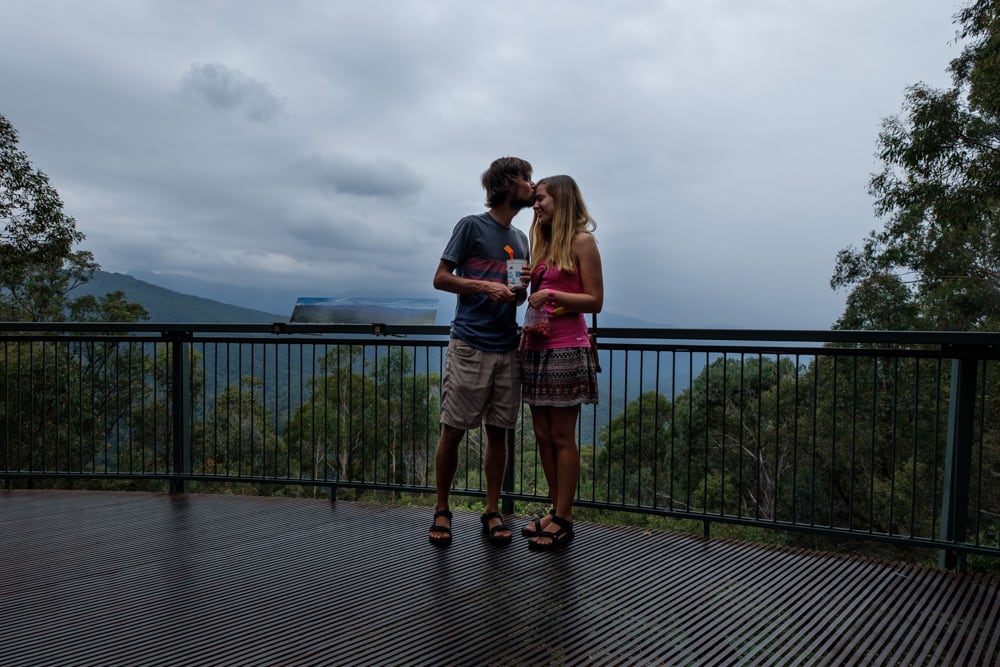 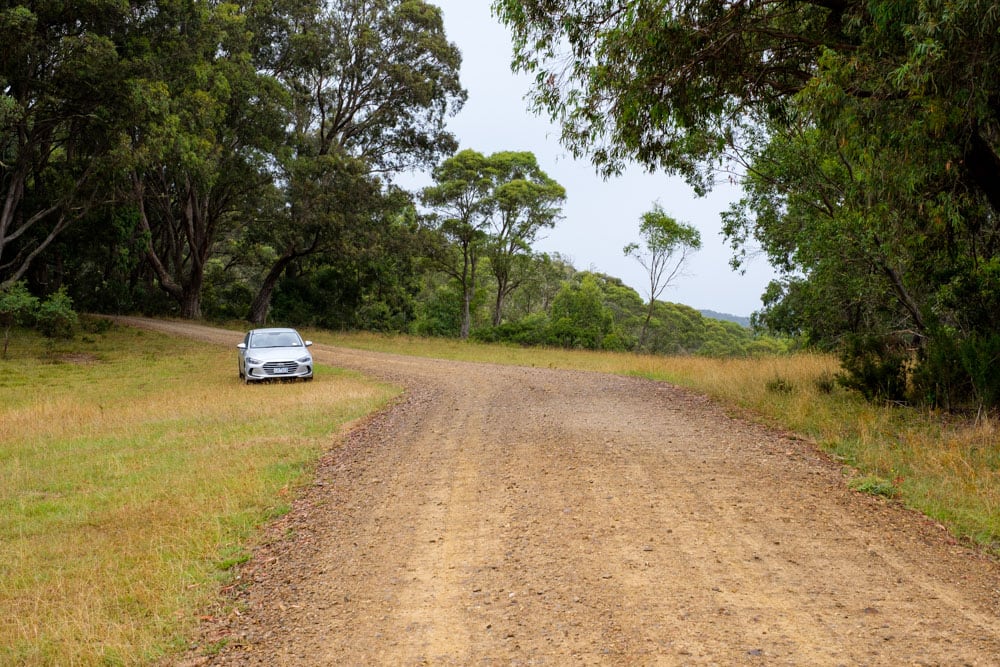 Once we got to the city we found it was super small and we later found out that Melbourne and Sydney were in competition to be the capital, a decision couldn't be made so they built Canberra in the middle and made it the capital. Our Airbnb experience was a little disappointing, but it was only for one night so we didn't mind too much. One major positive from it though was the fact that we were able to watch cockatoos out of the living room window!

In the morning we put our bags back in the car and excitedly drove to Sydney where we were to stay with my friend Jesse and his family. We'd bought yoghurt the night before to use the pots to fit our packed lunch in (last night's dinner) and took another detour through forest, but much flatter this time. We even saw a live kangaroo jumping across the road in front of the car! [Which made a nice change from the numerous dead ones we'd seen lining the roads – Josh] We had a lunch stop at Tianjara falls, although there was no water in the waterfall at this time of year the expansive landscape was breathtaking. Josh took a "poor man's drone shot" by attaching his camera to his fully extended tripod and holding it arms length up and over the barrier – it looked very precarious [It was totally fine – Josh]! Our drive to Sydney was pretty long but it was beautiful and we were excited to see the first familiar faces we'd seen for 6 months! 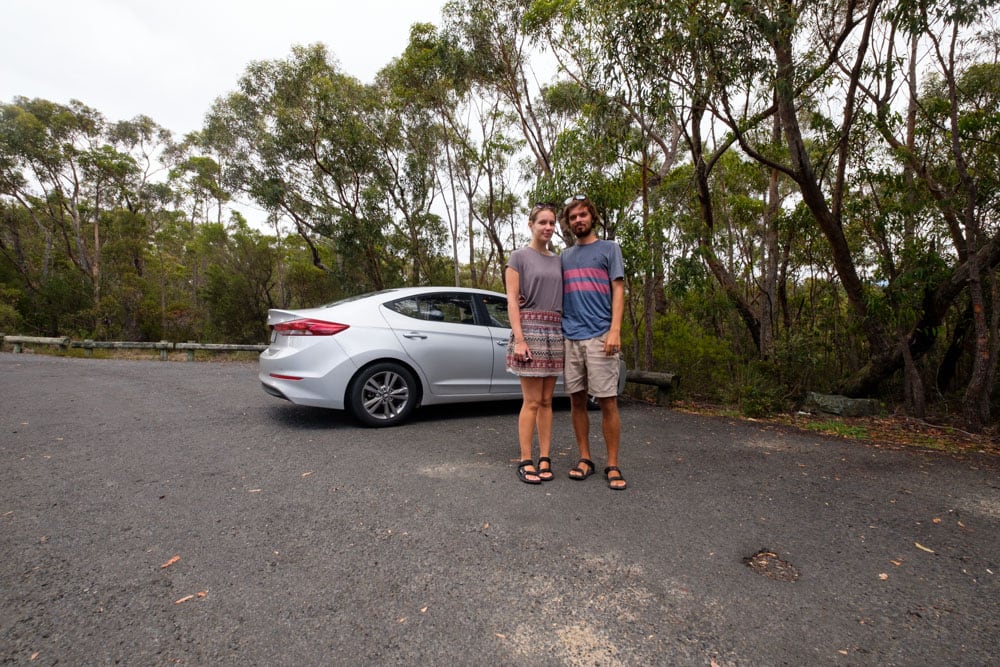 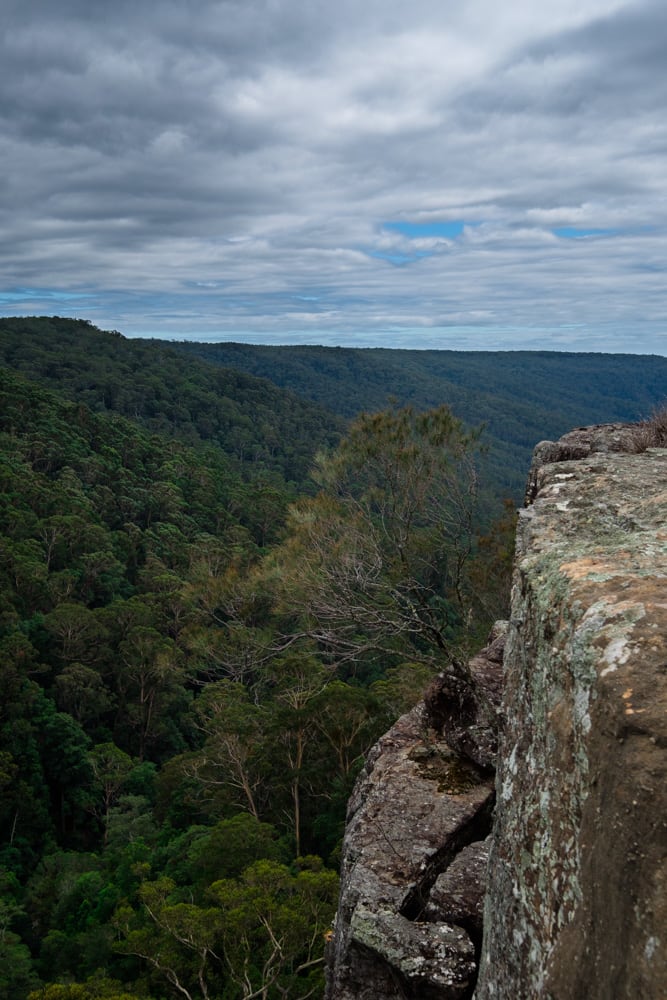 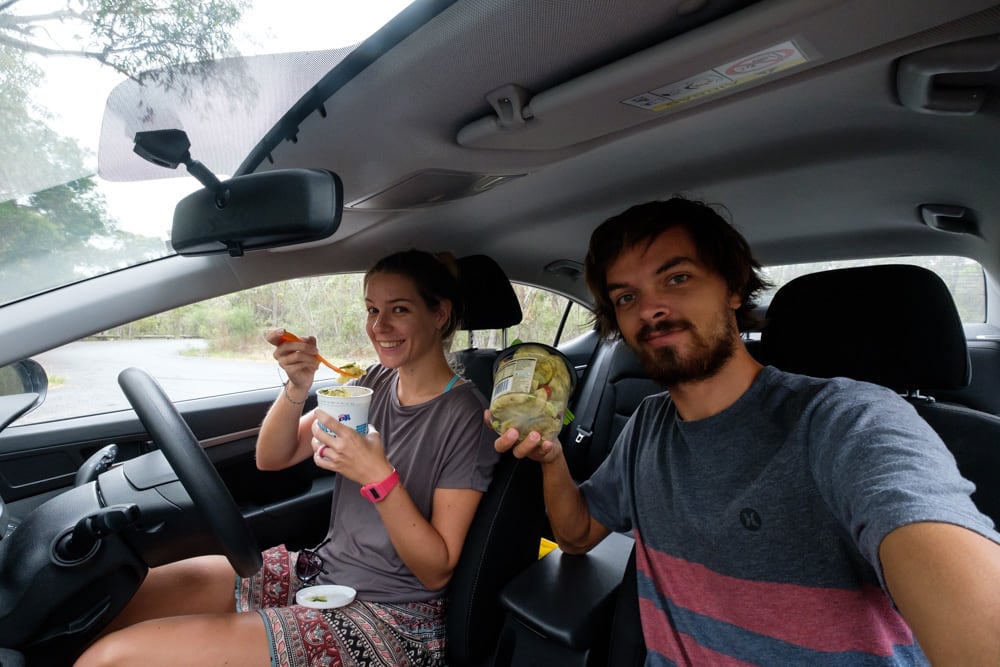 Melbourne was the first place where I immediately thought (and then continued to think for the duration of our stay) 'I could live here and be super happy about it'. We did experience a little bit of rain but it didn't dampen the mood – there was still a lot to see and do. I definitely fell in love with the place and would visit again if I am able to in the future, it encapsulates my favourite parts of England and gets rid of the bad bits. Driving out of Melbourne and starting our first road trip of our travels was also very fun, we sang a lot (me mainly) and spent most of the drive staring out at the incredible landscapes. And spoiler alert for the rest of our Australia blog posts – we've still got permanent smiles on our faces!

Wait, so Sydney isn't the capital?

What we packed to travel around the world – couples packing list

Josh decided fairly early on that we would try and travel with only one carry on size bag each.…