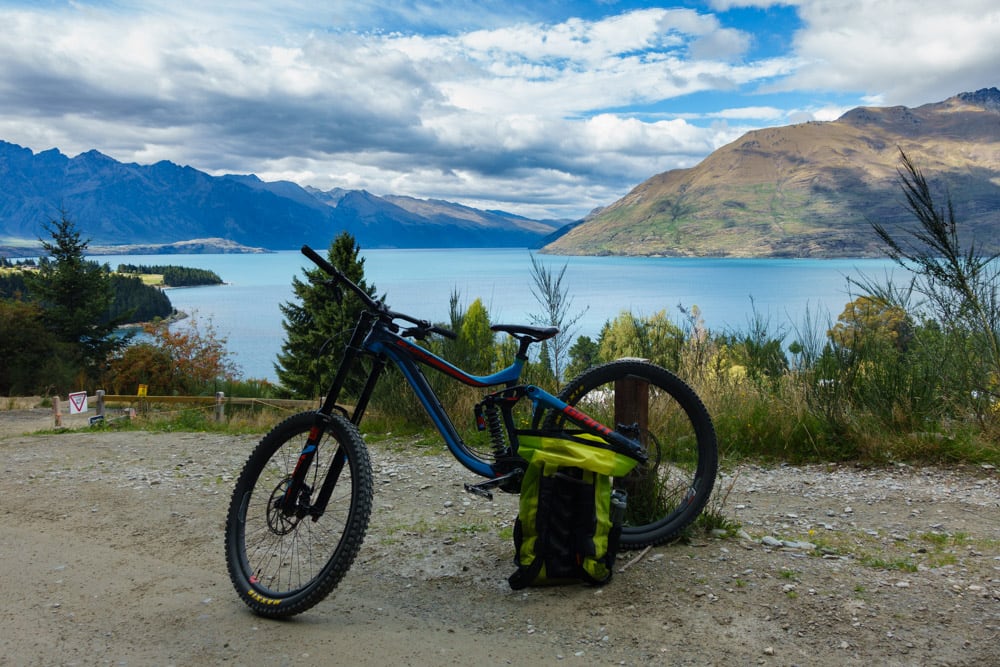 Queenstown's trails have been featured in numerous bike films and videos I've watched so I knew there were trails but I didn't plan to go mountain biking there during our road trip of New Zealand's South Island. On our second day in town we went up to do the luge and I could see bikers heading up and getting ready to ride at the top. It wasn't long after we got back to the camper van for lunch that I was looking at renting a bike. We headed back into town and I popped into Vertigo Bikes to rent a bike for the next day.

I opted to pay a bit extra and get gloves and goggles when I went to pick up the bike the next day (they offer several packages and I had picked the cheapest which didn't include them). I was out the door much quicker than expected, pushing along a big downhill sled. I'm used to riding a trail bike at home and have never ridden a proper downhill bike before so the whole thing felt super slack.

I managed to pedal the thing up the hill to the lift and was only a little out of breath at the top (downhill bikes aren't made to be pedalled up hill). At this point I was pretty nervous, having not been on a bike in almost a year (I don't count our bike ride in Bali as it was a leisurely sightseeing tour) and never ridden a proper downhill bike before or on lift accessed trails.

I also didn't know what to do when I arrived at the lift ticket office and had to watch some other bikers to see what they did. I followed them inside and got my wristband then waited until they opened the lift for mountain bikers.

I'm used to cycling to the top, or 'earning my turns', so to get a gondola ride to the top and have someone put on and take off your bike for you felt almost too easy. Now at the top of the lift and most of the way up the mountain I had to get back down again.

I was nervous. I didn't know what the trails were like, I hadn't ridden for a long time, the bike was new to me and I didn't know if their idea of a black run was the same as mine. I played it safe and rode an easy trail called "Hammy's Track". Boy was I glad I did.

I'm a fairly competent biker but the combination of new bike, new trails and not riding for a long time made me slow to react and struggle to link features into a smooth ride. I can't say I enjoyed that first run down the mountain that much. It was about ten minutes of internally screaming and being bucked and bounced around on suspension that was way too hard for me.

I stopped a lot and checked behind me regularly to make sure I wasn't about to be mown down by faster riders wondering what this idiot was doing. I made it down in one piece though and thought I'd better try again. 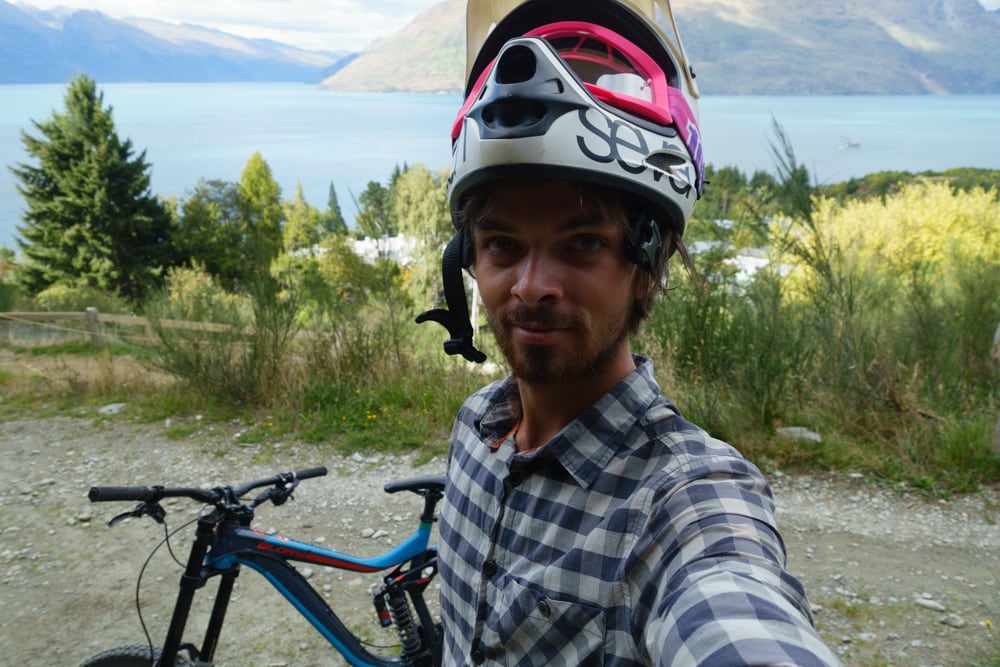 Thankfully the second run was a lot smoother, well my riding style was but I was still getting bounced around by the hire bike. I let some air out of the tires to soften things which helped and I was soon going much faster than my first run. About halfway into my second run I found just a little bit of flow and that was it, right there the money I'd spent on the hire and pass was all worth it. I grinned like a kid in a sweet shop.

I went back to the bike shop while I was in town for lunch to ask if they had any bikes with lighter suspension knowing it was a long shot and unsurprisingly they said no. So I went back out for three more bone shaking runs before conceding defeat and handing the bike back an hour early.

I definitely recommend biking in Queenstown whether you're into biking or not. They've got trails for all abilities but they are downhill trails so they're not for people who just want a leisurely cycle ride. I recommend Vertigo Bikes and the issue I had with my bike was my own problem not theirs. The bike was in good condition, as was the rest of the kit I got and the price for half a day of hire and lift pass worked out to be about £75 – which I think is pretty good.

We lost all our money in Vegas – LA, Vegas & Other Places

After the calm and quiet of New Zealand's South Island we flew to the USA. The flight was a…

Get those bloody sandflies away! – New Zealand

I'm currently sitting writing this blog post in our second camper van of the trip in Mojave Desert USA,…