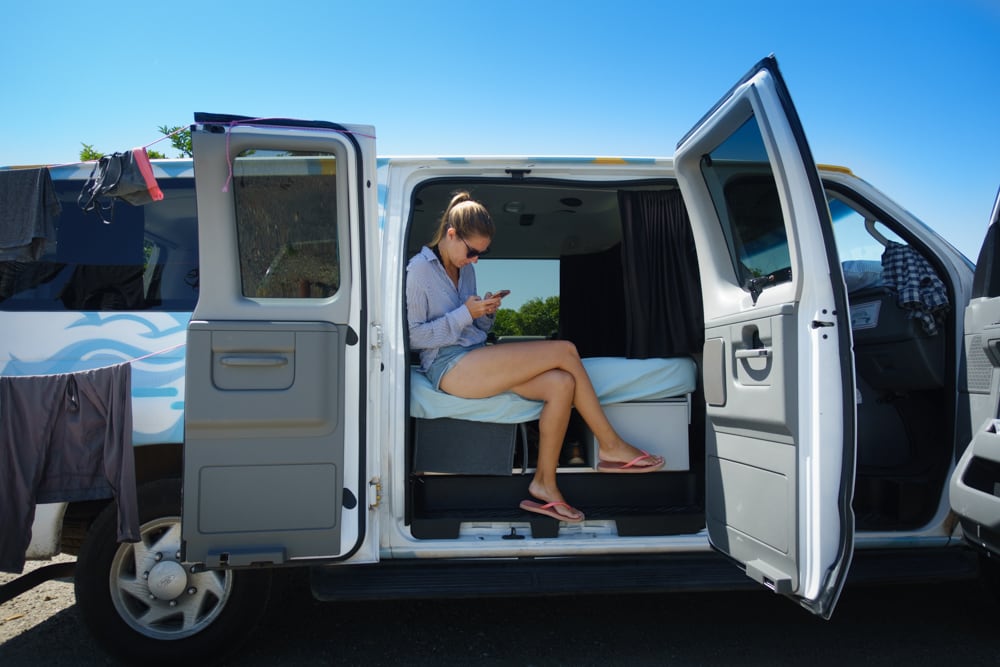 Our first couple of weeks were spent driving around the desert landscapes of southern California and bits of Nevada, Utah and Arizona. After our longer than planned stop at Mojave though we left that landscape behind and found the coast.

Our original loose plan had been to visit Sequoia National Forest and Yosemite National Park on our way up the coast. But we heard/read various bits of news about flooding and snow and generally not great weather that we made the decision to stick closer to the coast itself.

A two night stay at a highly rated RV park was just what we needed after five days of no showers and variable toilet facilities. We made use of the good wifi and power hook up as well as the nice, clean showers. 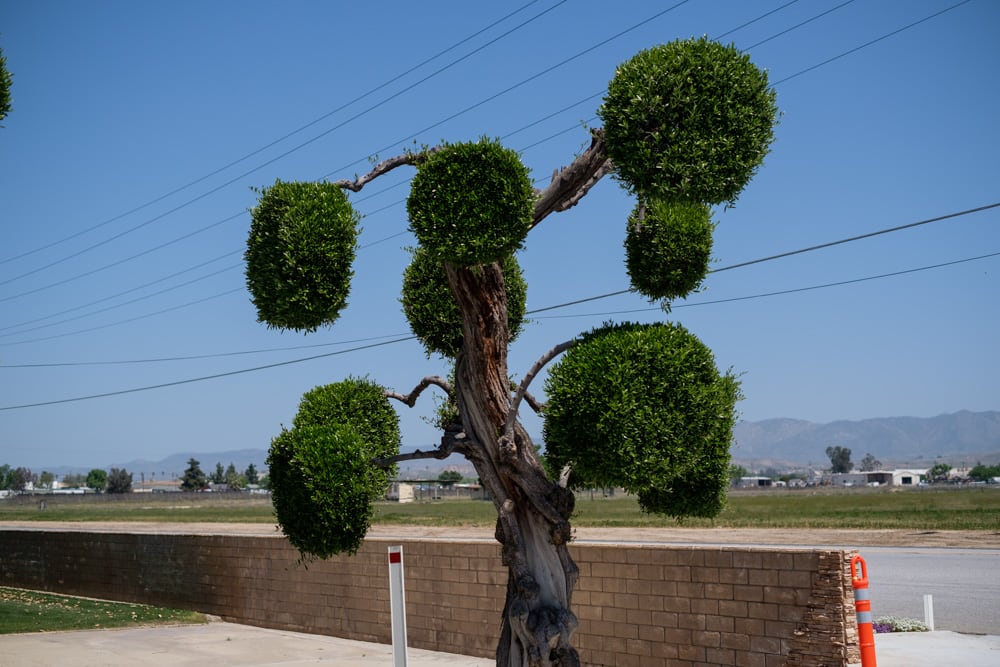 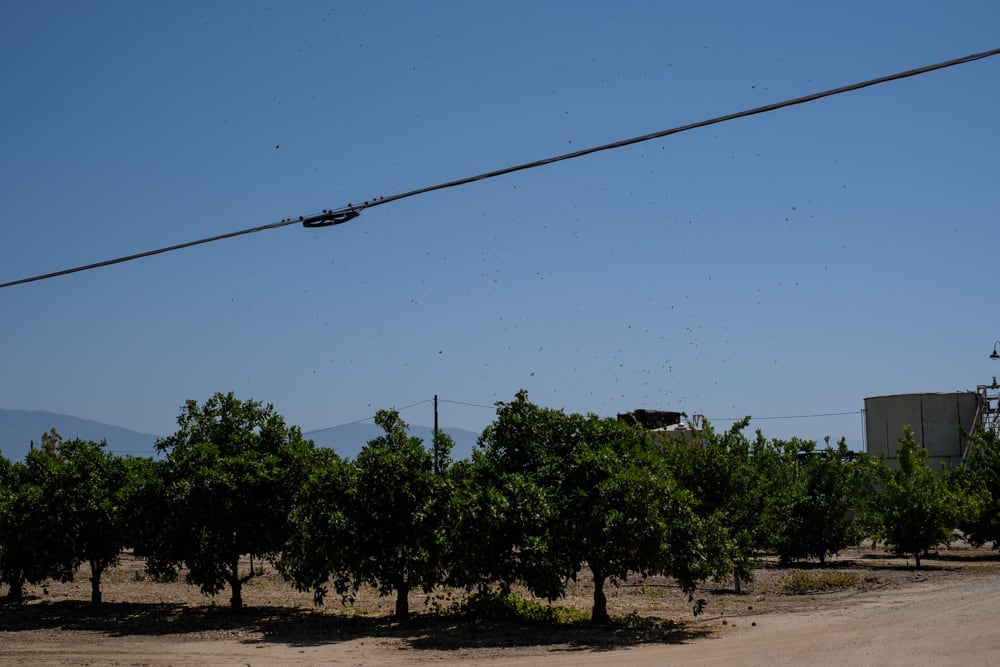 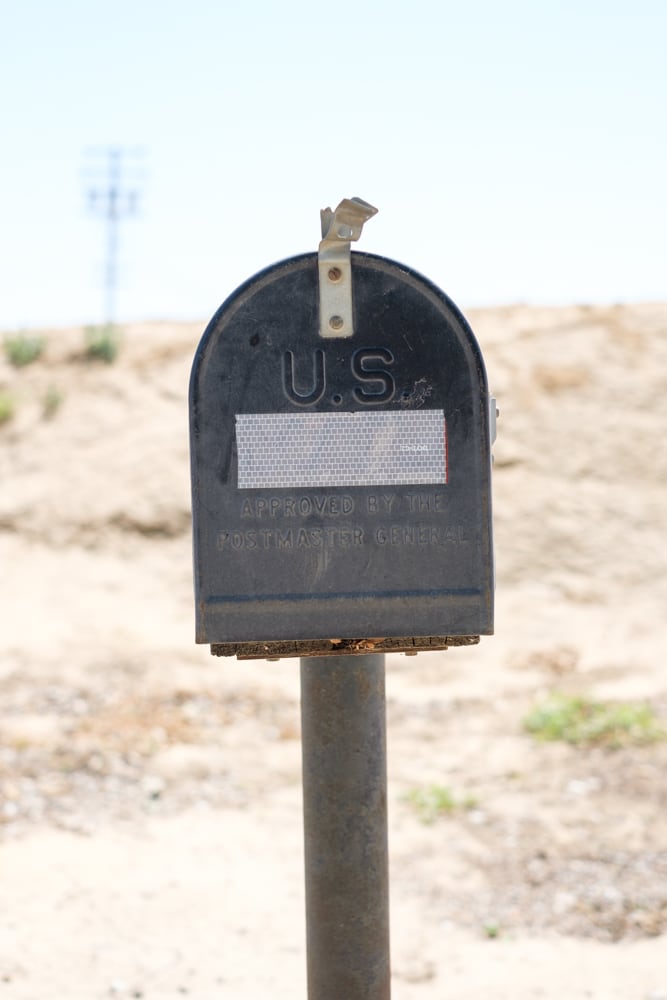 Orange Grove RV park definitely deserves its good reviews, with a nicely landscaped camping area (as far as RV parks go) and large, clean facilities as well as free donuts and coffee in the morning. We walked around looking at how big the RVs were but didn't get to see inside any. One of our neighbours gave us some oranges and then upped the ante by offering us weed. Repeatedly. Unsurprisingly we declined the offer of weed from a random guy in an RV park, nice though he may have been. 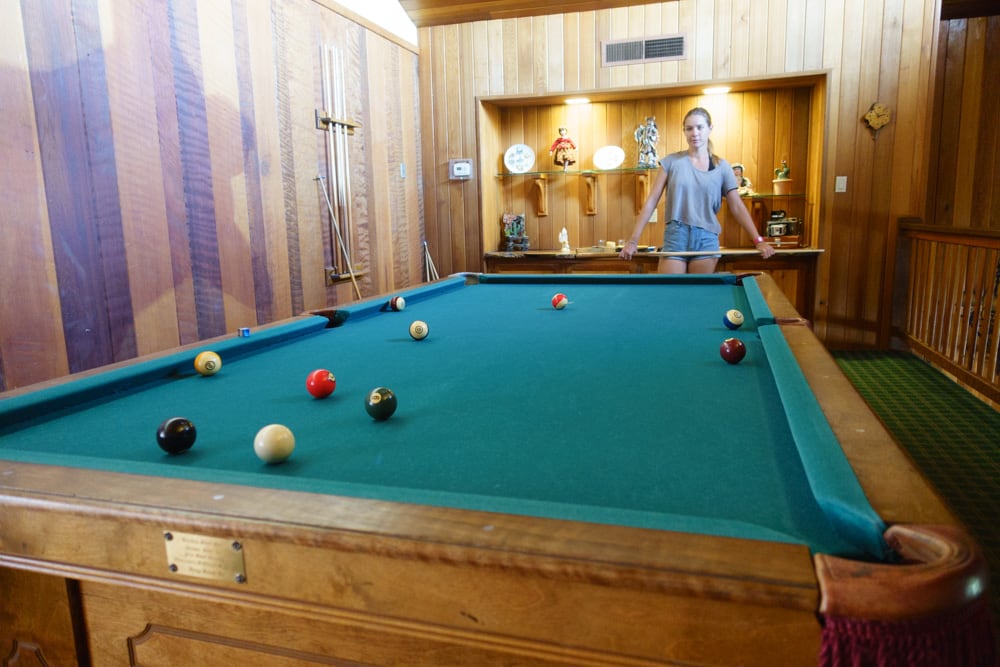 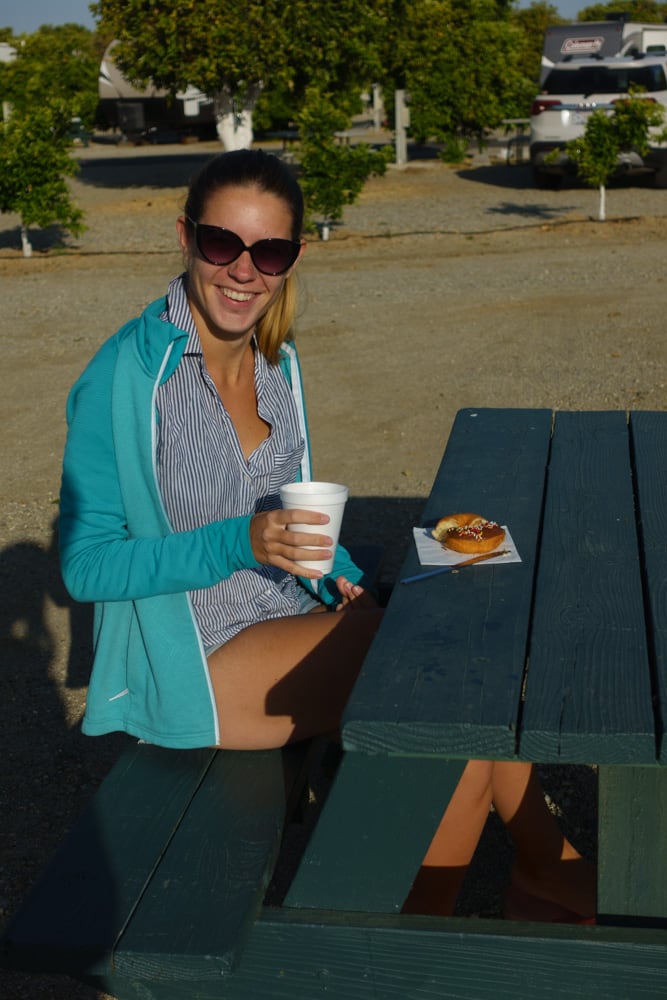 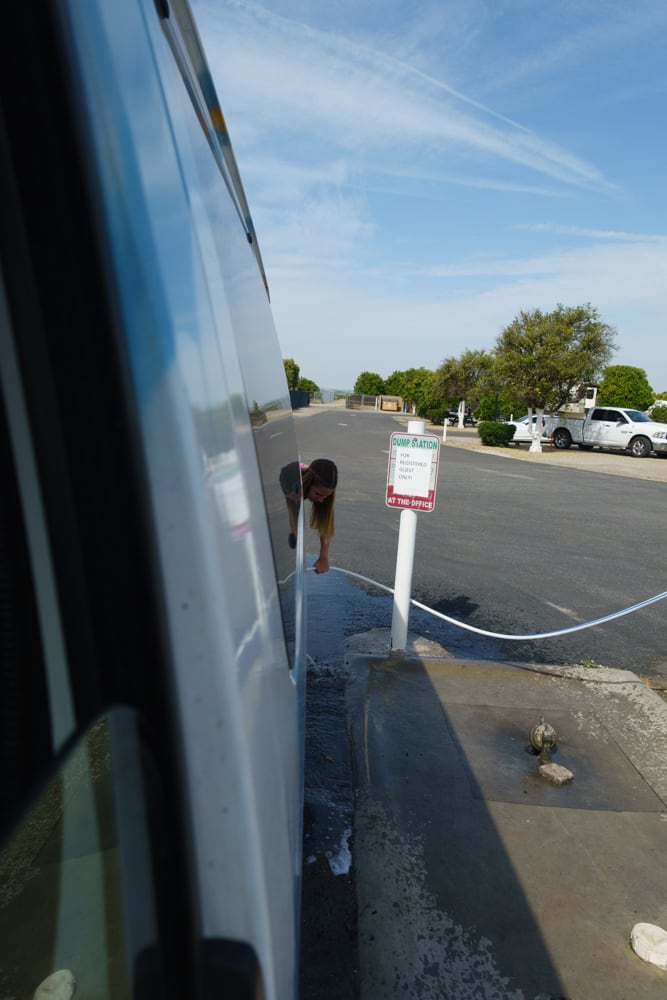 We didn't do much in the two nights we spent here other than fend off our neighbour, just using the time to relax and clean ourselves and the van a little before continuing our journey north. We took one last look at the weather reports for Sequoia and Yosemite before completely giving up on the idea of visiting either and finding our next campsite along the coast.

A three hour drive north west from Bakersfield found us solidly on the coast and in Morro Bay campground. We stayed for a couple of nights in the tucked away campsite. We went for a cliff top walk on the afternoon we arrived and Nikki got excited about the rock pools we found. 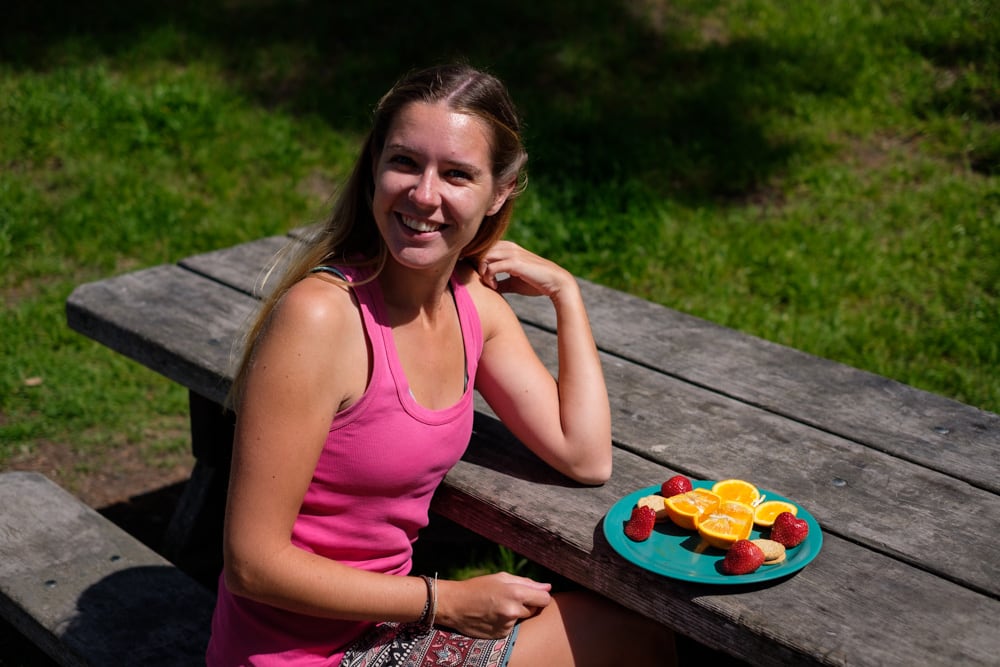 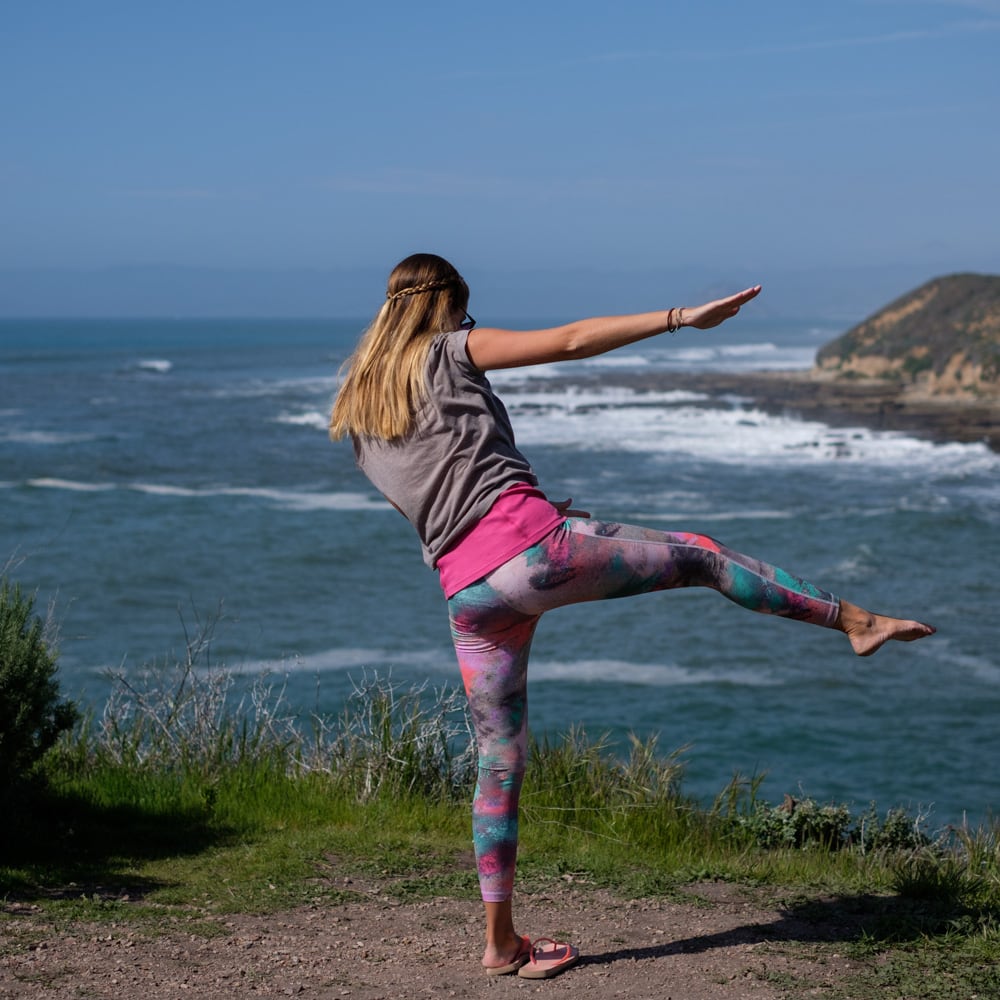 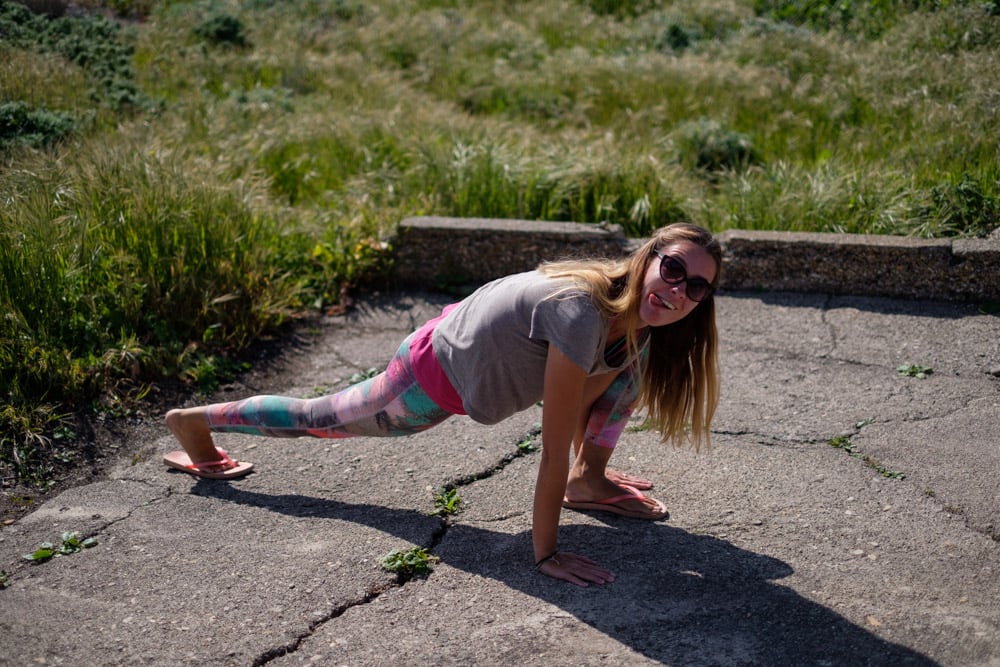 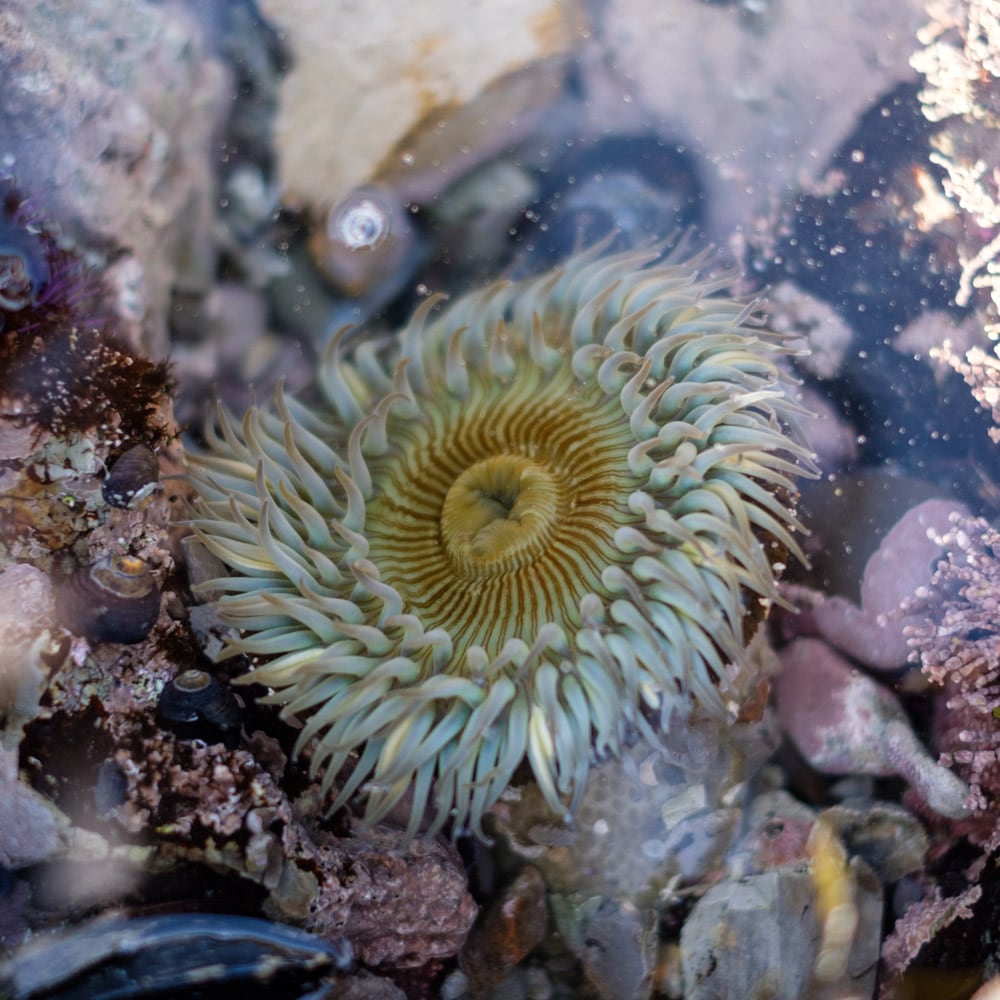 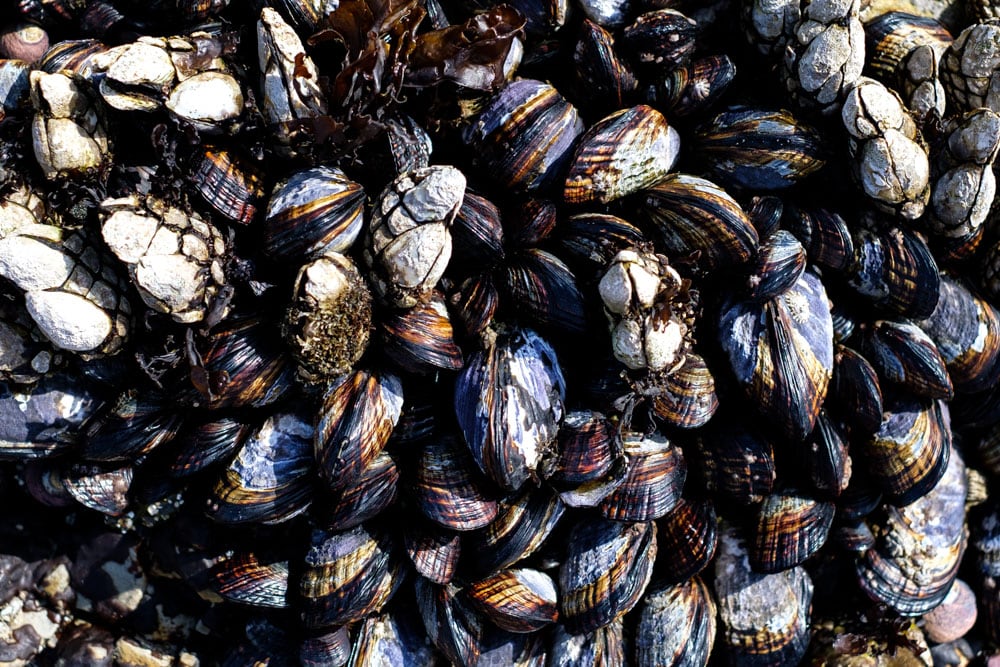 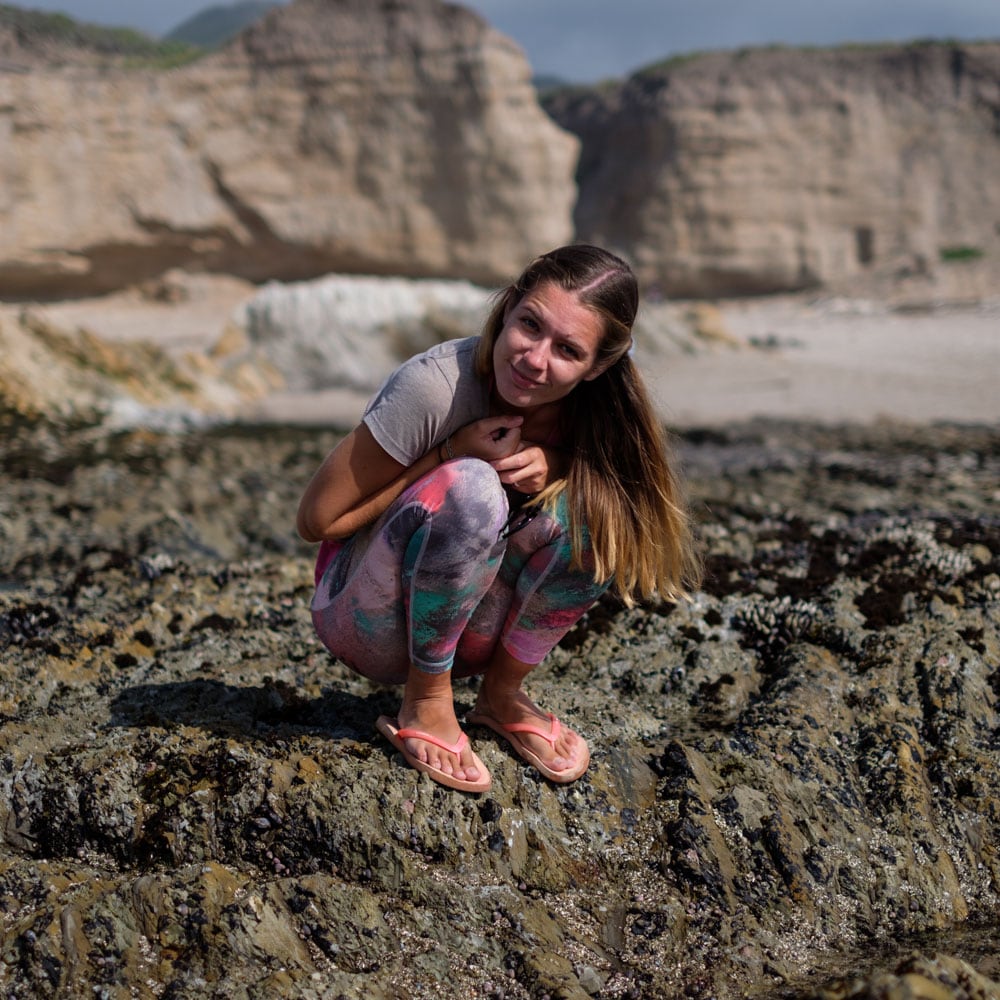 We chilled in the van for the afternoon and the temperature dropped off, helped by an onshore wind. I wrapped up and headed out to get some shots of the sunset. 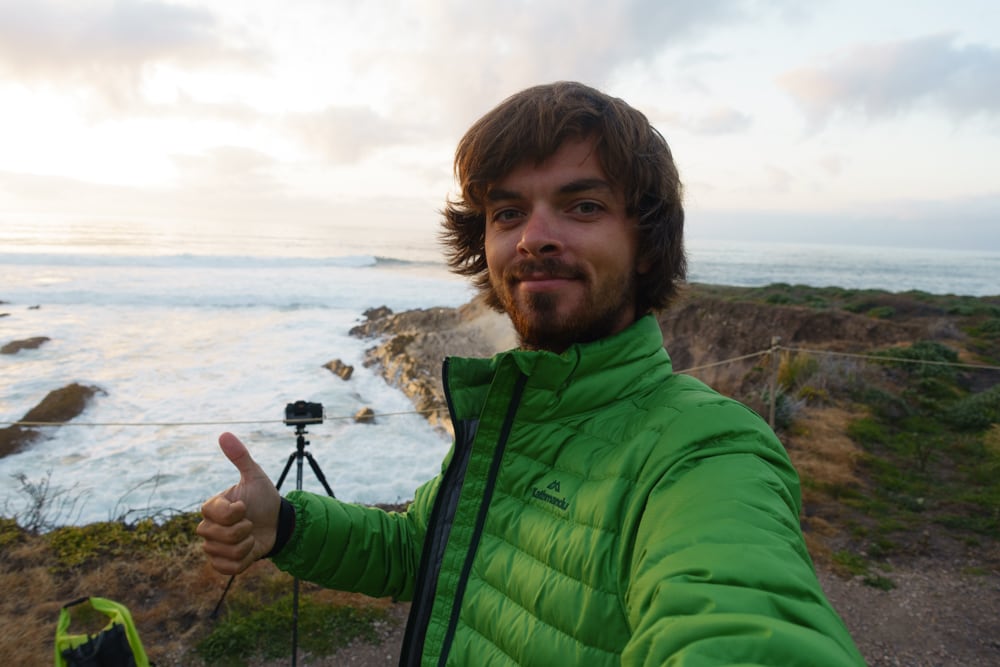 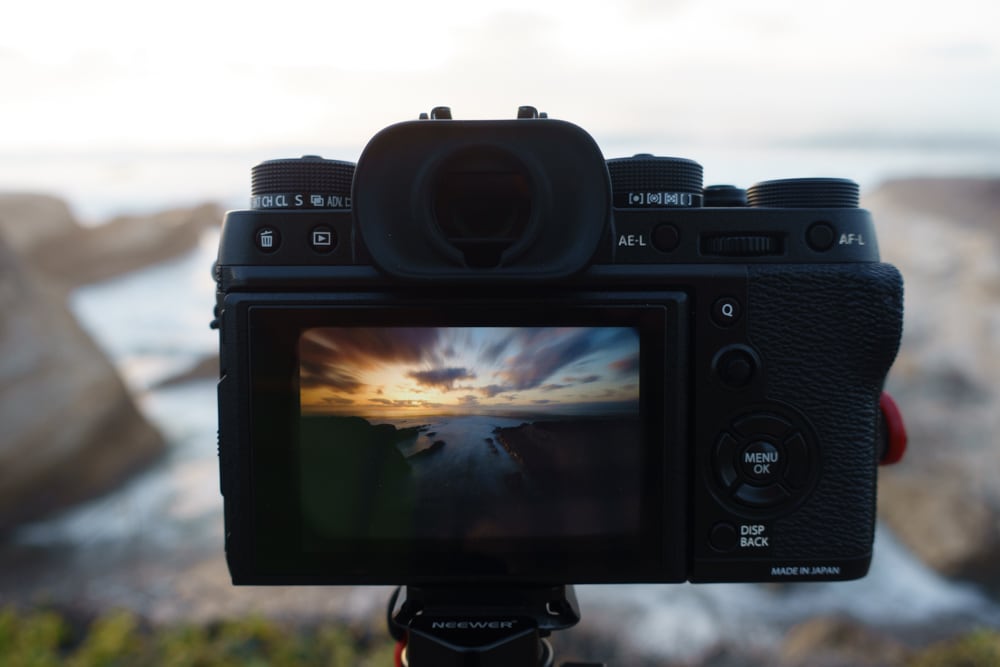 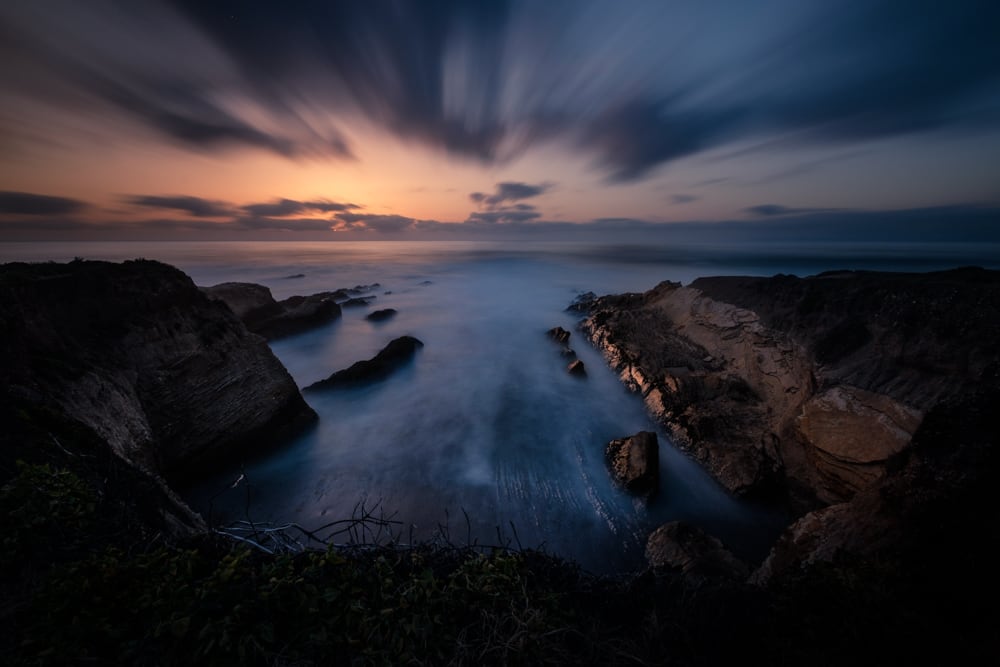 The next day we went for a walk in the hills behind the campsite. We went out for a 6 mile walk, expecting to be turning around at mile 3 and returning to the campsite. By mile 4 we figured something was wrong. We were still heading out and the path gave no hint that we would be heading back soon. 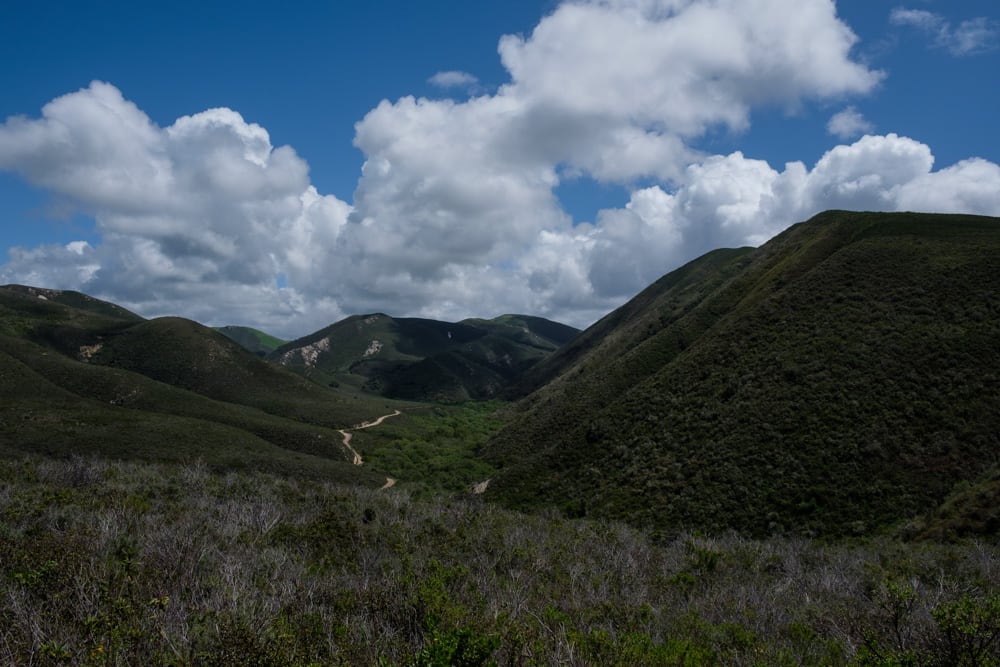 We realised that it was a 6 mile one way walk. We got back to the van having walked about 8 miles and not a moment too soon as the rain that had been forecast suddenly joined us about a minute after getting back into the van. We spent the rest of the afternoon hiding from the rain, feeling the dampness in the air. It was a bit of a change from the unflinching dryness of our first two weeks. 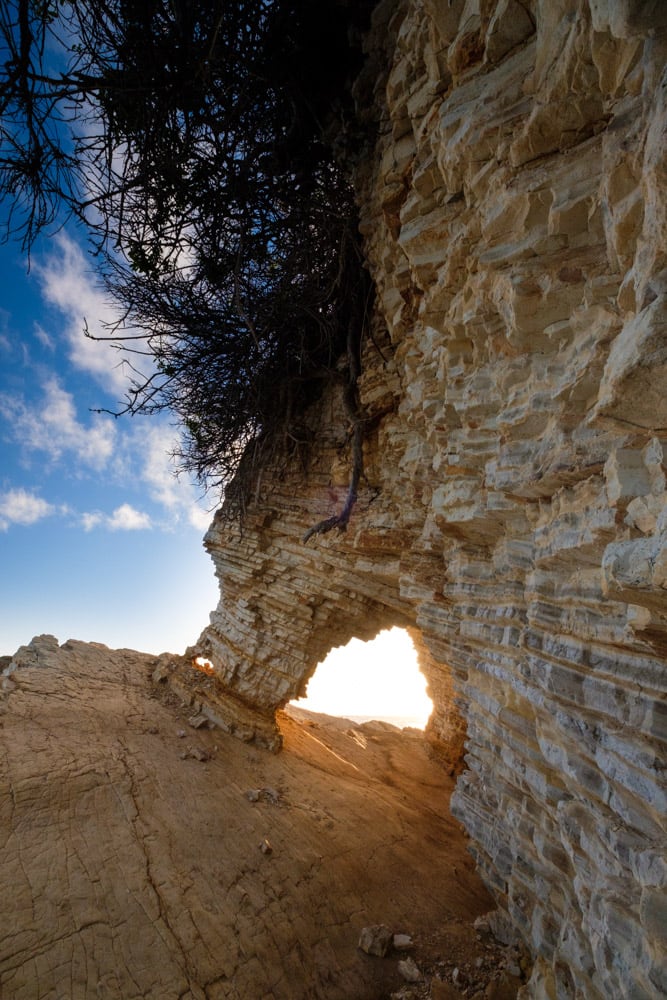 We needed more food and wanted a shower so we found some phone signal and picked an RV park a short drive away, stopping at a supermarket on the way. What the website didn't say was that the park was next to a waste treatment facility so there was a vague whiff of unpleasantness hanging around. The facilities were ok but a bit old and felt like neglected and tired school showers and toilets.

We spent only one night at Morro Bay RV park and apart from a very windy walk to the beach and along the shore [We did sea cute sea otters on that walk though! – Nikki] we didn't do anything much except use the wifi and read. We also got caught up with blog writing and even got one ready to publish ahead of time! Go us.

We showered again the morning we left just because we could. We emptied the van of rubbish, filled the clean water tank and emptied the grey water. RV parks are a good way to reset.

From the slightly smelly Morro Bay RV park we drove inland toward Mount Laguna to stay at a free BLM campsite for a couple of nights. We went for a short walk when we arrived, having driven miles and miles down a road that had been patched up so many times I think it was all patches and no original road surface. Nikki also got a little freaked out by the bumpy gravel access road that lead off the patchy road and the remaining few hundred meters to the campsite, but we made it.

When we came back from our short walk we shook out the bedding and were putting it back when Nikki spotted that I had a tick on my leg. Ahhhhhhhhhhh. It was a biggun, I scraped it off and we checked for any remaining legs or anything and squeezed the area and gave it a wipe with a baby wipe. We took the very pre-cautious precaution of taking photos and writing down where it had attached itself, where it happened and when. Just in case we needed these details later.

As it later turned out I felt no ill effects whatsoever but it was worth being prepared! 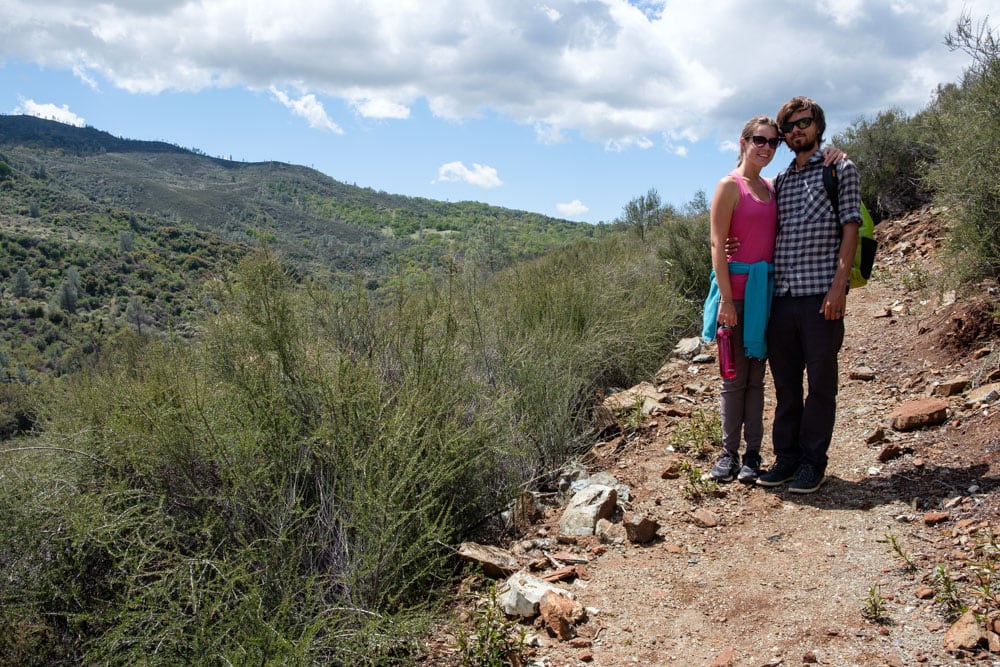 A longer walk took up most of our second day and this time we both wore trousers and closed shoes as well as long sleeve tops for most of the walk. No ticks were getting us. Our four mile round trip route took us to a waterfall but we didn't actually get to see it because the last 100m or so down to it were crazy steep and it didn't seem worth the risk so we turned around without actually seeing the falls! But we did see plenty of birds and some deer and enjoyed being alone in nature. 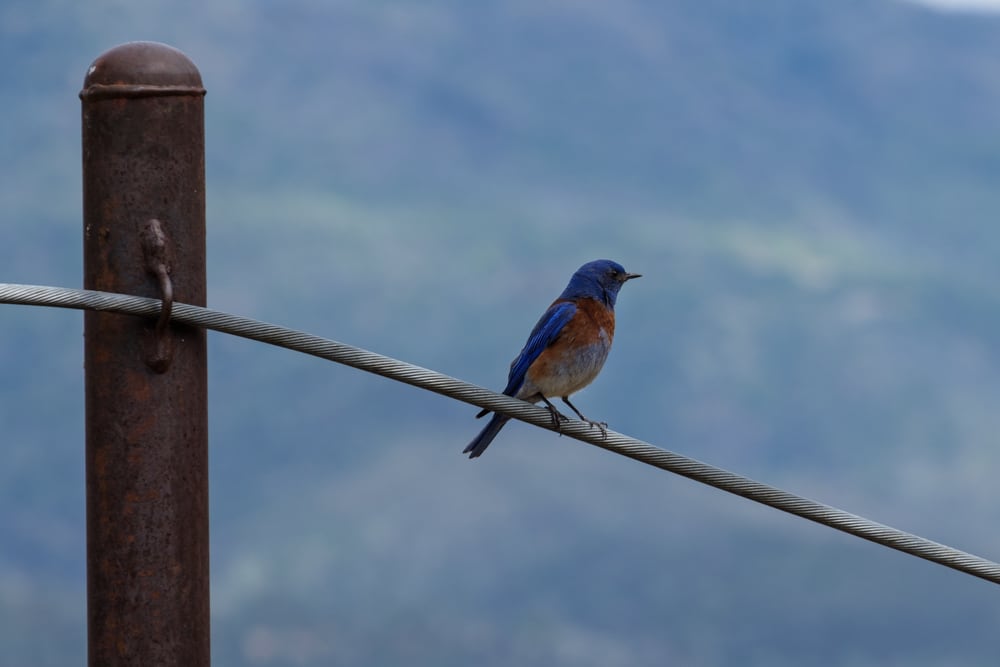 We got back mid afternoon and we spent some time talking about our impending return to England as well as more reading and bird watching from the van. We were camped in a good spot for it; we were in one of only four spaces and surrounded by trees.

Our third week in the US wasn't as action packed as either of our first two weeks and poor weather had made us finally give up hope of visiting Sequoia and Yosemite on our road trip which was disappointing but we found Morro Bay and Mount Laguna instead which we enjoyed.

Our second week in the USA saw us in the desert for a very long time, when I heard…