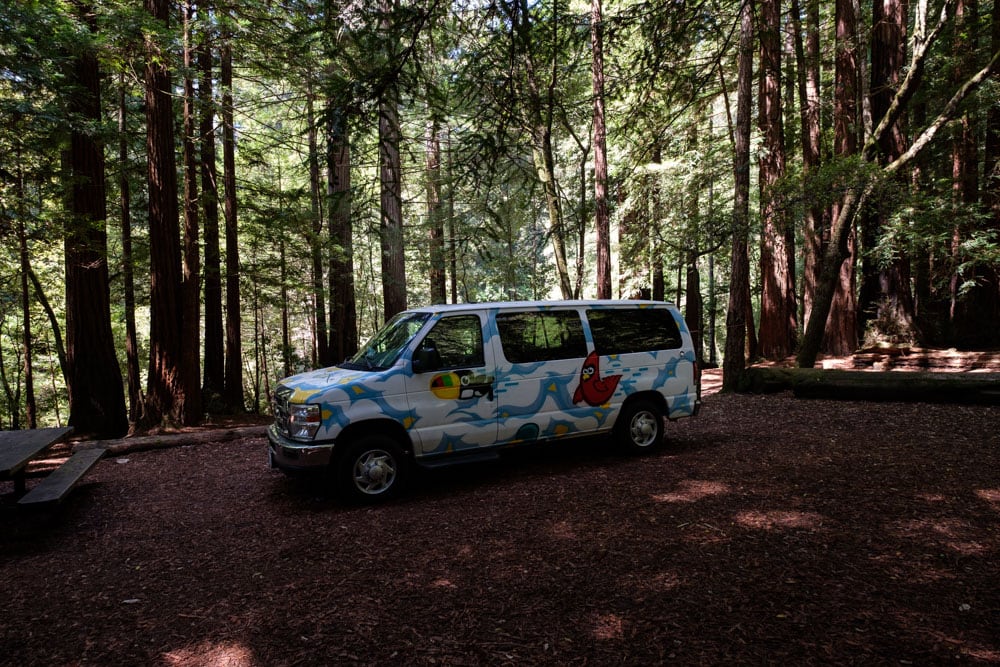 This week marked the middle of our USA adventure, also marking the middle of our longest time spent in a camper van so far (we were due to have over six weeks in our Escape camper van). So we were looking for a little indulgence this week to treat ourselves and perk ourselves back up for the last three weeks feeling a bit grubby in the van.

Our first stop in week 4 was Monterey Bay, which we'd briefly heard of for being a beautiful stop along the Californian coast. Our reason for stopping there though was completely different. We stank ['stank' is a bit strong – Josh] after our free camping and needed a shower. So we headed for the memorial park at Monterey Bay where there were free showers.

When we pulled up at the campsite at lunchtime we realised that it looked pretty full already and were quite chuffed that we had a spot, at the time we had no idea why the campsite was seemingly full.

That afternoon Josh was taking photos as usual but this time was stopped by the ranger who asked what he was taking photos of, after engaging in a short conversation the ranger was recommending that he take a short walk down to the beach to take more photos. So off we went, thinking it would be a short stroll. It turned out to be a lot longer than I expected it to be and all uphill on our return! The beach itself was nothing spectacular, we've been very spoilt for beaches this year and the weather wasn't great. However we did see some seals from a viewing deck which was pretty fascinating and made the long walk worthwhile. 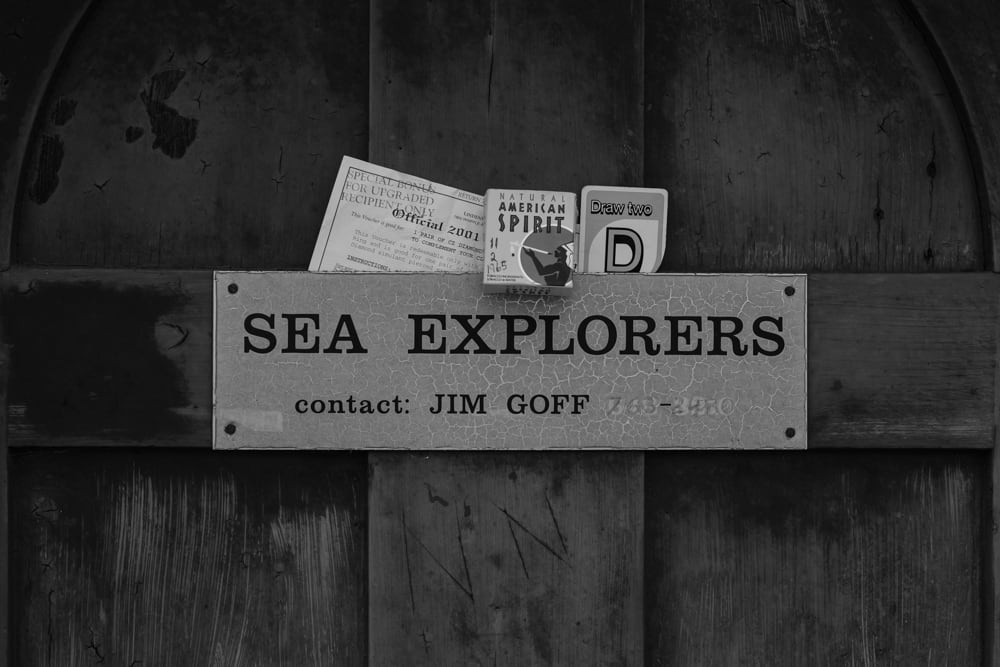 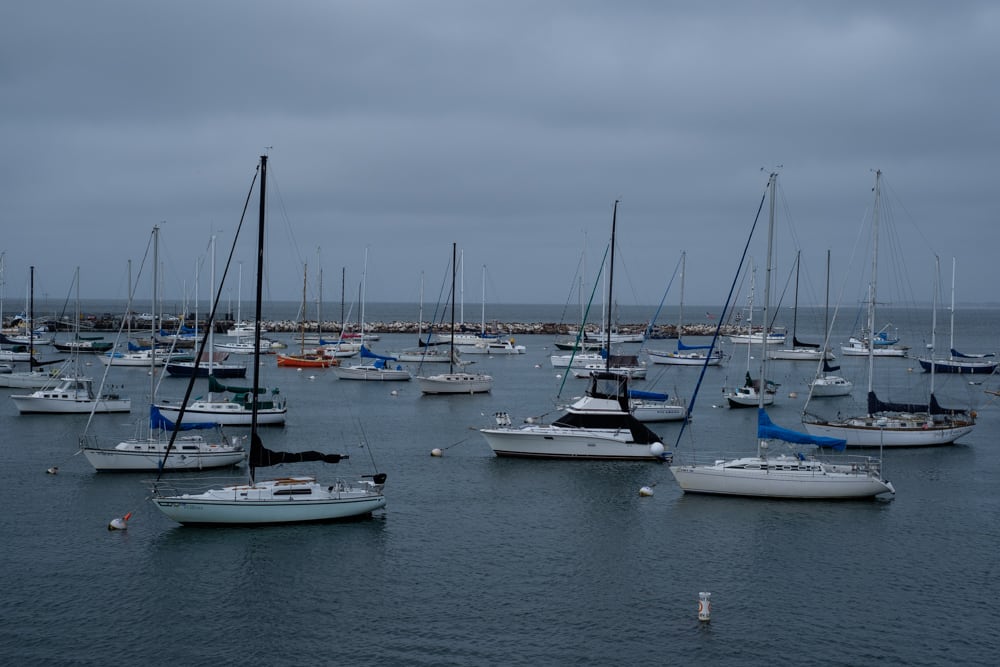 After we walked back uphill to the campsite we got chatting to our neighbours who had arrived with a ton of mountain bikes, what a way to pique Josh's curiosity… We were also realising at that time that around half of the campers in the park also had bikes which was quite a large amount. Our neighbours were a father, his fiancee and his son. They told us they were all competing in their own downhill races at Sea Otter the next day. For those of you that don't know (I had no idea either) it's a huge bike event that includes a ton of different bike disciplines. It has races, shows and stalls. It runs for an entire weekend and people from all over the world attend it and we just happened to be in town.

We had a chat about our prospects of going to Sea Otter. Josh is a bit of a bike enthusiast so he definitely wanted to go, I couldn't imagine anything more boring. However, as the camper van was our only mode of transport it would have meant me dropping him off and then spending time by myself in Monterey Bay trying to find something to do until he needed picking up again. So I caved and agreed to go with him.

The next morning we got up surprisingly early and made our way to Sea Otter, we seemed to be in convoy with a load of other vehicles that all had bikes strapped to them. When we got to the car park you could tell the event was huge as there were marshals everywhere, unfortunately they pointed us towards a steep, bumpy and gravelly entrance to the car park field. Josh floored the van so that we would get up the hill, however neither of us had done the washing up of our breakfast stuff and yoghurt sprayed all up the back doors! Whoops.

Once we made our way in to the Sea Otter event we started walking around the stalls area without a real plan, at this point I just followed Josh like a lost child and kept quiet. After him asking if he could leave me at a tent full of benches on my own I tried to take a bit more interest in the stalls we were looking at. It was at this point that Josh looked at the events timetable and set a vague plan for the afternoon – Danny MacAskill's drop'n'roll tour show followed by lunch followed by races in the afternoon. 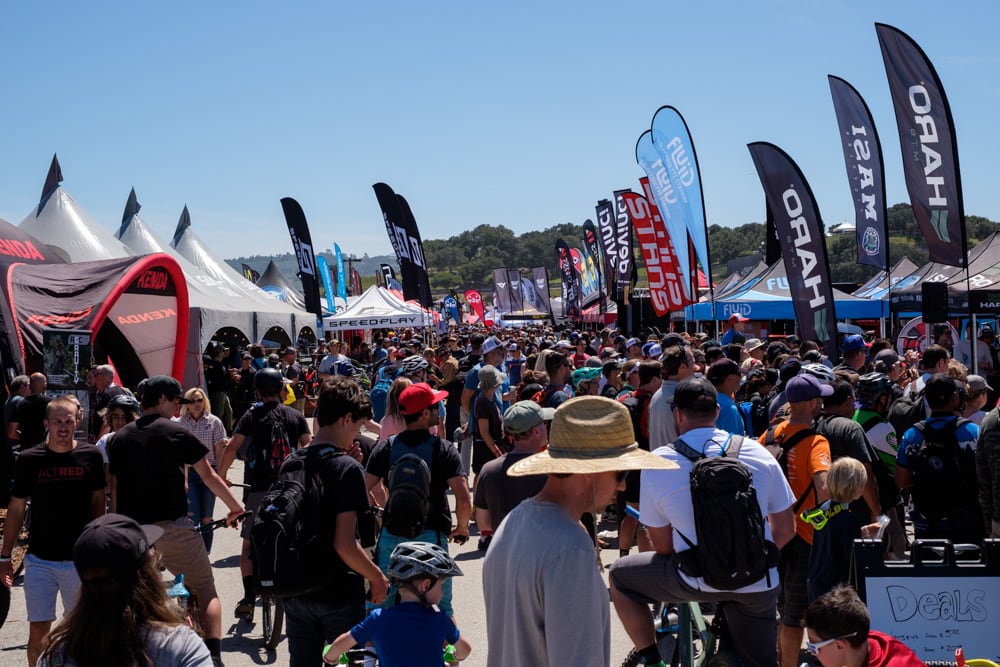 So off we headed to the Danny MacAskill show, if you don't know who this guy is then you should definitely watch his videos on YouTube – I'd seen one before after my brother and Josh had talked about it and I was super impressed. On our way to the show we looked at the Winnebago RVs (mega huge and fancy, our Escape camper van doesn't even compare) and donated to a charity run bike park in exchange for some caps to keep the mega hot sun off. The show itself was absolutely incredible, it was super exciting to watch three guys throw their bikes around on and off boxes and ramps that would have been dangerous for any normal person. 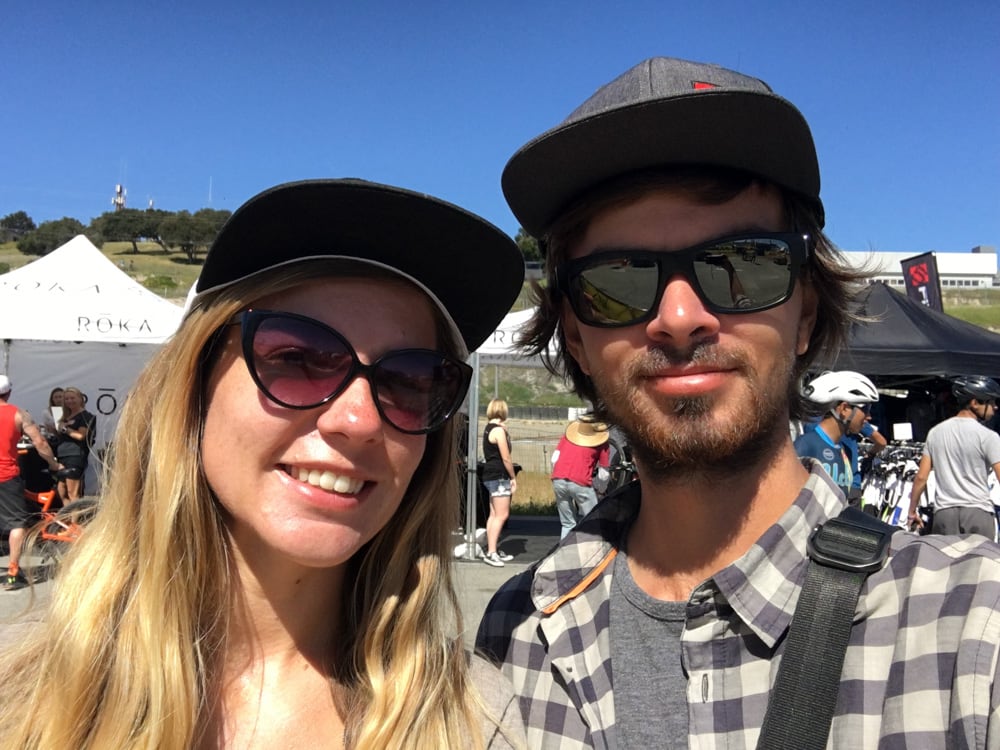 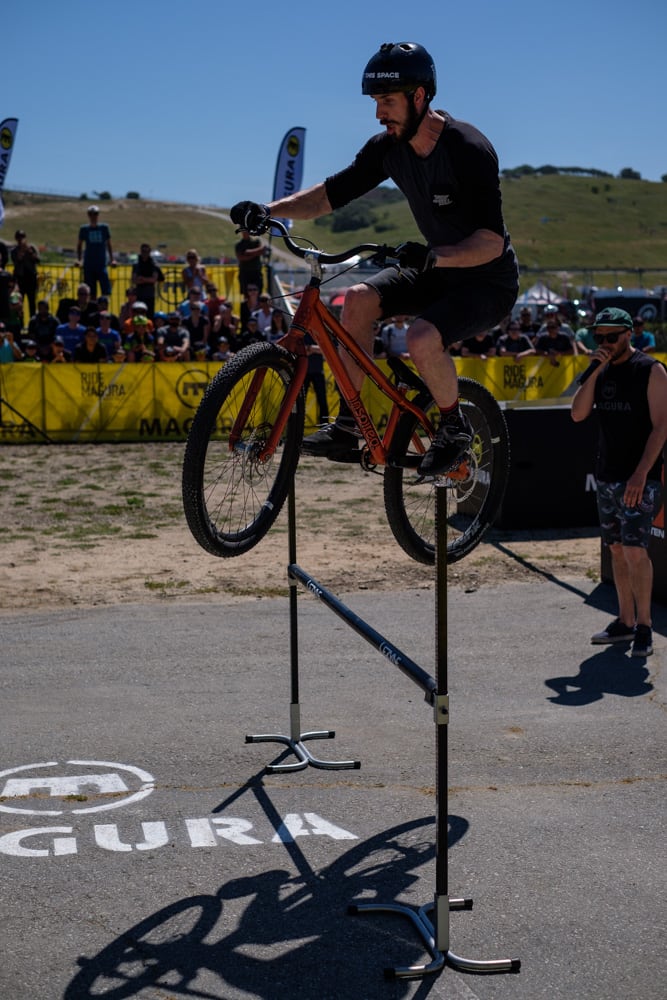 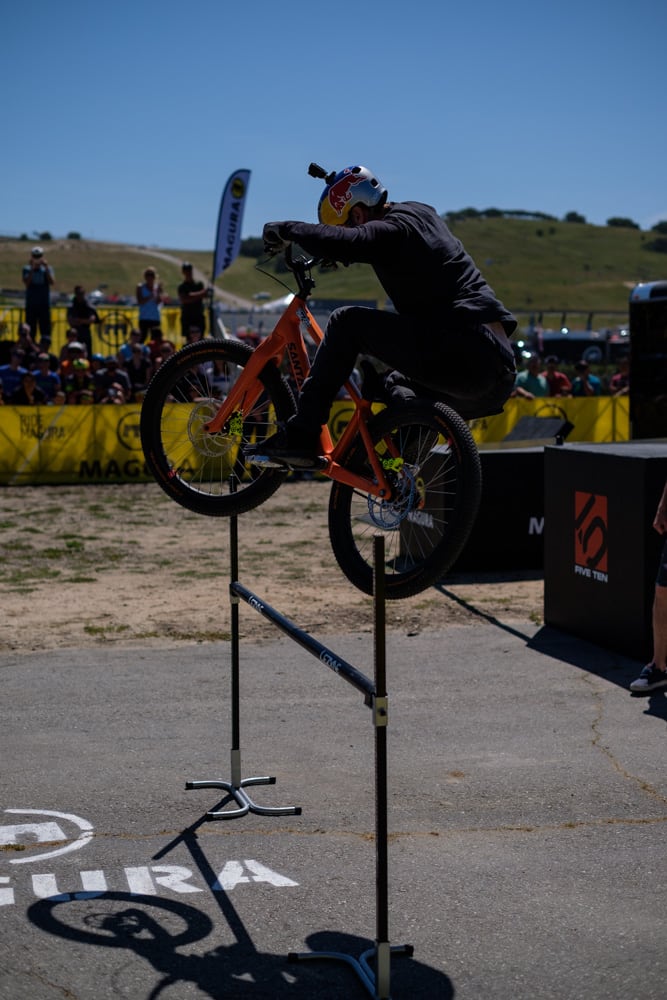 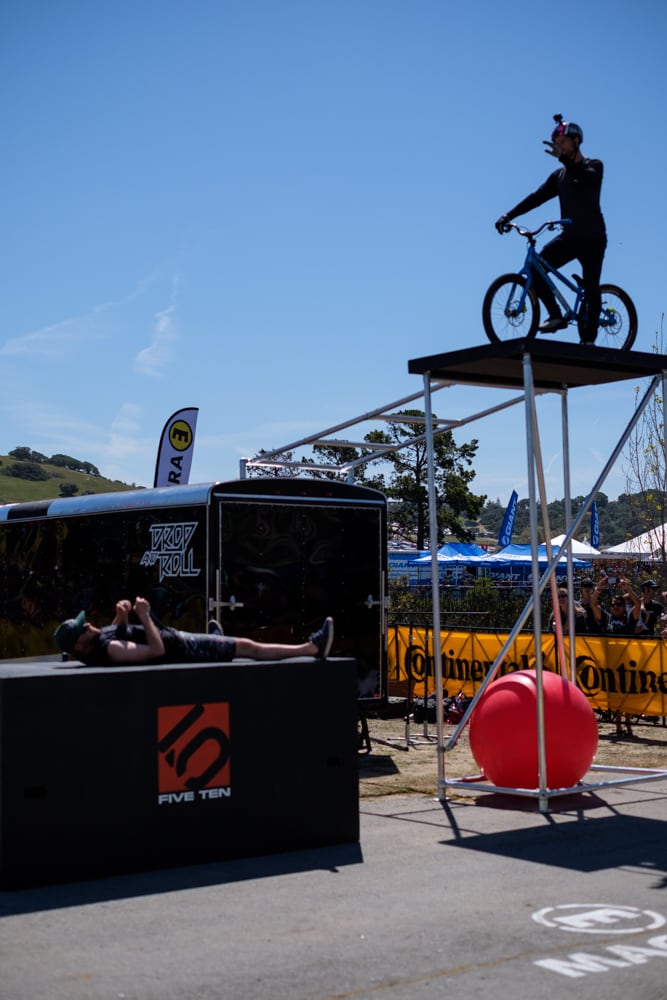 Afterwards we were starting to feel the effects of the blistering hot sun so took a break for lunch in our camper van and then headed back to watch the Brompton USA championship (Yes. Brompton. Yes, those fold up bikes.) The aim of the game was to wear a suit, put your folded bike down and return to the start line. Once the timer started the competitors ran to their bike, had to unfold and assemble it and then ride five laps of the race track totalling about 8 miles. It was hilarious to watch and we stayed to see who won. Once the commentators were able to identify the winner of the female category they interviewed her and asked how long she'd been riding a Brompton bike for. She was honest and said she'd only started the night before as someone on her campsite was looking for a team mate! Pretty impressive story and now she gets flown to London to compete in the world championships which we're going to try and catch. 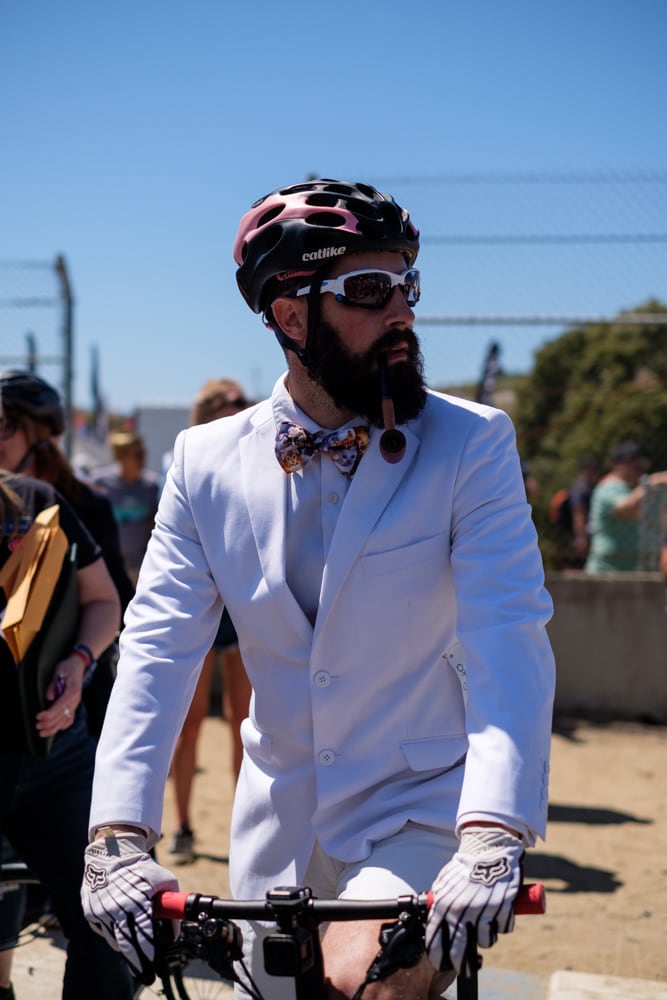 We concluded the day with watching part of the dual slalom finals (2 competitors do a downhill course against each other at the same time) which was super intense and exciting until the start gates broke. We took that as our cue to leave and we got a HUGE ice cream on our way out of the event. It turned out that I enjoyed myself a lot more than I ever thought I would! 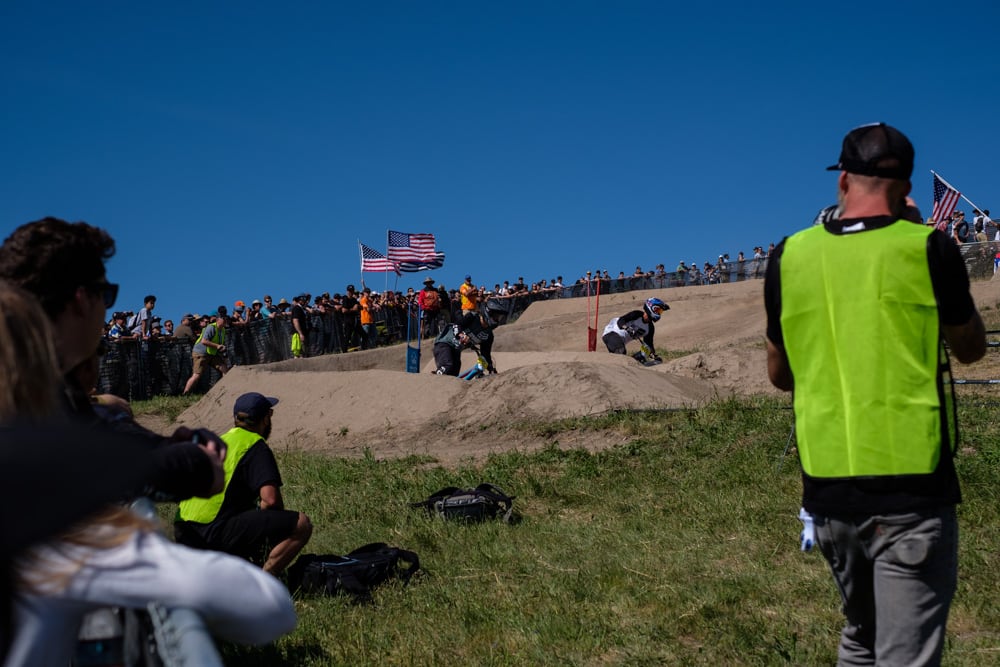 When we got back to our campsite we got chatting to a guy and his dad from Tasmania, discovering that the guy was taking a month off school to tour America entering cross country bike races. When we both wished him luck for his final the next day you could tell he really didn't need it. I felt a pang of jealousy at someone being so good at a sport they could be confident they'd win a race with people entering from all over the world! It was super impressive to hear his story. We also then had a quick chat with our neighbours once they returned from their races before they went to bed early for the father's final the next day.

The next day we both admitted to being a little tired of van life so whilst I was in the shower Josh surprised me by booking 2 nights in an Airbnb near San Francisco for a few days time. It was a lovely surprise and much needed!

We had a few days before heading to San Francisco so we stopped midway at a place called San Mateo. The campsite was in the middle of a redwood forest and all the trees were HUGE. As soon as we got there we went for a walk where we saw the tallest tree in the wood which stood at over 68 metres tall. 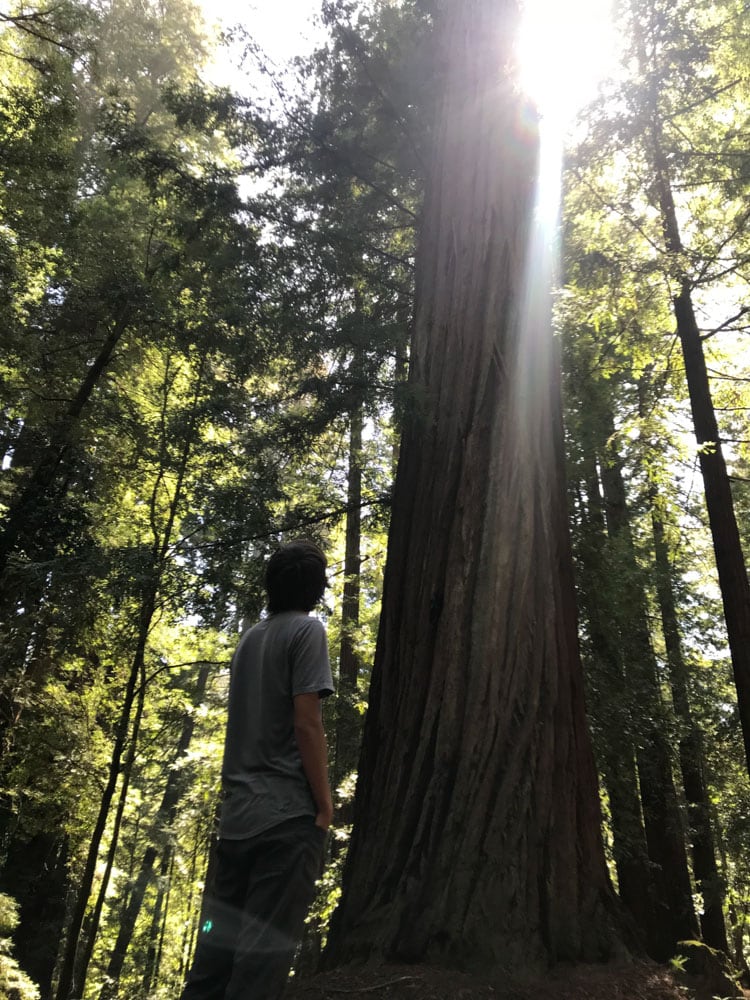 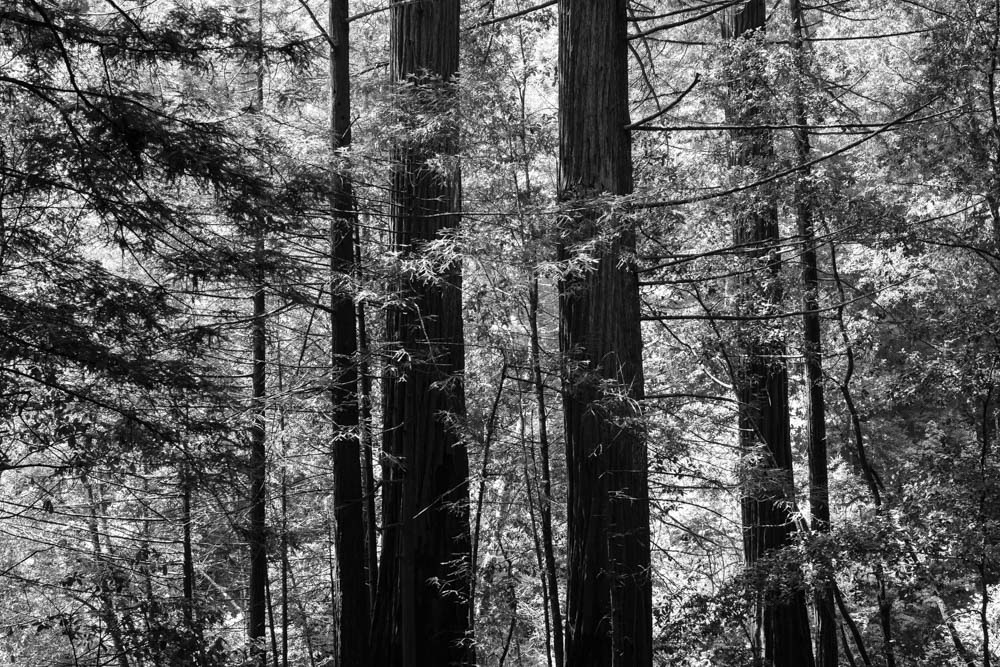 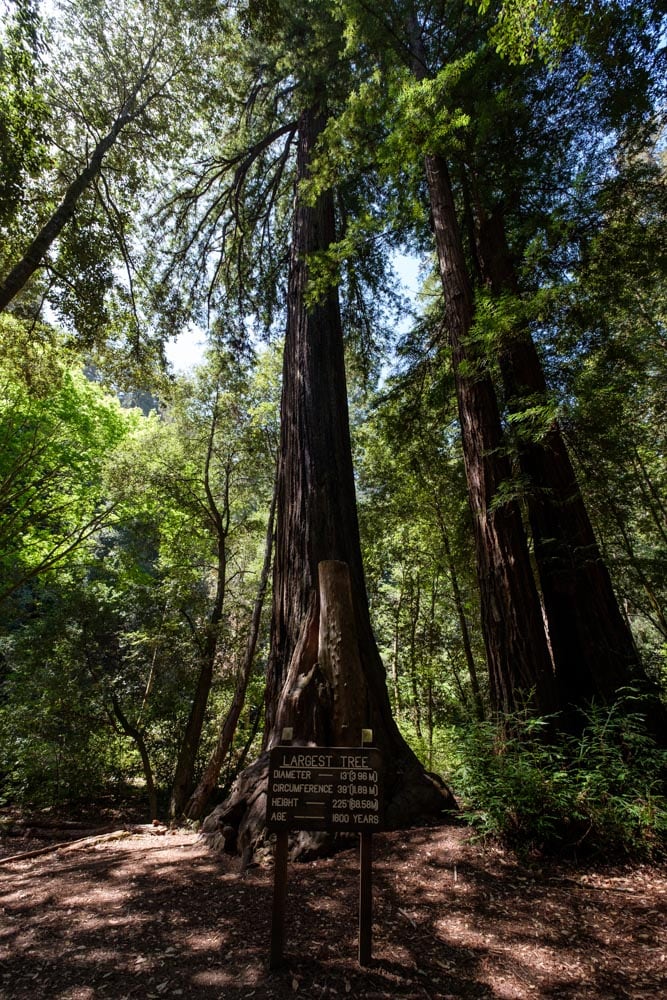 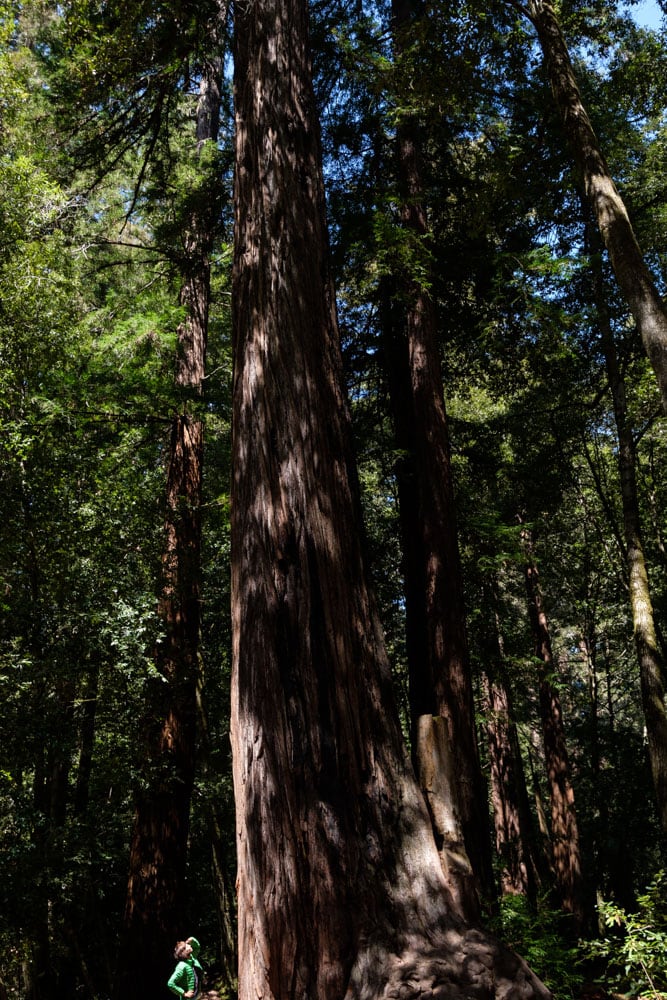 During the rest of our two night stay at San Mateo we read, did more walking through the woods and acted like children giving each other piggy backs round the campsite and play fighting. We also visited the local shop which looked very quaint but the sourdough bread and the cinnamon swirl we got were quite disappointing. 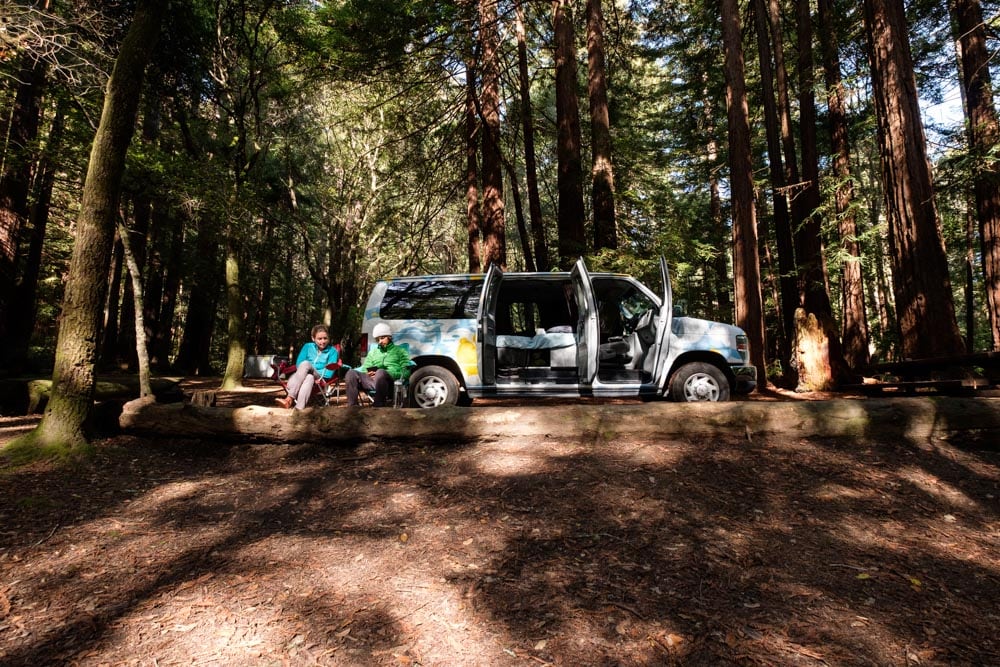 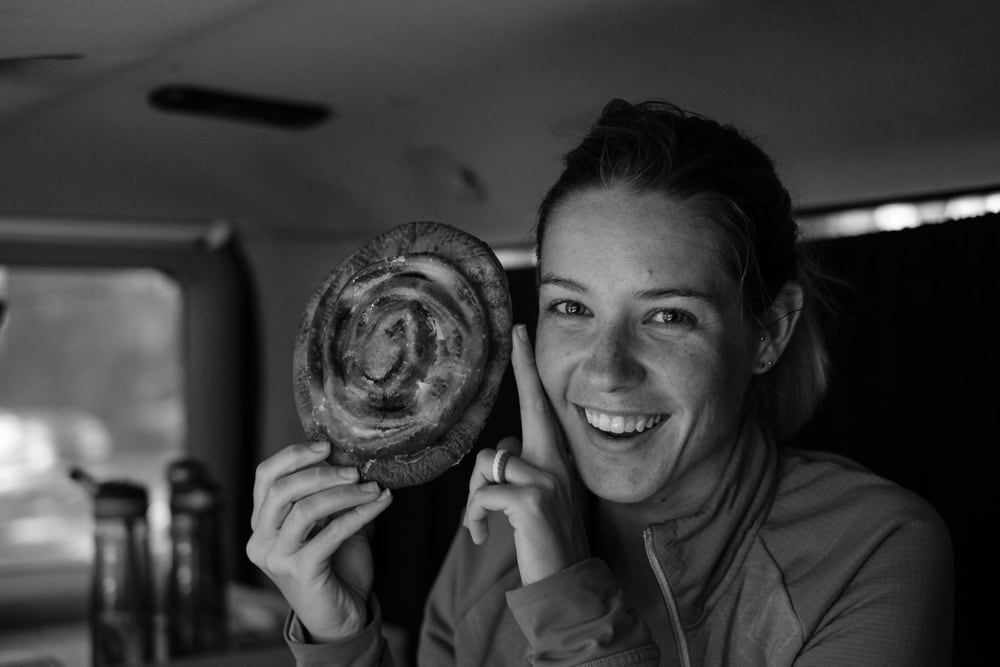 When we left for San Francisco we headed straight towards the city so that I could have it out with HSBC in person as they were refusing to do anything on the phone about my locked accounts. Unfortunately San Francisco does not have easy parking so Josh ended up driving round in circles and we gradually got more and more annoyed with each other. So we gave up and headed to our Airbnb where we knew we could park for free and then get an Uber into San Fran. However, when we finally got into HSBC the UK phone line had shut so nothing could be done. Josh had also wanted to look at a specific pen [That's right, a pen – Josh] whilst in San Francisco, but we couldn't find that either. Our day was not going to plan at all! 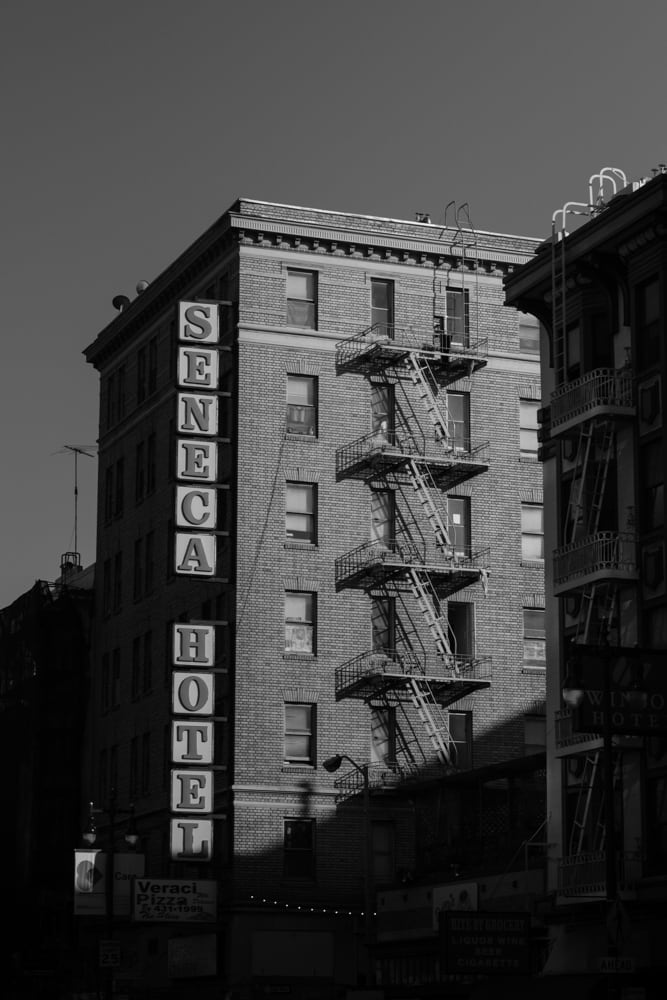 Eventually we just gave up and decided to get coffee then walk around the main shopping area a bit before separating. I headed off to have dinner with an old uni housemate whilst Josh wandered and then we reconvened to head back to the Airbnb. When we got there we were greeted by lovely hosts and a lovely little dog as well as yummy almond chocolates and a coconut drink. Heaven! Our evening was looking up. Until we realised how strong the coffee we'd had was and that neither of us was going to sleep very much that night! 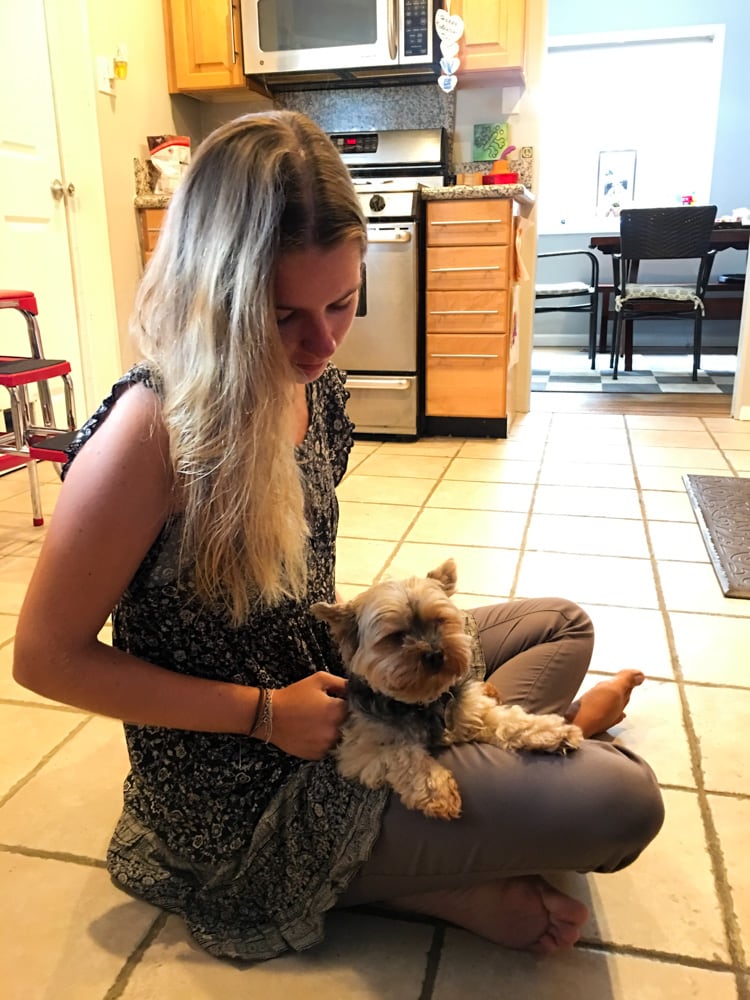 The next day we had amazing blueberry bread for breakfast before our host offered to take us to the nearest train station. So we headed back into the centre of San Fran and made a beeline for HSBC. This time we got there before the UK phone line had shut, with the help of the guy in San Francisco and a deputy fraud specialist from the UK we were able to finally gain access to my accounts and send money to Josh. HURRAH! (Touch wood I haven't had a problem since.)

We treated ourselves to a celebratory Starbucks (had to be done once whilst we were in the USA) and then headed to the main tourist landmarks. We walked to Pier 39 where we watched a large group of sea lions arguing with each other about their space on the floating decks like in Finding Dory, it was hilarious. We got chowder in sourdough bread bowls at an apparently famous sourdough restaurant. Then we headed to see Lombard Street (a pretty well known super tight and steep turning road) before returning back to our Airbnb. 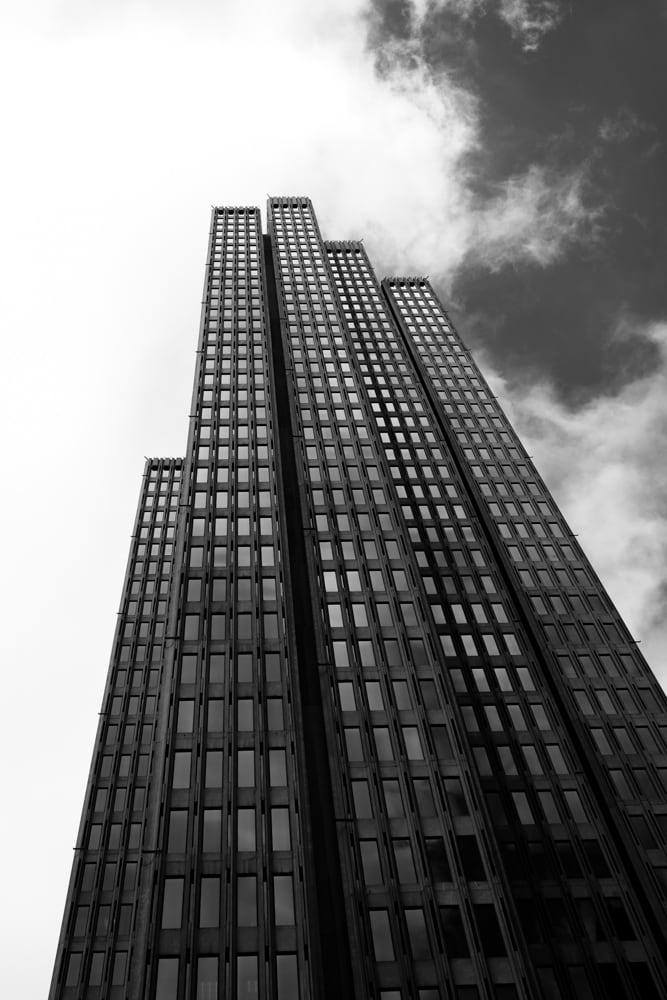 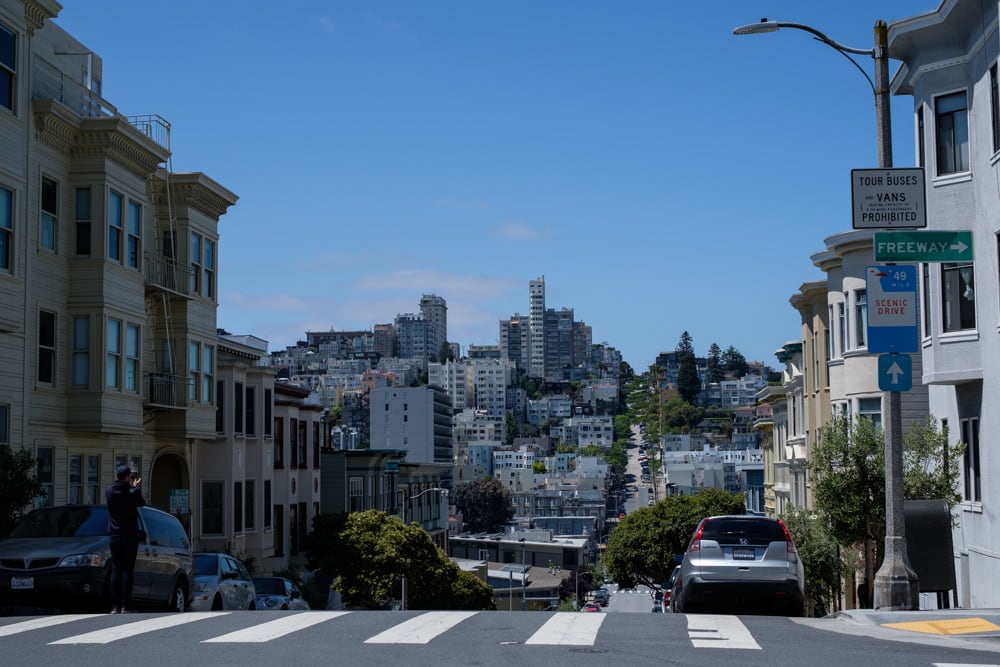 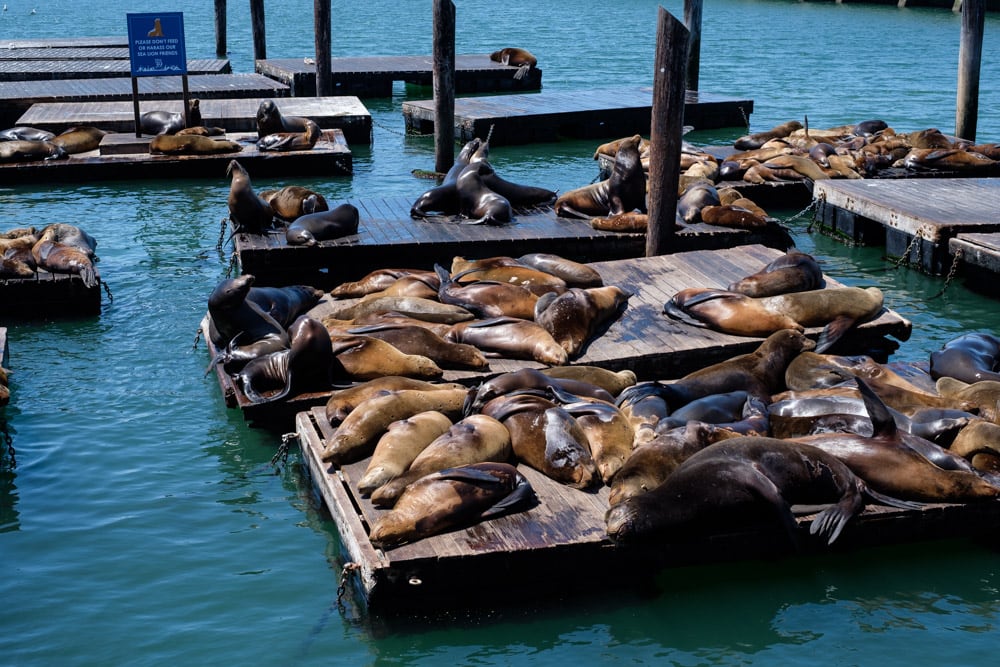 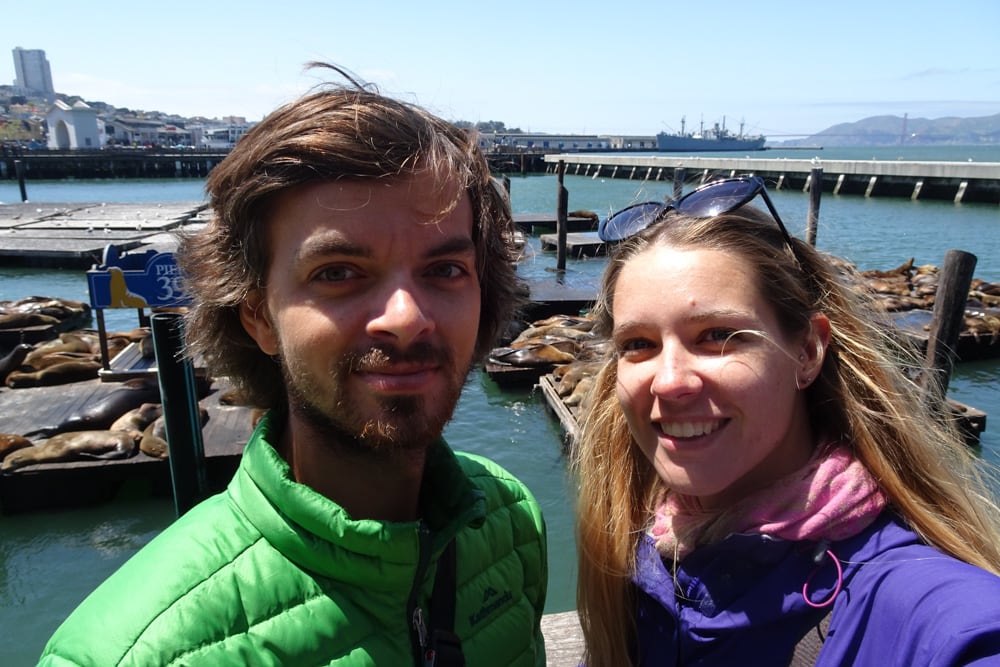 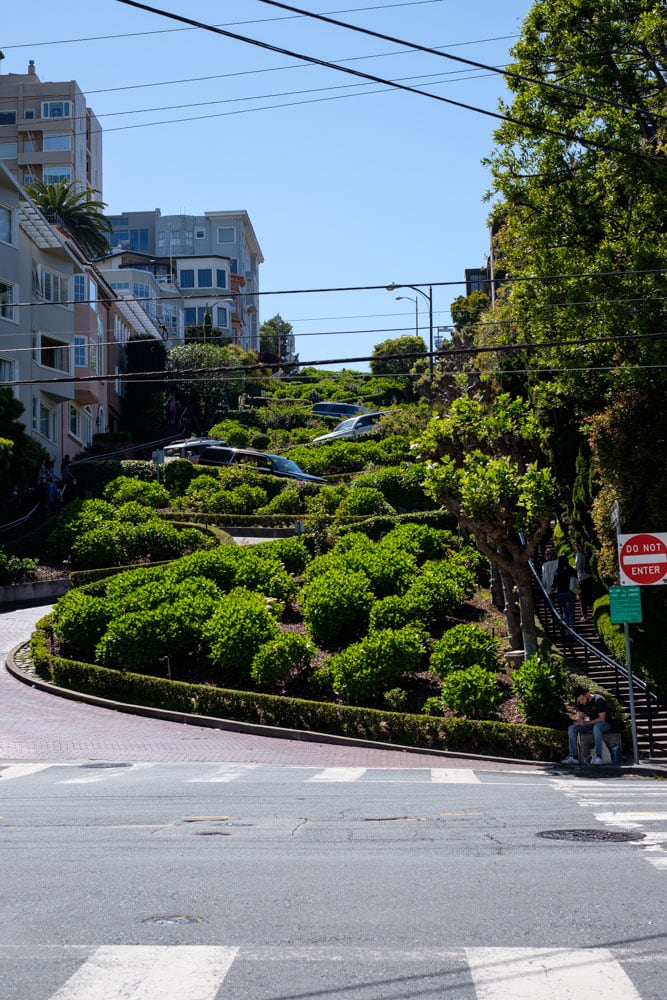 The next morning we were able to use the washer and dryer at the Airbnb so got all our clothes and bedding properly clean for the first time in three weeks. It felt like pure luxury!

Our fourth week in America turned out to be amazing, not every experience was great but they all taught me something new (whether it was about how to not get annoyed about something or that it's okay to need a bit of luxury from time to time) and that's the most important thing. I found Sea Otter a lot more enjoyable than I thought I could and have even agreed to go out on my bike more at home! I even considered seeing what local races would be like, HA. The redwood trees were absolutely incredible to see, knowing that some of them have been around for nearly as long as our modern calendar. San Francisco was nice but unfortunately the homeless population was the largest we'd seen on our travels and I felt a bit uncomfortable being a tourist swanning around when there was obviously a big problem in the area.

Our first couple of weeks were spent driving around the desert landscapes of southern California and bits of Nevada,…